Discussion of 4-Cam Type 547 engines (and all the Fuhrmann racing variants) and cars that powered them.
Post Reply
6 posts • Page 1 of 1
Message
Author

I thought it would be useful to be able to drive the GT Carrera on the street, but the P-Shooter exhaust is way too noisy. Of course, there was a standard street exhaust complete with heat exchangers for the GS cars, but I wanted, a much simpler exhaust which would simply substitute for the P-Shooter. The obvious solution was to fabricate a copy of the Porsche 356C exhaust which would interface directly with the 5/8" P-Shooter headers. I found a diagram of the internals of the 356 exhaust, it has three chambers, with three internal tubes and three baffles. 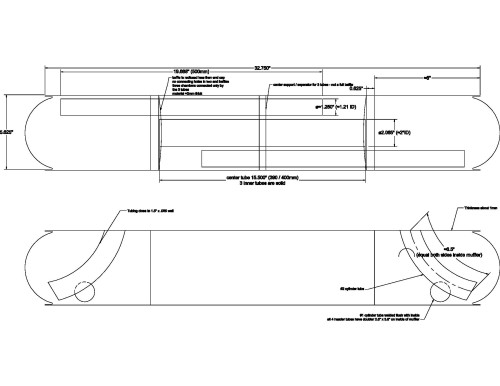 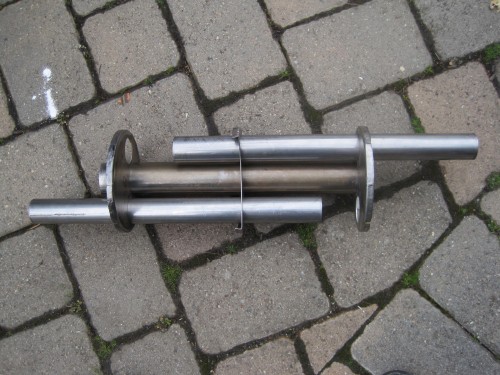 The End sections were lengthened, and the overall length shortened to 356A muffler size. 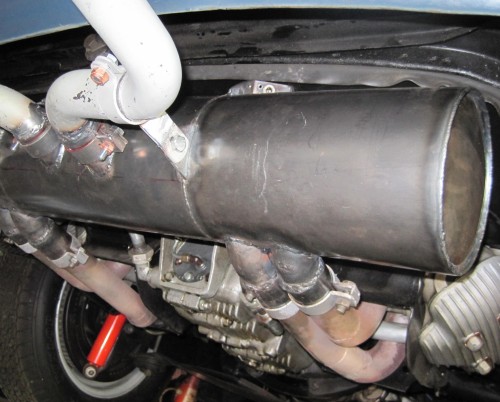 I retained the 356 C center output and the S-pipes. It would be easy to move the output pipes to the 11" spacing, of the 356A and I had intended to do that to see what difference it made to the loudness, but I probably won't get around to that any time soon. 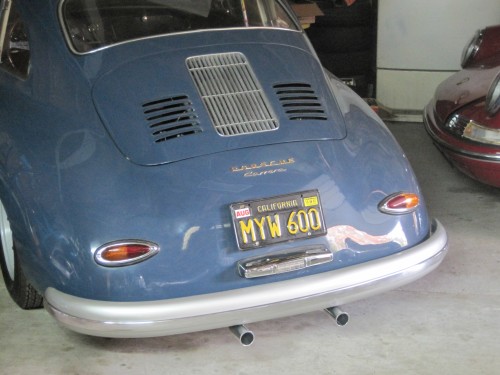 The tail pipes are chrome powder coat which is difficult to tell from chrome plate and a lot easier to fabricate. The muffler is sufficiently quiet to drive on the street, which was the objective.

How loud is it compared to a 616? Could you share the C muffler diagram? Looks like you came up with a good solution to the noise.
Cleveland Ohio
62 Cabriolet
56 VW
02 IS 300
04 Sienna
Top

I knew the loudness question would come up and I don't have a good answer. It's quiet enough to drive on the street. As for the diagram,
added it.

Very cool, Harlan. Miss my 59 GT coupe. Happy to say that after being squashed like a bug and totaled in the disastrous Road Scholars explosion, it is being fully restored in the Netherlands at great expense, but will rise like a Phoenix from the ashes fairly soon. 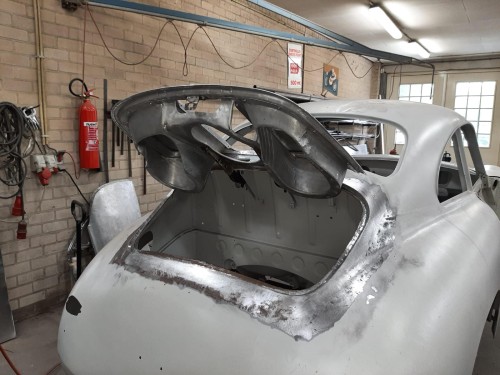 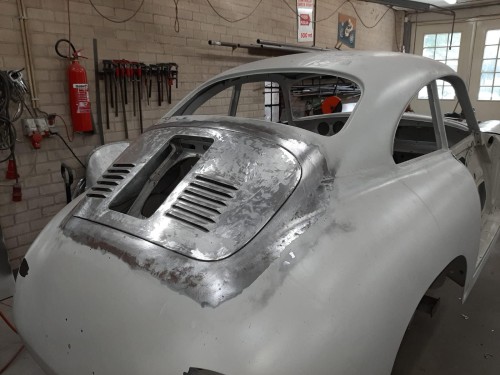 Harlan - did the 4-cam muffler have a retaining strap on it similar to the Euro exhaust pushrod motors?
Greg Bryan
Top

Greg,
There are small, about 1/2" dia., struts which lead from the generator stand mounting studs down through the tray to bands around the exhaust can. Slightly different between the 60 deg V drive and the 90 deg V drive. I duplicated these to support the muffler off the block. Similar function to the 356 Euro exhaust support.
Top
Post Reply
6 posts • Page 1 of 1