Finally some big updates, I took it on maiden voyage last week!
Had a successful shakedown run, but let me tell you about a few fails first:

I did not know those 5.5’s did not fit, learned this when a wheel weight caught the shock mount and stopped, gouging the tire in the process.
I modified some 5mm adaptors I had on hand and still had some bad sounds, then discovered the rim hitting bump stop.
I rolled up the edge of bump stop and all seemed well. I touched up the repair with undercoat and backed her off the ramps. I heard a blasting air sound so thought I ran over something and had a flat tire, but it was actually the sound of an undercoat can getting crushed and spinning under car, discharging the entire contents! Fortunately very little got on bottom of car, most of it was on floor and ramps. This was another event that was not good for my vocabulary.
Things in back were sounding better, but now what’s that faint noise from the front when turning? That would be the brake lines rubbing tire at full lock due to improper angle of fittings, fixed that and all has been well ever since.

I put over 100 miles on it bombing around the back roads. I pulled some good hills and am pleased with its power. It happily revs to 5K. She might as well get used to the dirt roads now, because there is no avoiding the around here. It is tight as a drum on rough roads, very solid feeling. My wife already drove it and I even let my 11 yr old take it for a spin. He is a great driver and can drive stick very well at 11 yrs old.

We drove it up to original owners house and they loved seeing it again. They had some good story's about the cars early days.

Brakes, clutch, controls all new and feel great. Everything works except horn. It shifts nice, but dang these things have a long shift throw – even with all new bushings, I can’t imagine what they must be like when worn.
So nice to see this car out in the light of day, looks great inside and out – even if her chrome is a bit pitted and her paint a bit tired. This is the first time it has been driven in over 30 yrs. 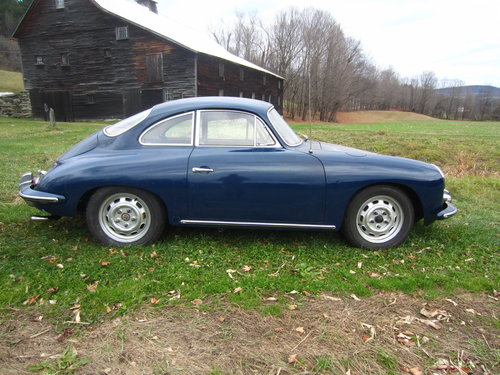 Still needs a good detail, but looks pretty good after a quick wash. 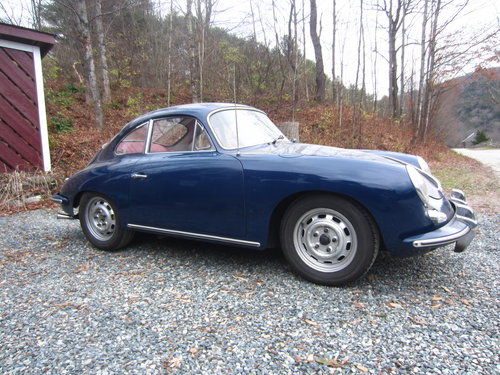 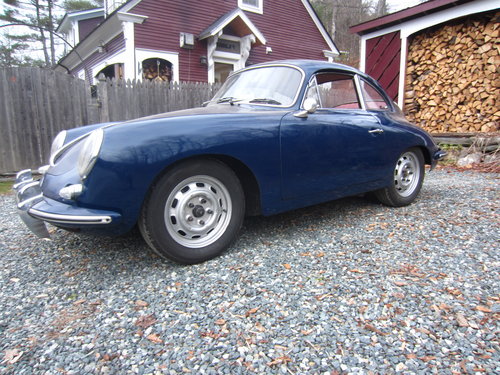 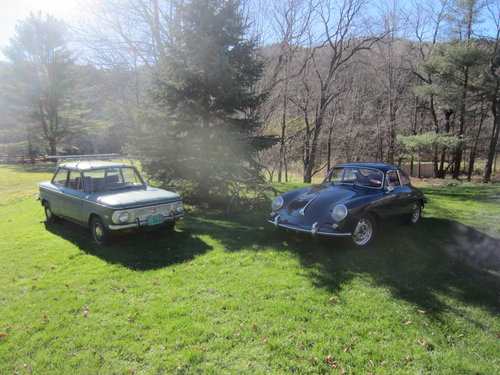 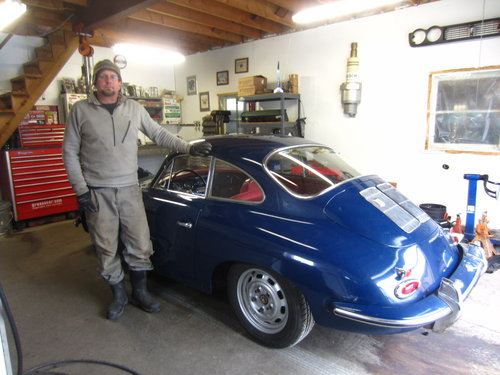 Not too happy after undercoat can incident (see floor behind car)

The "bitsa" 912/S90 runs like a champ.Oil psi 40-50, revs up quick, no smoke, no leaks, starts right up hot or cold and sounds good! All I did to this engine is replace oil pump ( for mechanical tach drive), replace relief springs and time/tune/valve adjust. THe engine was recently rebuilt but I have few details. Anything can happen, but I’ll take it for now.

I plan to rebuild the original engine stock but this may take me a couple of years.

Still need heater control valves, but they can wait for now.

Original seats, new carpet and mat installed. Interior looks good, but I would like to replace the rear panel with something different.

All instruments work, including the repaired tach. Everything works except for horn (seemed to have lost a part, maybe a spring?). 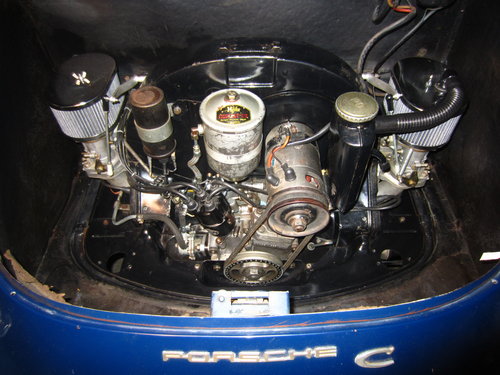 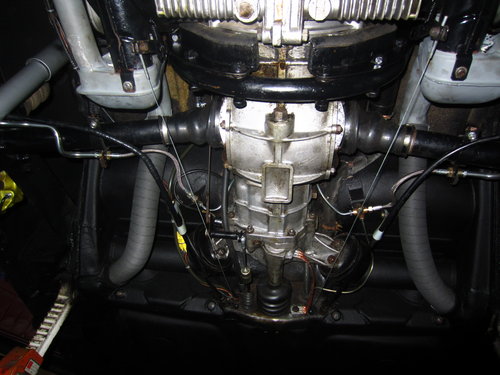 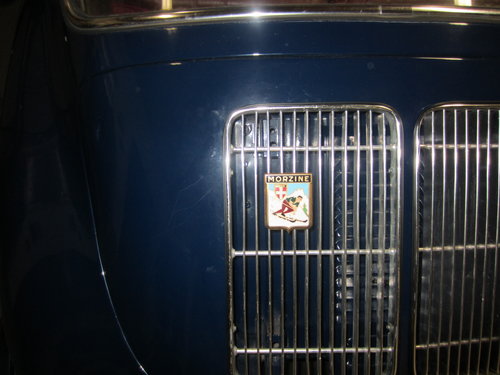 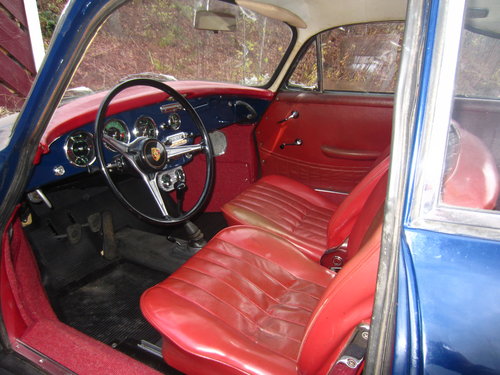 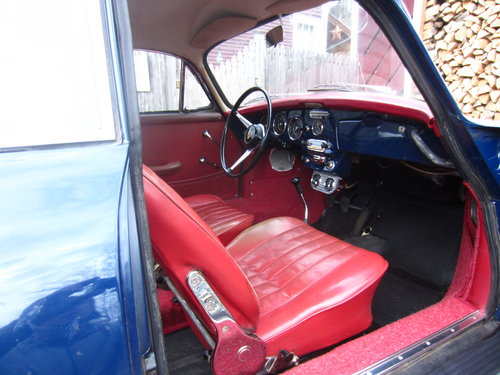 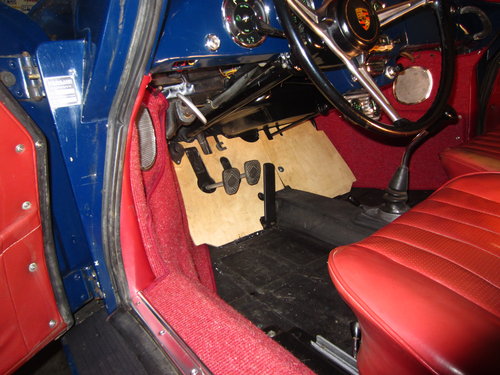 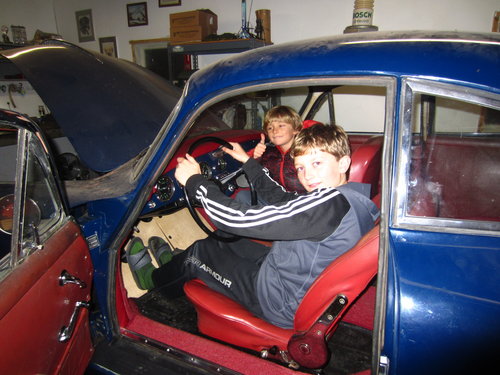 I still need to clean up under the hood better before installing the liner.

The fuel cell filler was used to access and clean the inside of tank. It works for now, but the tank will be replaced eventually. 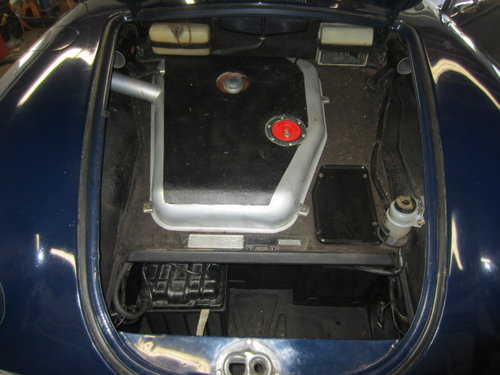 Last drive this past Saturday, now there is snow on the ground.

Hi Cliff, I wish it were a doner for one of those!

The engine almost ended up in an Indian, but ended up going into another NSU car instead. The guy was looking for good one for years and made me an offer I could not refuse. Hated to sell it, but had to make a sacrifice for 356 stuff. The NSU is very rusty underneath in all the wrong places, so it will remain as yard art for the ages. 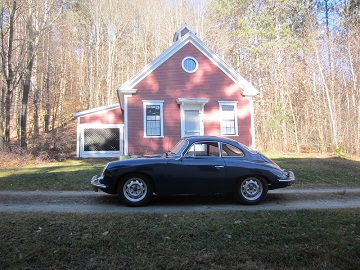 Too bad about the NSU but we can't save everything. I really like the pictures of your kids in the 356. It reminds me of the excitement I enjoyed being around cool cars with my dad and it also reminds me of my daughters when they were little and visited me in the garage while I was working on my cars. Now I look forward to enjoying these things with my grandson and granddaughter.
'57 Speedster
'59 Sunroof
'60 Devin D Porsche Race Car
'63 GS 2133 coupe
'67 911 S Original Owner
'03 Ferrari 575M
'09 Smart Passion
Top

Thanks Cliff, glad you can share the car hobby with both generations, what a nice collection they get to be around. My kids are also into cars. In fact today they bought the "Porsche pack" for new Forza game. I hogged it this evening and it is fun, but no 356's??!!

Yes, it is a shame about the NSU, but bottom of that thing is toast; Suspension mounting points, floors, engine mounts, etc. Engine was removed in 1980 to fix a rusty engine mount which never got done, then it sat in a barn till I picked it up in 2010. We love looking at it every day though.
Last edited by M Penta on Fri Jun 23, 2017 12:24 pm, edited 1 time in total.
Top

356 was in storage and I did not work on it at all this past winter.

Got it out last week and finally gave it a light compound and wax for the 1st time in probably over 30 yrs. Cleans up pretty well but paint is not as good as it looks in pics, has a lot of tiny bubbles which are quite noticeable when up close.

The car started right up and is running well after its winter slumber. I toured around the back roads and it is so much fun to drive!

Next task is get those magnesium rocker stands out of there and I would also like to change the exhaust.

Hope to finally reg it next week, an expensive day for me but ready to get this thing on the road! 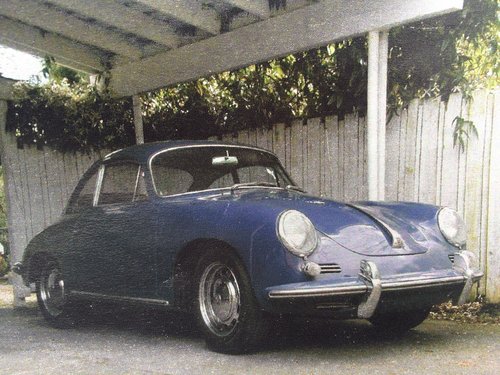 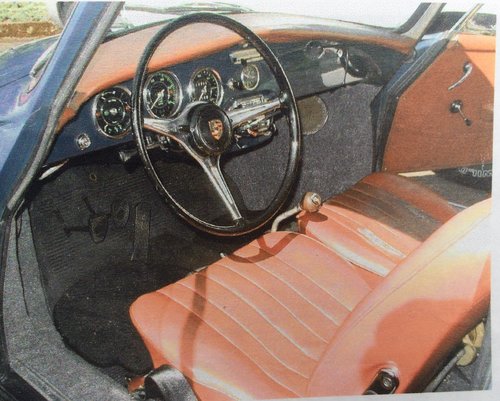 Red interior, it is what it is! 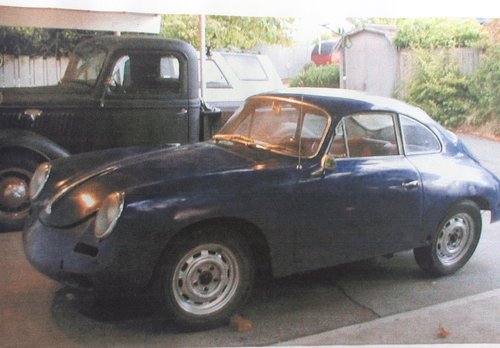 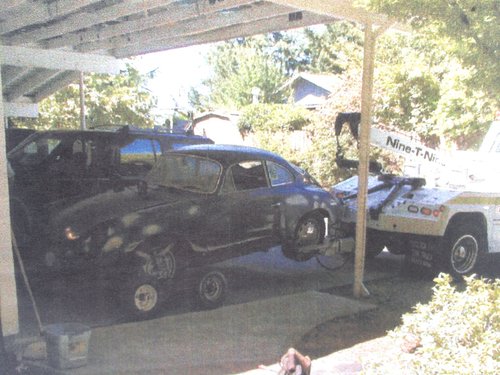 Yours is the only other one I have seen with this color combo. A familiar story on the other side of the country.

Finally got it reg'd and took it on another “1st" drive on some of the nice driving roads around here.

I did a nice loop to pick up my kid from Soccer with my younger son riding in the car, he fell asleep in the back seat in like 10 minutes, which was good so I could pay attention to the car instead of him talking my ear off about some super hero movie.

I smelled some oil and sure enough had a leak which sprayed down my freshly cleaned engine compartment. The leak was from the oil line to filter, which was kinked slightly upon installation. Line has been replaced and leak is fixed.

Next “real” 1st drive included a couple of pulls over the mountain on a hot day. Oil pressure is good and temp stayed under 1/2 at the top of the long hill. This was encouraging but on the way down the hill I could here a sound when driving along side a guard rail. I removed the gen belt for a quick check and noise persisted. This brings me to the next project;

The noise was a broken intake valve spring on #3 intake, which led to all new valve springs and full rocker gear replacement with that from my original C engine. Some of the valve springs had some pitting and should not have been reused. This was an opportunity to swap out the mag stands on the 912/S90 mystery motor with the alloy stands from the C. The rocker tips had some wear and the C's are in excellent shape so I swapped the entire assembly out after cleaning/measuring/inspecting everything. I hate to borrow parts from the original engine, but it was my only option . This was a major pita to do with engine in car, but got it done after a 3 day fight . I had to modify a spring compressor to work on these heads and the whole process took a very long time. I also had to make some go/no go jigs to measure installed spring height.

All C rocker parts were cleaned and inspected, everything is in excellent condition. I hate to borrow these parts from the original engine, but they will go back when I rebuild it. The 912 rocker shafts are mostly OK, I plan to send the assembly out to have the rockers resurfaced (if possible).

I'll report back after next 'maiden voyage'.

Cleaning up the tool kit; missing a screwdriver but otherwise complete and in nice shape. The mouse nibbles on the roll are a good reminder of the mouse condo that was in the car when I got it.

Beautiful weather today so found some time to sneak out for a drive. I regularly drive these roads but it is an entirely different experience in the 356. Saw several classic cars on rt 100 and got lots of thumbs up.

I brought my fluke and monitored CHT, stayed well under 300F at the top of the mountain, but it was not very hot out and I was taking it somewhat easy. One of the channels on my fluke is not working right so I had to switch Tc plugs to monitor each side individually (instead of both at once as I intended). It seems that one side runs about 15F hotter then the other side, but need to confirm with a different meter.

It is running pretty well but a few drivability issues remain:

The flat spot/hesitation under light acceleration is getting annoying now that I am driving it more. Need to get that figured out...

The gas pedal moves quite a bit before it engages throttle, I think linkage at carbs needs to be adjusted shorter.
Last edited by M Penta on Sat Dec 02, 2017 3:25 am, edited 1 time in total.
Top
Post Reply
164 posts