Discussion of 4-Cam Type 547 engines (and all the Fuhrmann racing variants) and cars that powered them.
Post Reply
4 posts • Page 1 of 1
Message
Author

I had sent my 692 3/A out to Bill when he was still in Fresno for a freshen-up since I had sold it. We towed the car out a couple months later, spent a day installing the engine and test driving. I took this "spy" pic of his schedule board......check out some of those names/cars It was a long wait for an engine rebuild. I miss Bill.....last saw him at a Rennsport event. One memorable trip was to Road America with 4 Spyders....ALL from Nebraska.......Baker`s 550 & RS60, Bob Edwards` 550A and my buddy Lynn Larson`s 550.......we partied hard!.....my favorite track in the country! 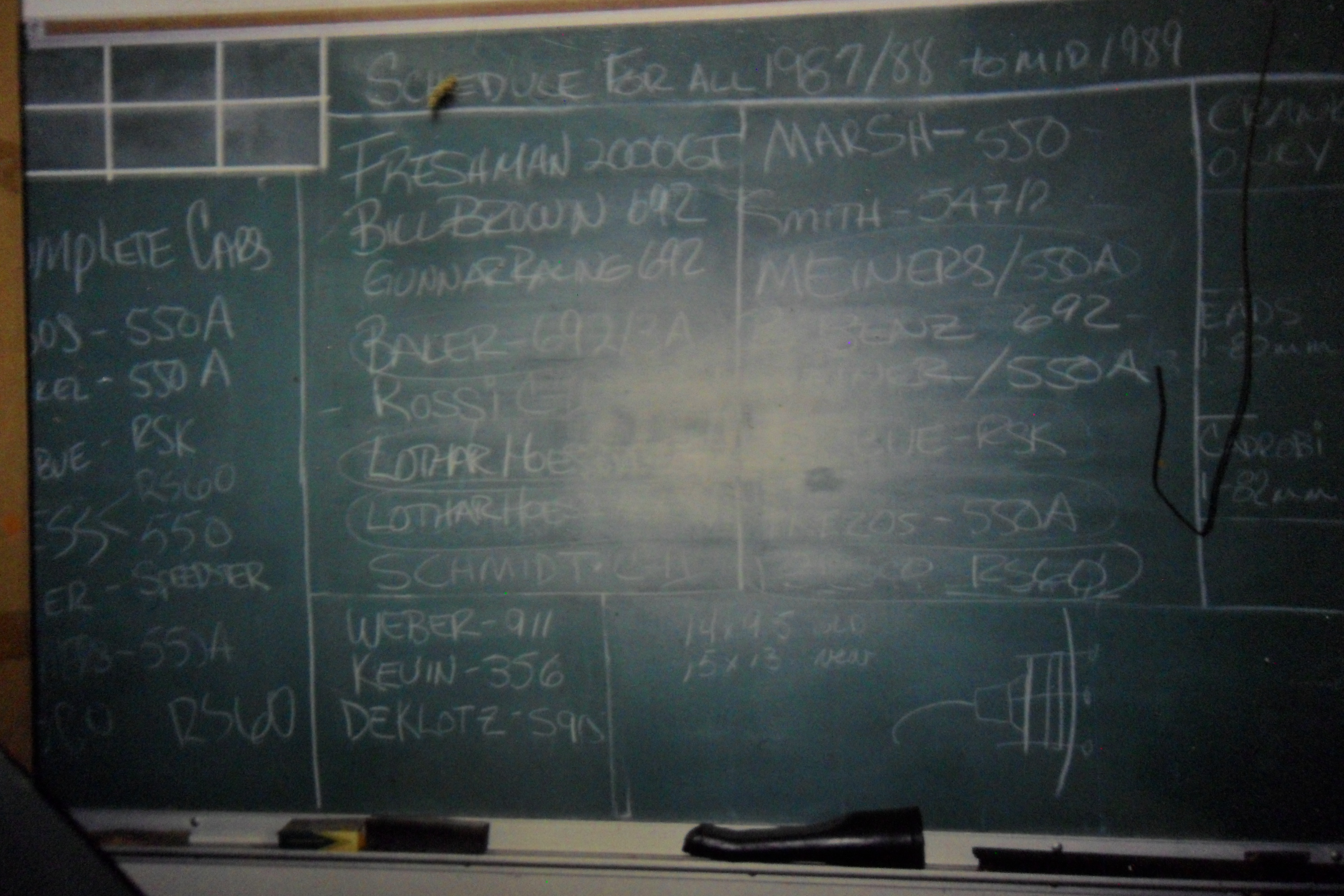 I see my friend Roger Meiner's name on that board, a Michigander, for his since sold Spyder.
Sebastian Gaeta
www.arbormotion.com

That’s a lot of engines he must have worked on!
It’s amazing too how well known he was; I knew his name and that he was the expert even when a 4cam was just a dream.
Top

4Cam guys are definitely left with a huge void. I met him when he was working with Wellington, he was much more open than Jim. Helped me on numerous occasions with bits I needed.
We all miss him and wish his family and friends the best that is out there.
Rusty
Top
Post Reply
4 posts • Page 1 of 1