Discussion of 4-Cam Type 547 engines (and all the Fuhrmann racing variants) and cars that powered them.
Post Reply
98 posts
Message
Author

I am curious if anybody has ever done the math on the effect on spring pressure of lightening the valve train (8mm titanium valves, keepers etc.) I think we would need an accurate cam read out to perform the required calculations. Through a friend I might have an in @ Schrick who could do this for us but I do not have the required cam data.
'56 Coupe
'57 Coupe
'59 Cab
'60 Coupe
Top

Hi Joris
Yes modeling can be done mathematically but even with a Supercomputer the "false motion" can be shown on a real test stand much easier. There are too many variables. In the industry cam + spring designers use a "Spintron" basically an electrical motor that drives a dummy engine using a non contact displacement sensor to gather the data. Even thought there are basically 5 different profiles available for the 4-Cam stock Warren Eads and Dick Koenig had at least 2 profiles developed using modern FFT based methods to come up with "better" profiles. If you read the Hans Mezger interview in the Carrera book there is a little gem that you may have missed: to produce the cam lobes for the engines the vendor only need the desired valve motion they had an "analog" computer to derive the profile so Han's math crunching was a waste of time.
j
Last edited by Jacques Lefriant on Mon Mar 08, 2021 12:36 pm, edited 1 time in total.
Top

Hi Harlan
a 2.0 911 has a bore of 80mm a 1500 547 is 85mm there was not the funding to contemplate a different head when the bore changed. the 911s when they went to 2.2 84mm they revised the head the next revision was when they went to the 3.0 95mm. and finally the 3.6 100mm. All the valve train tricks have been done already and as you point out they are not needed. Since Ibraham has shown us that heads can be done seperately i would propose that a modern combustion chamber and ports be considered maintaing the cam location to allow the gear drive.
j
Top

Jacques, Harlan,
You guys know better.
Bob mentioned ( He may chime in when feeling good ) 993 valves and springs and 46 mm intake 40 mm exhaust would make a nice engine
around 40 mm intake ports ..So,
KG cylinder head chamber can be design the way is the best ,But to align the valves stem on cam box, valve angle 39 degree needs to be there
and again You guys know better...Can visit these issues in your shop Jacques.
This is if one wants to go one step ahead from factory original 4 cam head.
It is fun to optimize the HP and dependability, drivability on todays traffic.
We appreciate it very much your time in here and help putting out long years of knowledge and experience
IK 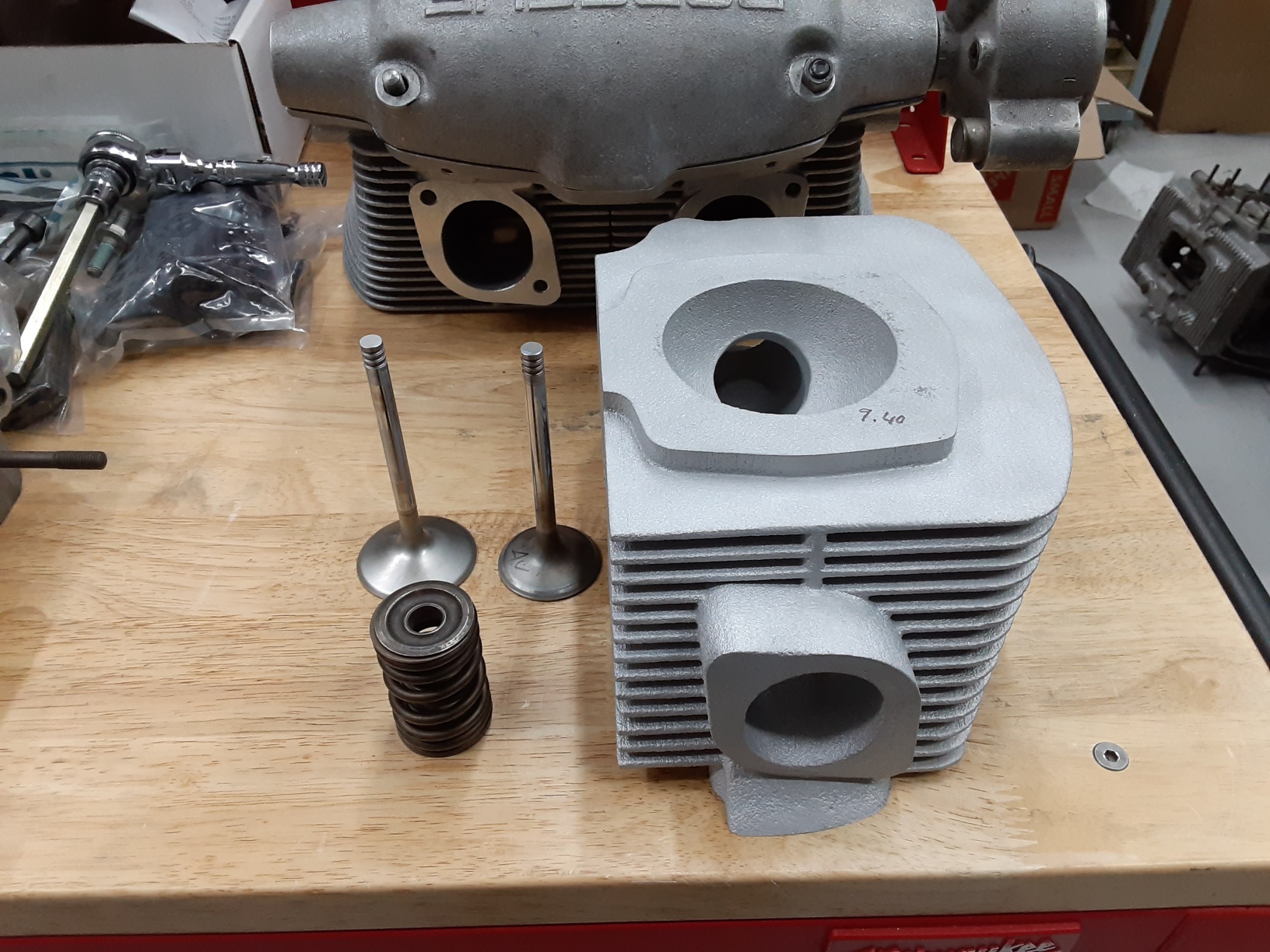 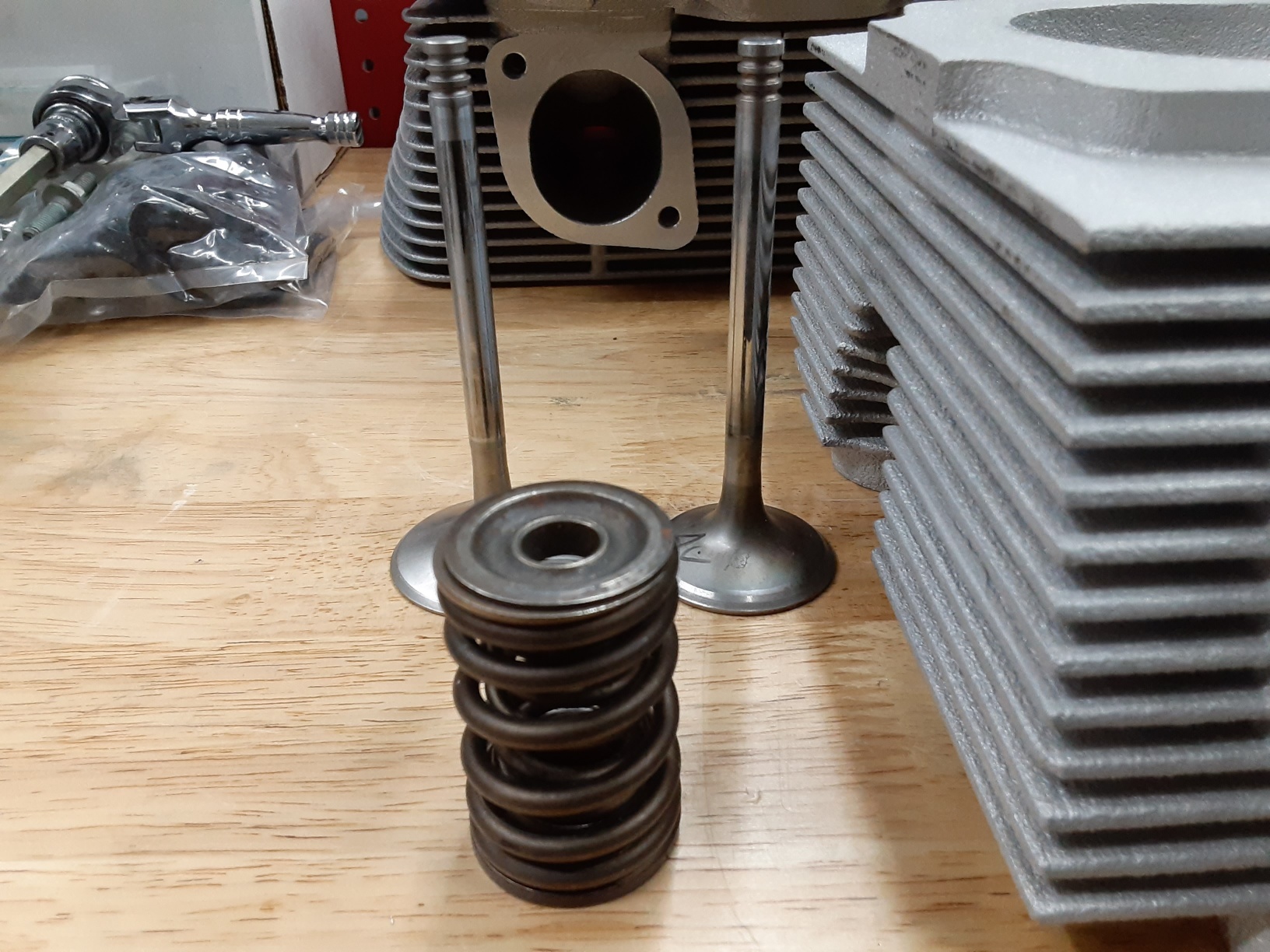 Martin Benade wrote: ↑
Sun Mar 07, 2021 12:24 pm
I’ll never own a four-can but I am sure I’m not alone in finding this discussion extremely interesting. The only downside is all the unrequited drooling.

I second Martin's view - this is very interesting and I admire the time, engineering, effort and money that went into this project.
I'll never own a four-cam either although I did come close in the early 70's. I went and looked at a complete motor at a residence in Lafayette, CA and the owner was selling the motor with a burned piston and cylinder head. He had the utter mendacity to ask $950 for it. Of course, he had a good spare head, piston and cylinder to go with it. These are the kinds of lost opportunities that you think about when you can't sleep.
Greg Bryan
Top

Greg,
There are opportunities, and then there are opportunities. I have turned down Ferarri Lussos for $6,500; 300 SL Gullwings for $3,000, a concourse A Carrera for $100,000, etc. But in every case It was the right thing to do. Because I'm glad I did the other things I did do instead. I did pick up the worn out $200 547 Carrera engine, but only after I had the car to go with it. So despite the fact that today I could be sitting on a few mill more, I maintain that I never made the wrong decision on the car buying front. So no sleep lost here because of that.
Top

Joris, Jacques, Ibrahim,
Dema Elgin has the master to grind he 718 cam lobes. Years ago Jim Wellington had the lobe material analyzed and some blanks cast. I needed a set of cam lobes so I asked Bill Doyle what profile he thought best these days. He suggested the 718 so I had Elgin make a master. (I think Elgin also has the 3 A lobe master too). Elgin has some software called the Cam Doctor, and I borrowed a 718 lobe from Bill to make the master. Elgin had software to predict the seat force and the peak load, and found springs. I adjusted the springs to match the required numbers by baking them at 400F under compression. Somewhere I have a spreadsheet with the Carrera valve spring numbers. The objective was minimum peak force so as to minimize wear on the lobe peak and the cam followers. On the track, I couldn't tell any difference between the 547 and the 718 cams. (Mike Smith in England did considerable Carrera work at the time, and reported that his drivers preferred the 3A cam over the 718.) All this was ten years ago, at least.
Today I am out of the Carrera engine stuff. I have only one further objective which is to put the sheet metal on the original 692/2 engine which Bill Doyle assembled for me, and install it in the car. The KG cylinder head development is a terrific advance, and I would like to see the other areas which I have mentioned above, and thought about back then, addressed with modern technology, but I have no skin in the game.
Top

Martin Benade wrote: ↑
Sun Mar 07, 2021 12:24 pm
I’ll never own a four-can but I am sure I’m not alone in finding this discussion extremely interesting. The only downside is all the unrequited drooling.

These are the kinds of lost opportunities that you think about when you can't sleep.

Those aren't the ones that keep me up at night, the ones that deprive me of sleep are the times you are at a guys place and he tells you about the Speedster he buried to get rid of it (Bruce Baker). My favorite horror story was we were pulling two 356's out of an old mill in CT and an old guy brought us next door to look at his stuff. He started bringing out 4 cam stuff. I asked where the motor was, he said he had been broken into a month before, and they stole all his cases and heads for the aluminum. So that fridge you bought last year was made from a 4cam case.... 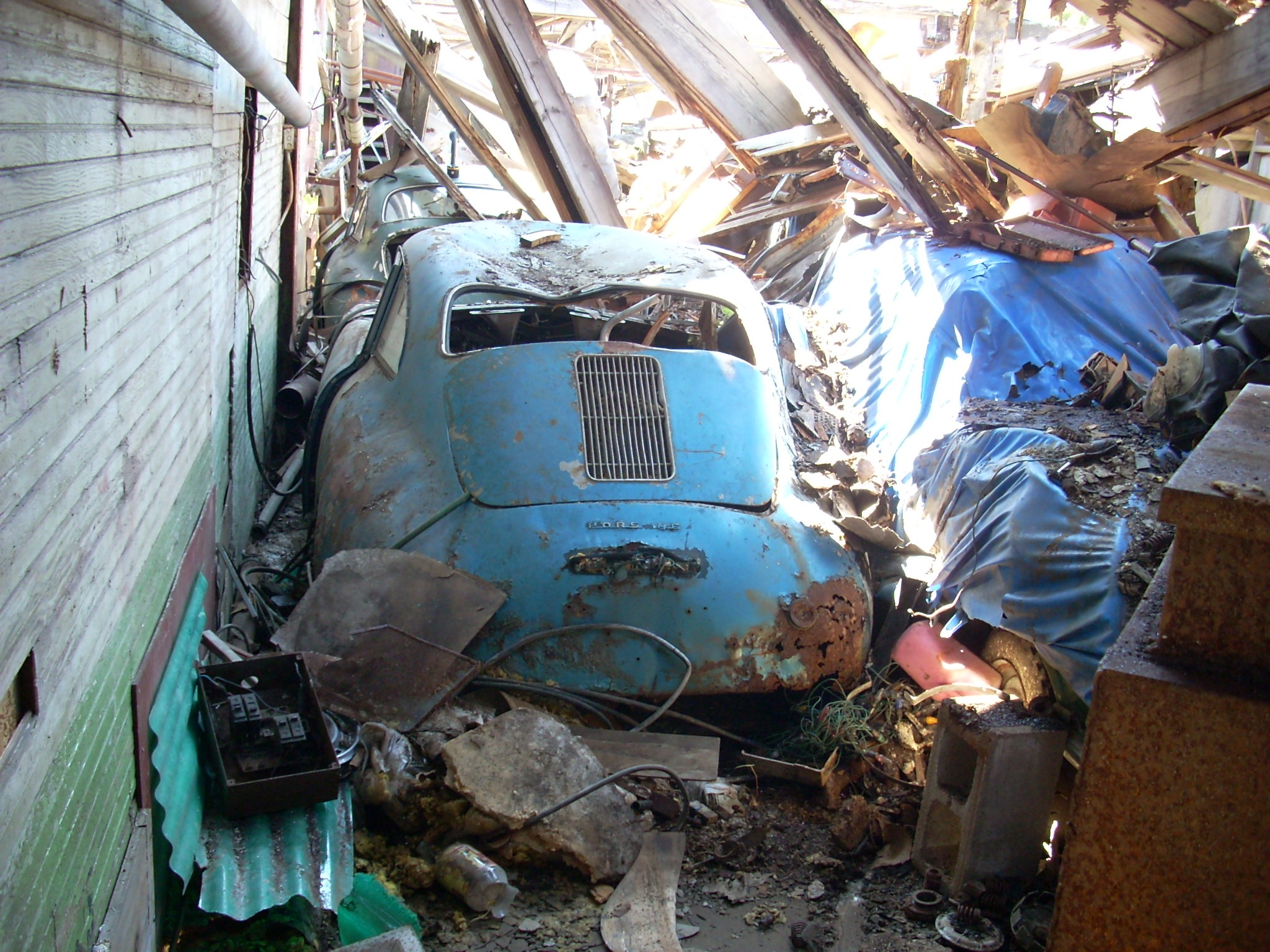 Hi Adam
we must do all the smart reciling we can to lessen the impact of global warming so what is the carbon offset for reciling a carrera case?
j
Top 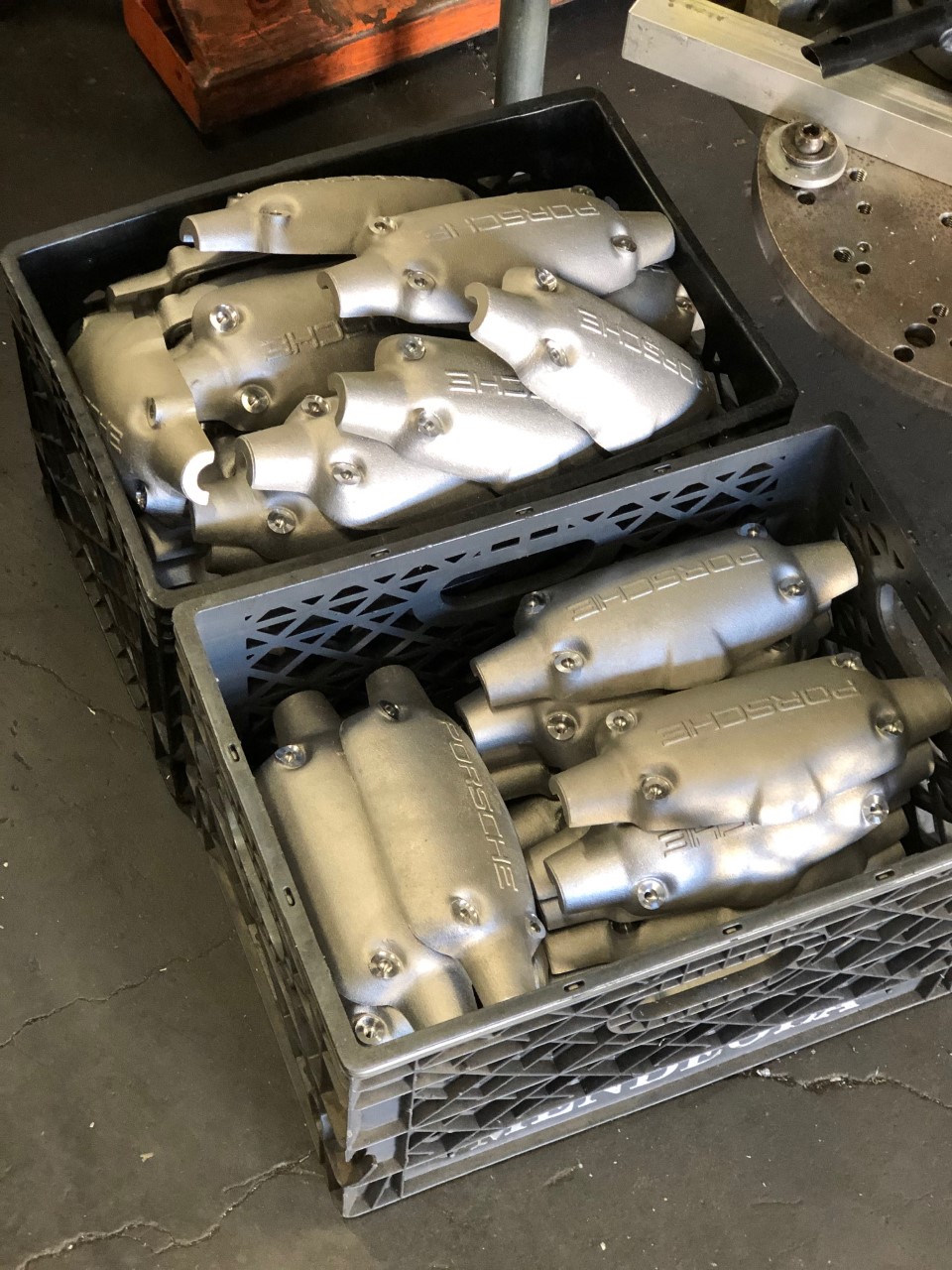 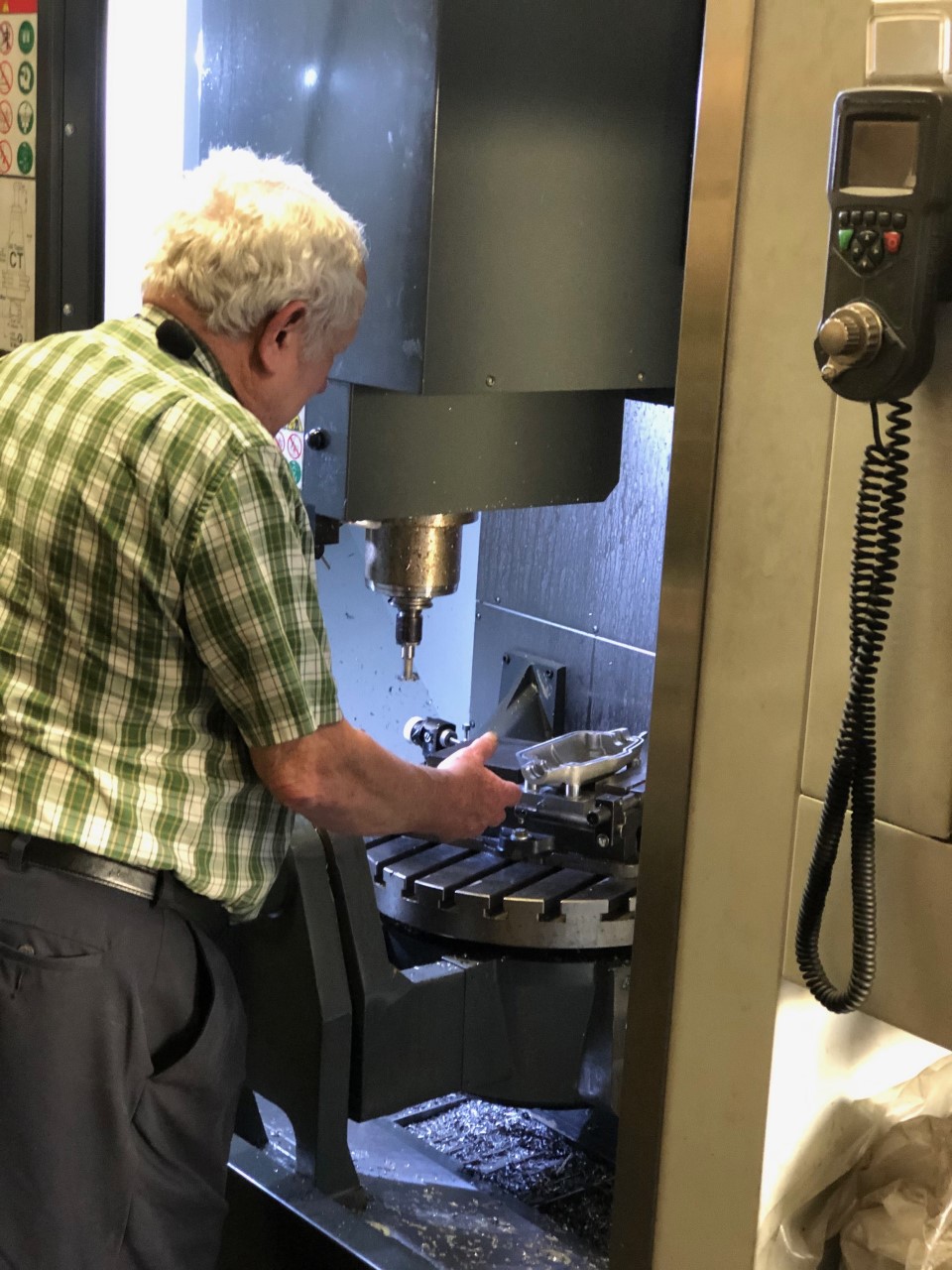 Jacques,
Lovely...Since you are at it ,you should finish our 3 piece Cylinder head castings

So Ibrahm you have 10 orders that have to go out this week?
j
Top

Hi Jacques,
In few months we can visit about it...
Best Health,
IK
Top

Look's like I am a little late at this party, but we have finished our version of Bob's 3 piece Carrera Heads some time ago. Now ready for testing, here are some pics. 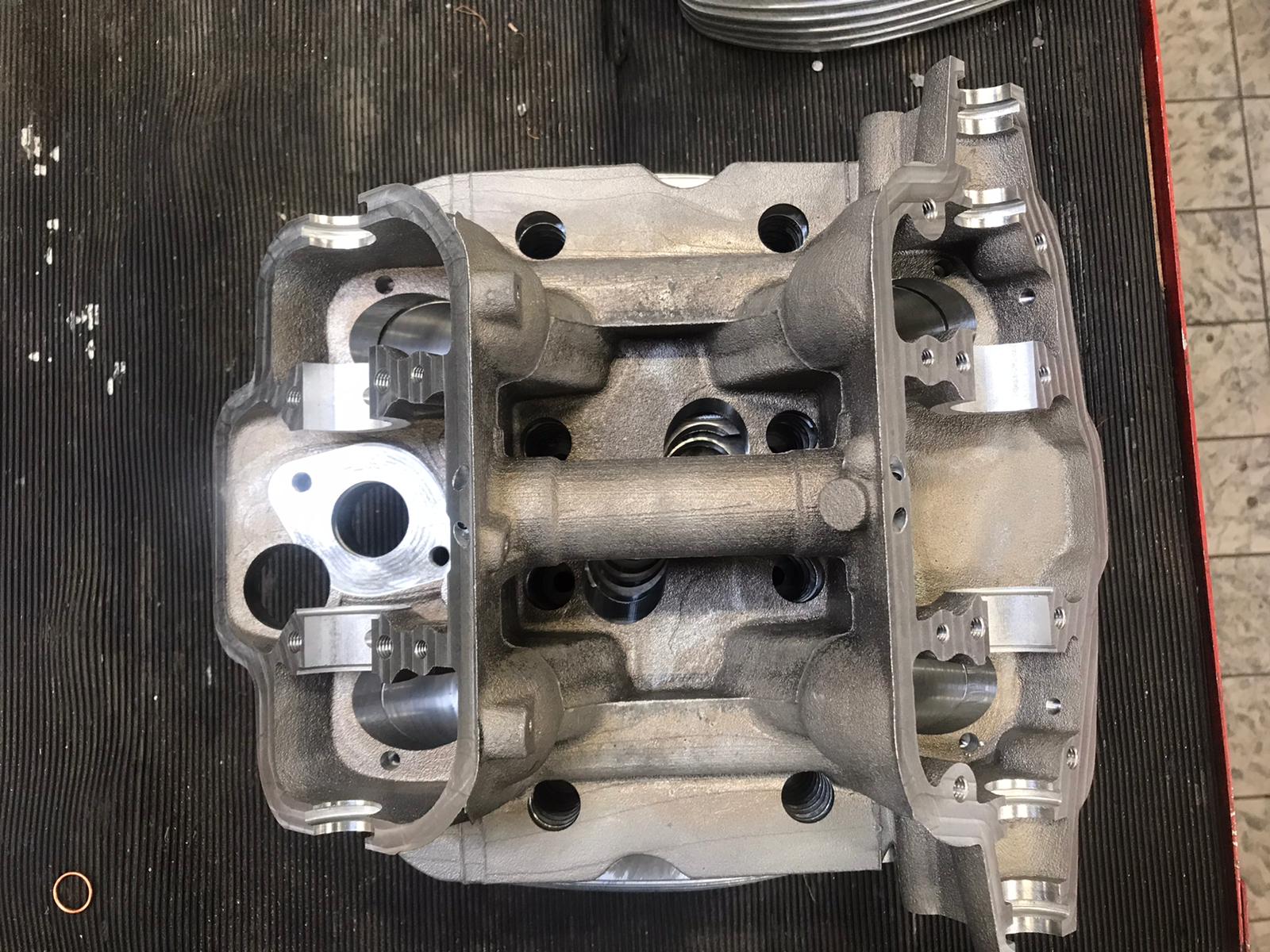 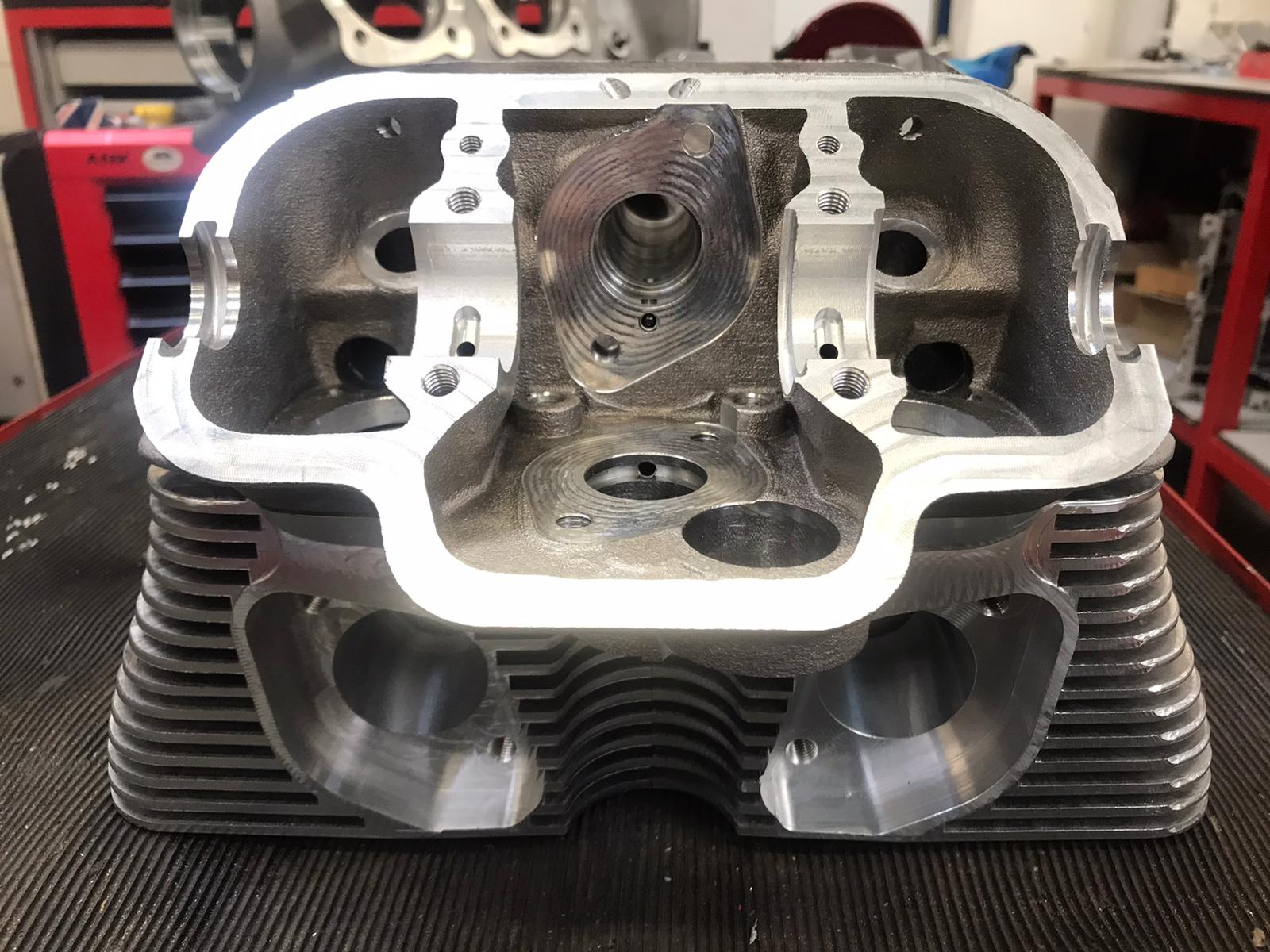 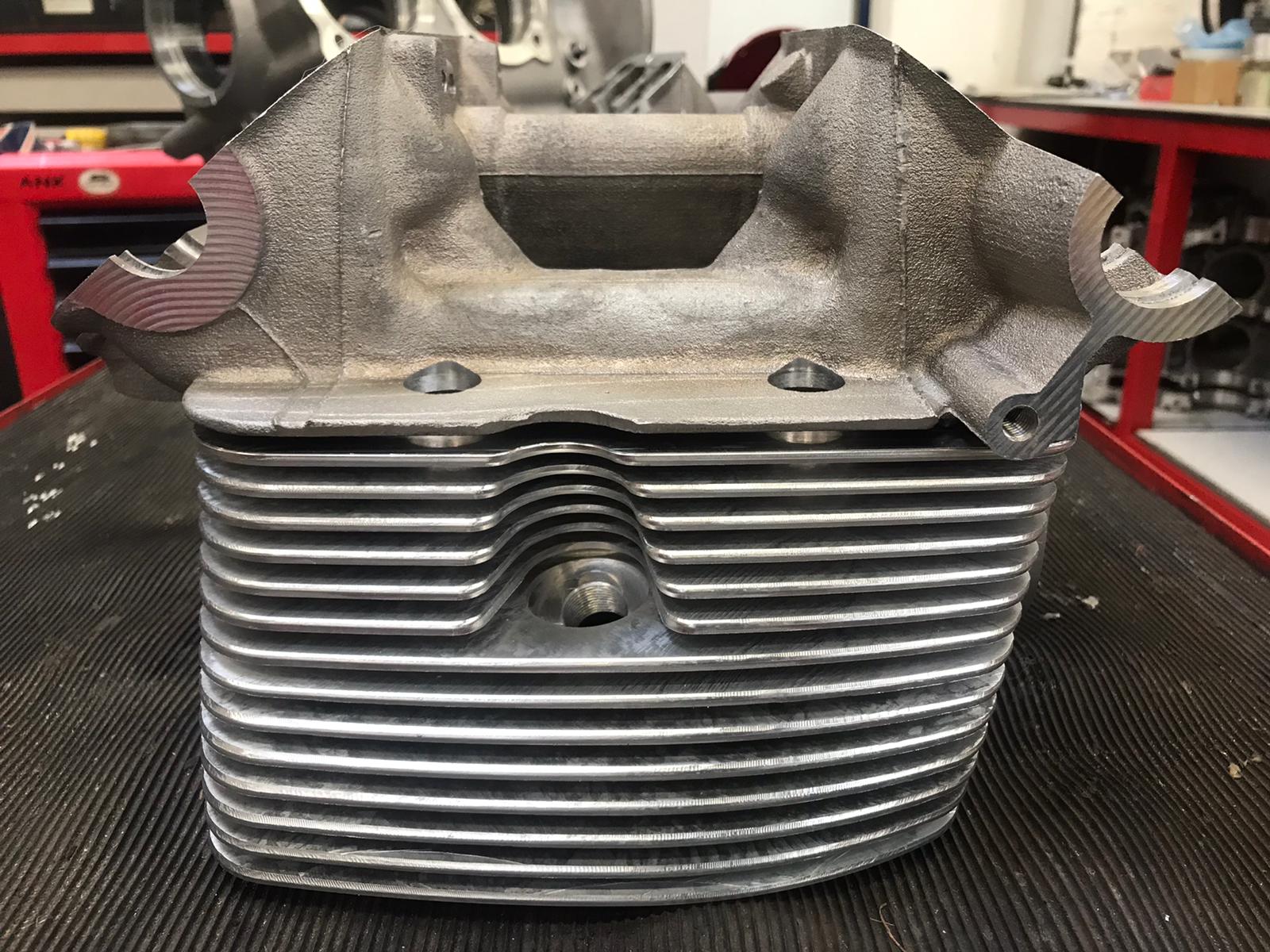 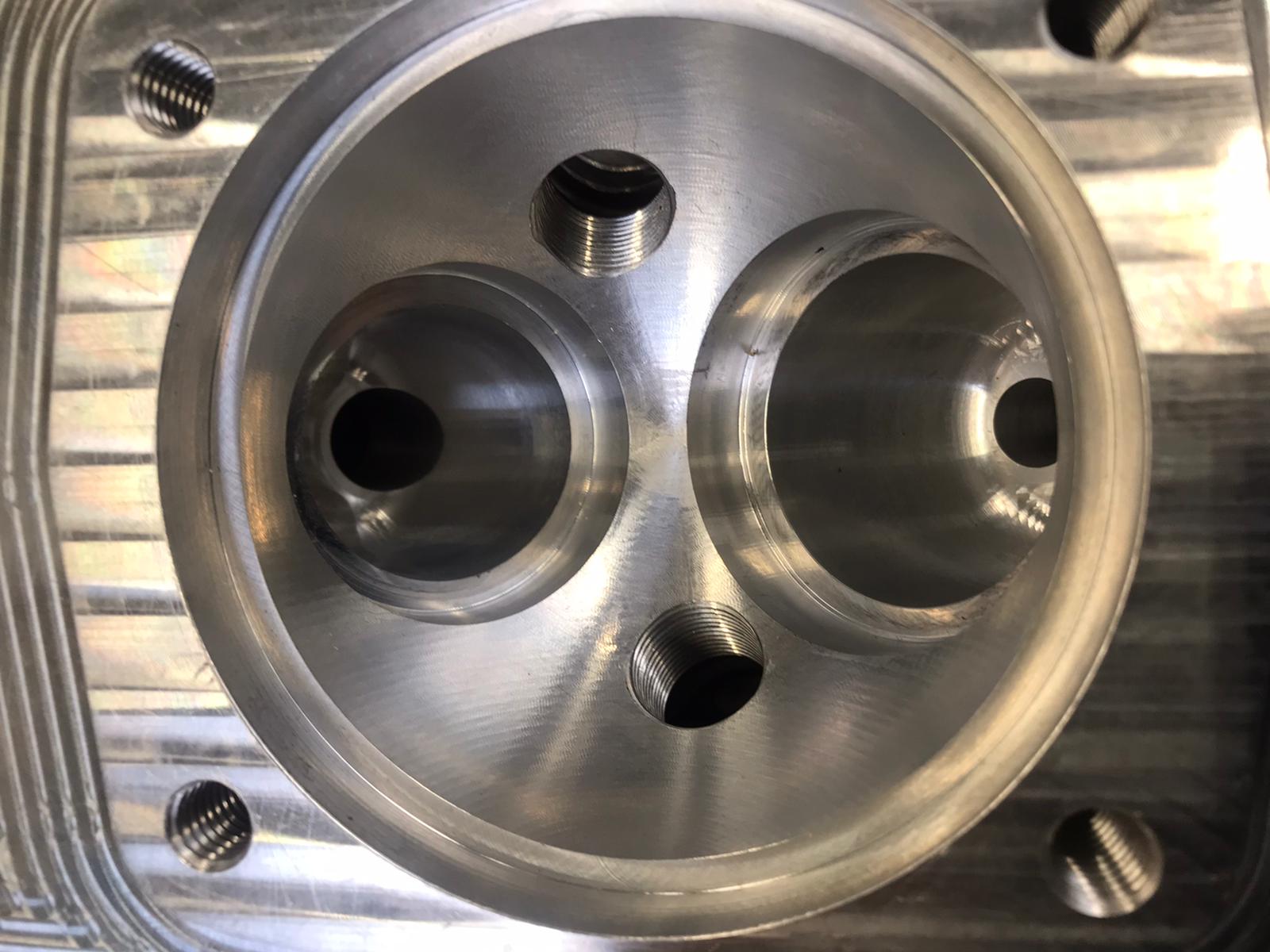 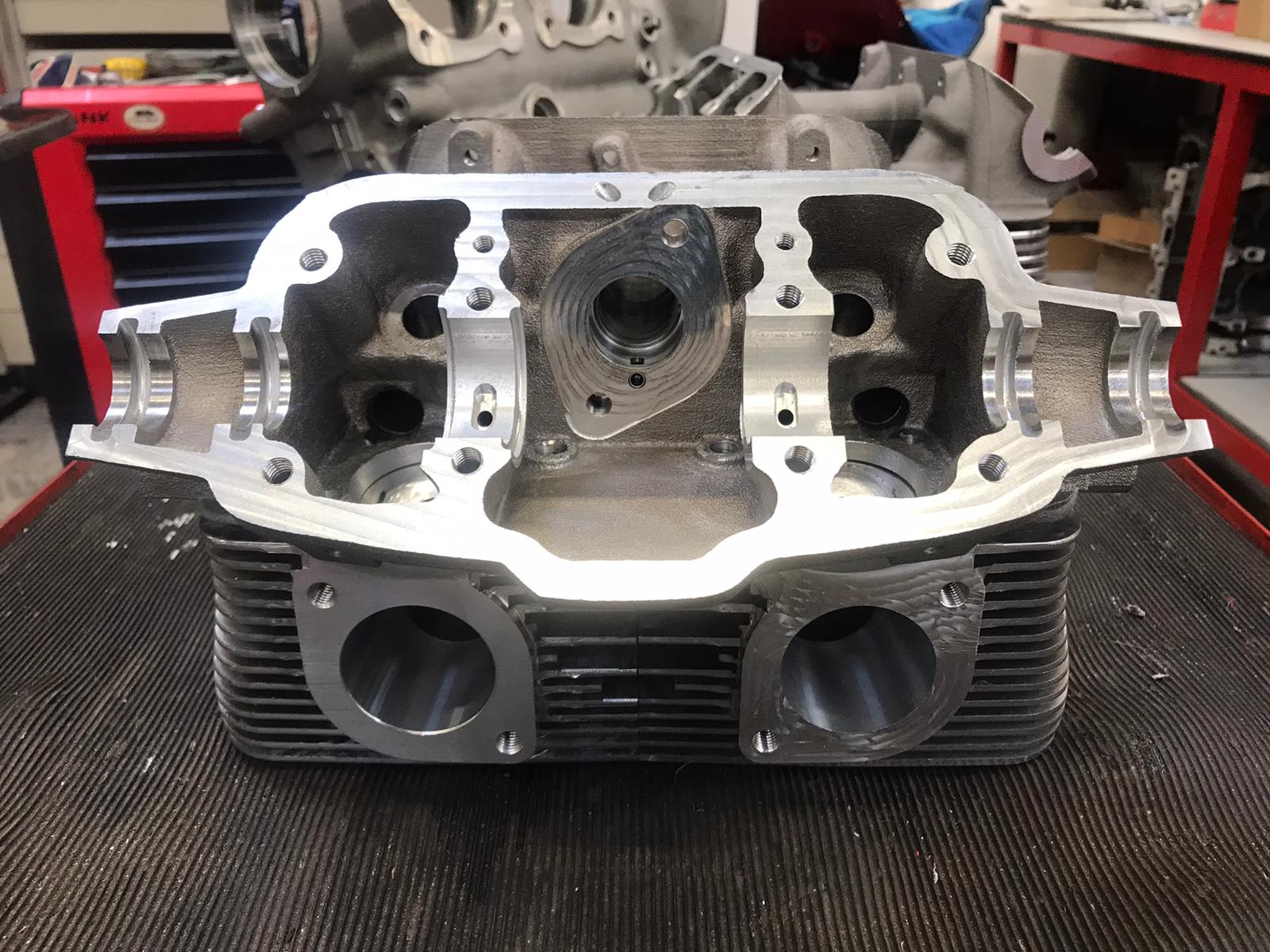 Hi Michael
so you drilled the oil passages rather than had tubes cast in. Great job!
j
Top
Post Reply
98 posts