Thanks. I got a list from https://www.356continentalregistry.com/database. I will need to do a little investigation to find the owners or I might just post on a couple of Facebook 356 Pre-A and 356 groups. While I am almost sure that my car is most likely one of the earliest to received the re-tooled handle with the pointed tip, it would be useful if we could narrow down the date or serial number of the changeover more specifically.
Top

Rafael, my photos of 53367 from over a decade ago show it with a pointed hood handle, almost certainly a reproduction. It had been restored in the late 1990s. You sure the one on the car now is original?

I ask because it seems a bit late for a blunt handle, given earlier chassis numbers that already had pointed. Recall that the hood handle was installed at Reutter. Not knowing Reutter build dates on all these cars, chassis number is the best we can go by.
Top

The handle you see in the photos in the 90’s is an original A handle that was heavily copper plated and chromed by the renowned Royal Plating shop in Tucson AZ. That replaced the original handle.

The blunt handle in question was in a box of original unrestored parts upon purchasing the car.

With utmost respect to the previous owner.

The body work was so crude. Several layers under the Tucson Palo Verde green “made up color” . Revealed the impression of a blunt handle.
Ralfy 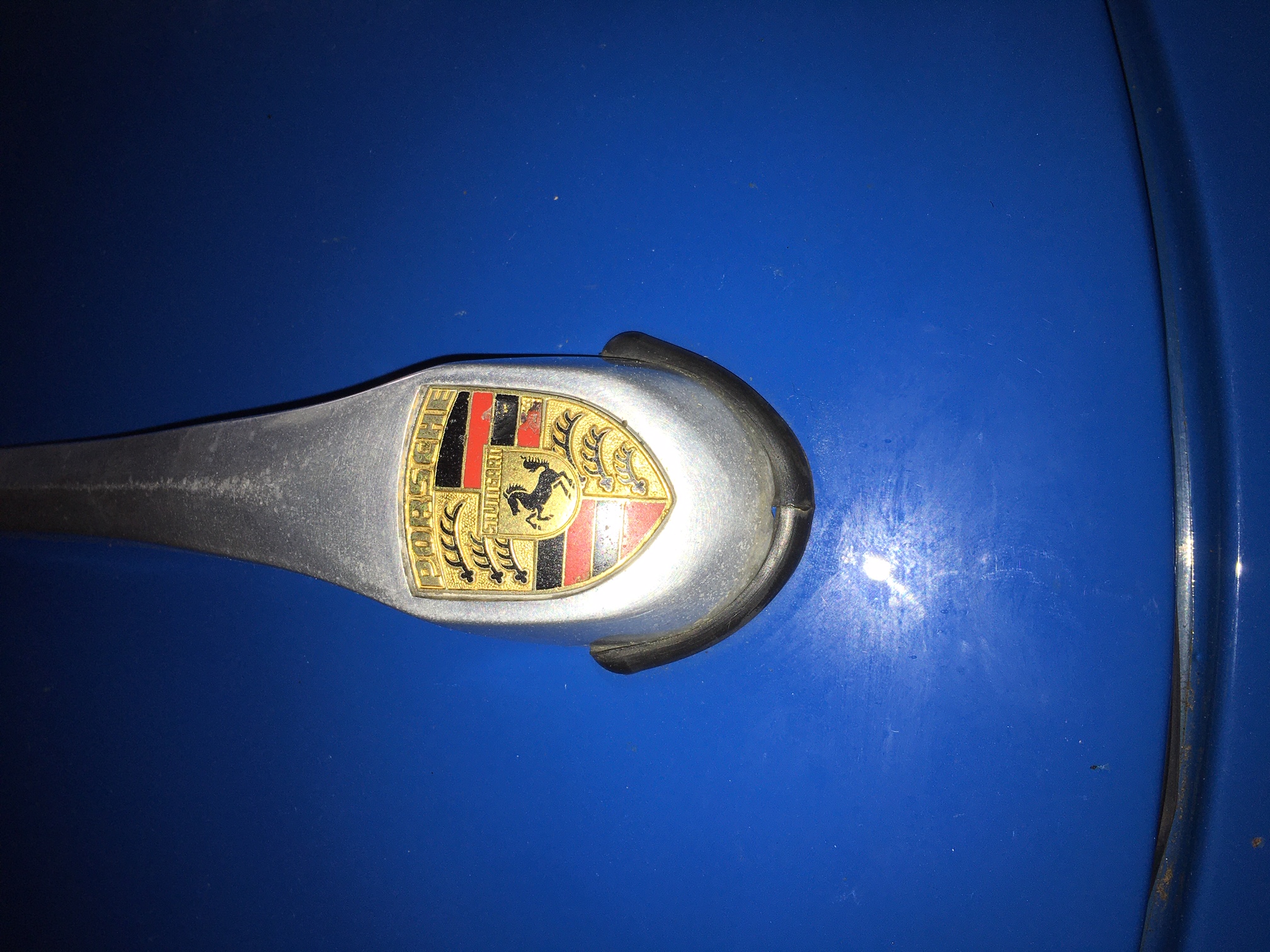 Hi John, I'm glad you posted here in addition to the FB group. I've been trying to determine if my car #53434 built the same day as yours would likely have had a blunt or pointed handle. I looked up the database on https://www.356continentalregistry.com/database and #53453 reports that it was originally white with black vinyl and sunroof. It also reports that it was located in the UK at the time the information was reported to the registry. Your photo shows that it's blue. Do you know any of the history of the car? I'd love to see some additional photos!

***Edit*** I looked at your post history and found some photos and information about your car. Love the sunroof! I haven't read yet how it's a Continental with right hand drive, as "Continental" was a designation exclusively reserved for exported US-market cars ordered through Max Hoffman. The Kardex would have to note Max Hoffman as the importer and a US destination to denote the earliest Continentals and the Kardex started noting "Continental" on the later cars (around June or July, I believe.) Non-US destination cars were not branded as Continentals. I'm curious as to how it's a Continental? Still, it's a good looking "outlaw" that must be a hoot to drive in its lowered state with a 911 engine

I'll add here that delays in production could happen at Reutter or at Porsche. Hood handles were sourced and installed at Reutter. So presumably a car that sailed through production without delays could have the new pointed hood handle by the time production was done at Porsche (and the Kardex filled out), and meanwhile a car that had production problems at Porsche might have been delayed a week or more and had the older blunt handle installed, but eventually made it out the door on the same day. So there may inevitably be a mix at the "switchover", both mixed in chassis number order and in Kardex date.

I was thinking the same thing, too. Given these cars were coach built versus assembly line, inevitably a clear demarcation is impossible to observe, given those potential production delays you note. But the more "data points" that can be obtained anecdotally by owners reporting their production date, body number and if the car has a handle that it identifiable as an original one, it helps. Of course, even if a handle is an original handle it doesn't necessarily mean it's original to the car (e.g. perhaps it replaced a damaged original handle). But a scatterplot can reveal important information with enough data points. Would be awesome if those with cars built between, say, Tuesday, April 26 and Wednesday, May 4 would report in. That would be interesting!
Top

Kent - in answer to your questions about my car !

It is a true 'Continental' , the details on the Registry were provided by me ( living in UK ) , but the car was white/black sold by Hoffman in the US - its first 'continent' .... and it went to its second 'continent' in the early 90's when bought by an Australian collector of 356s (!) who had it converted to RHD so he could drive it every day in Australia. 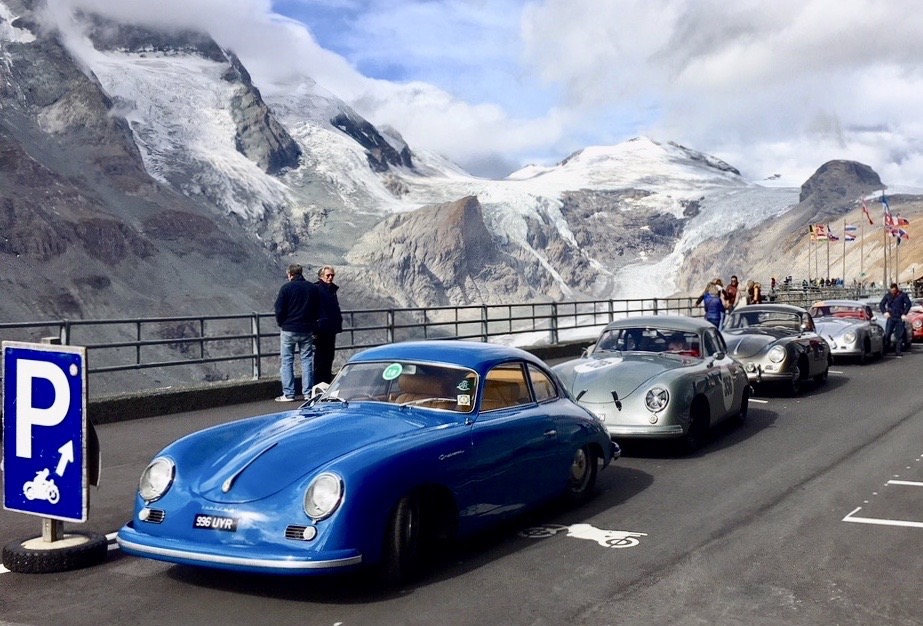 Only slightly off topic, but seals for these handles were thin, flat rubber pads that do not extend beyond the perimeter of the handle. 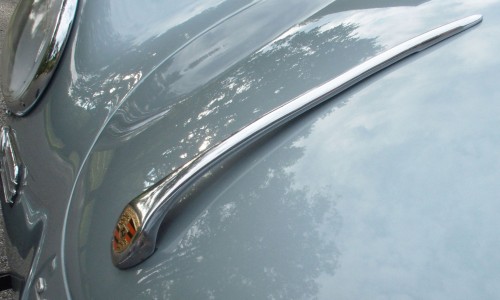 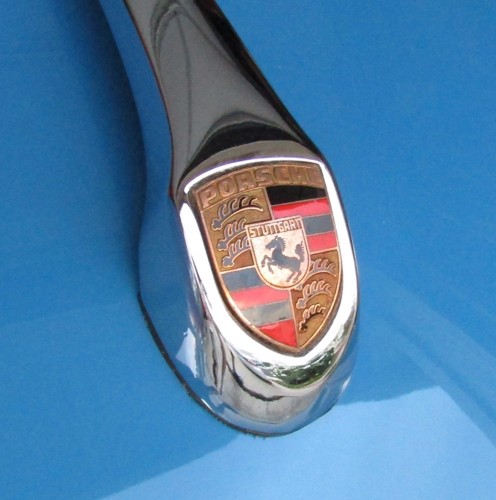 
Thanks for the information, John. Wow, your car has had quite a history!!
Top

Brett Johnson wrote: ↑
Wed Feb 16, 2022 2:38 pm
Only slightly off topic, but seals for these handles were thin, flat rubber pads that do not extend beyond the perimeter of the handle.