I'm no expert in Pre-A stuff, but this doesn't appear to be original to the early cars. I can't quite make out the numbers by the terminals ...
Greg Bryan
Top

What parts are you missing for yours? It looks complete except for the snubber spring. The snubber spring on the T1 ashtray from your friend is not the same as the pre-A one. The pre-A snubber does not have the little roller on it. Spencer Harris might be able to help you with a snubber spring for the pre-A ashtray.

That's not the original ignition lock for your car. Yours originally would have been a Bosch SH/ZS 1/1 with 3 screw terminals on the back. A search in this forum will bring up lots of photos of these.
Top

Tanks for the answer. Have got hold of the correct ignitionswitch for my car so i'm happy for that. Just wonder if this was from a 60ies 356, but think i has to be from something non porsche.
Also think the ashtray is missing only the snubber spring.. Will ask Spencer Harris. Tank you for the help.
Top

Here are a few picture of all of the switches, light sockets, fuse box, accessory socket, cigarette lighter (and one with markings) and flasher cleaned up from my 1953 coupe, 51015 for reference.
Note that the high beam indicator light socket (in the center of three) does not use either the fiber insulating shoulder washer nor the 2nd-wire ring lug found on the other two. The high beam dash hole is smaller diameter than the holes for the generator and oil indicator sockets with their shoulder washer
David 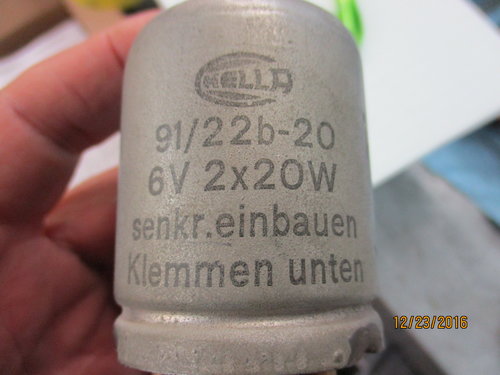 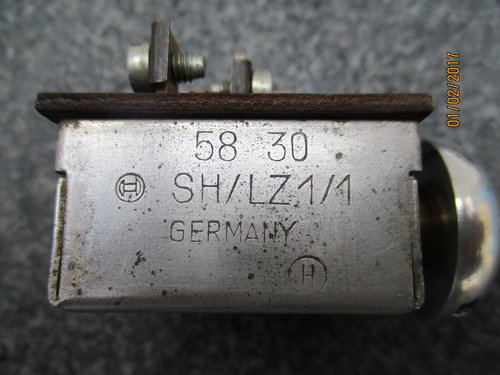 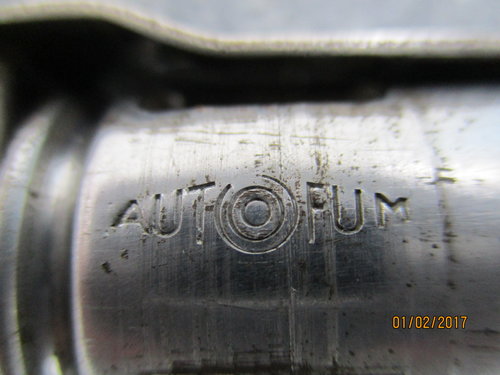 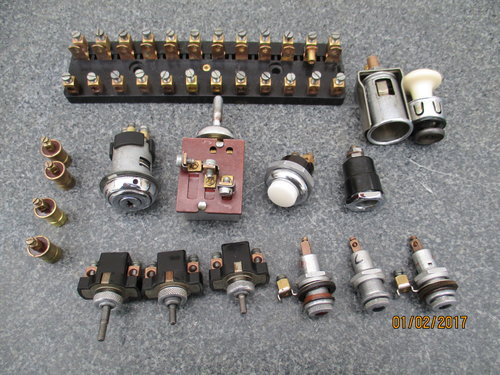 Thanks for posting those photos David! All your switch gear is identical to that on my '53 coupe 50960, including the date code 4J (April 1953) on the Bosch headlight switch. The same date code can be found on the Bosch ignition lock stamped on the plastic back between the brass posts. Not surprising since our cars were finished within 2 weeks of each other.

Yours is in better-preserved shape though! Your push-button starter still has its chrome, which is very rare as that's a zinc casting just like the door handles. Very cool!

Btw, does the lower rear bodywork on your car have a raised area at the center for exhaust pipe clearance? Mine does not, but another car produced in August 1953 does. Would be nice to pin down when this changed occurred. Porsche switched from flattened exhaust pipes to round ones, and this required a raising of the center section of the rear apron for clearance.
Top

James,
Yes, the rear body lip is raised about 1" across the center for the exhaust. Maybe these body changes deserve a new thread? I've come across a few other seemingly inconsistent changes between 1952, 1953 and 1954 that I can post here or start a new thread if you think better for future reference.
David
Top

The one in your photo would be correct for a split-window pre-A.

And yes, that's an Autofume cigar lighter in your photo above. This was common on the 1950-54 cars with ivory buttons, but also common on lots of German cars of the era. The 1954 Autofum would have the beige or grey knob on it, shaped differently than that in your photo.

That post was done some years ago...
I have the wrong ivory starter button in my 4 digit coupe and i found the information in Brett Johnsons new book that all splitwindow cars had a dark brown starter button.
Can someone help me please which colour is correct for a splitwindow 356?
Black or dark brown?

P.S.: Each time i am starting my car i see the wrong starter button... i have to change that to sleep better

All the best from a cold Austria...
"In torque we trust"

Erich,
According to the Bosch list of wear & tear parts 1951-1955, the buttons were manufactured by a third party under Bosch PN SH/TD.7/2. Original color was black (or a very dark brown) which faded to dark brown over time. The Bakelite button is approximately 16.25 mm diameter.

I have this button I removed from a '51 coupe in the mid-1970s. It has been restored with a new spring, tested for electrical continuity and the bezel triple-plated. Send me an email and I'll fix you up for your Christmas stocking.
spencer_harris@hughes.net