Truckload of 365 engines and parts

Truckload of 365 engines and parts

New here today, My name is Lee. Since my work being shut down last March....I've been making a bit of money buying and selling Vintage Audio equipment. But...actually have become a hoarder....and have tons of gear. Having been a car enthusiast in my youth....and working as a Mechanic and turning plenty of wrenches, years ago....( think TRs....Lotus...Lancia....Alfa...Peugeot and such ) I do know a bit about cars.

But, I never got into Porsche..... I really don't know any thing about Porsche 365s

I do totally appreciate them.

These price escalations pretty much blew me out of the water as far as being an enthusiast.... Today I drive a Chrysler Pacifica.

Anyway, yesterday, I made a deal and bought a lot of Pre-1960 Porsche 365 motors and other parts... To be honest....I did this because I saw value in the deal.

My idea was to "flip" the entire haul in one lot. Make some money and get back to my life. I realize now that this would mean only "deep pocket" business types would be able to participate is such a sale. Easier for me for sure. But the single guy with a restoration project...or hobbist that have one car to take care of...would be left out.

I have been doing some research last night and today to get at least some grasp of identifying what I have bought. Finding out what the casing numbers mean....where they are....and basic identification of parts by their look. Comparing lots of pictures and such.

I am here to get some suggestions on how to offer these items for sale. I can't spend too much time on this.... Not looking to "maximize return" .....just looking for some guidance. This has turned into something much more complex than I anticipated. ( I'll have to do some work...

Rented a Storage Unit yesterday....and put everything in there. Lots and lots of boxes I haven't even opened and looked at yet. A true "barn find".....bought from "the widow."

Today, I will start to go thru some of the haul....and start to make lists and take casting numbers.

1 Engine partially apart...Jugs off and heads off.....haven't checked serial number yet...but believe it is also 1959. Parts to rebuild in boxes...heads and jugs and pistons and such.

Couple sets of Carbs. 1 is Solex. Other might be Weber....was too dark to check...

Many many boxes I haven't looked at yet....

My plan of attack is to Check Numbers....and see if Matching and such. Take lots of pics and try to get some organization into see what I've got.

My thinking now is to not offer as one Lot. But rather break it down into smaller lots..... Try to get various parts together to which they belong ...engines....and offer them as projects.

If someone here could make some suggestions on how to precede.....I would appreciate it.

Welcome Lee. Where are you located? You can put that in your header for folks to see.
Bruce Smith
Top

Leland, you will find that the folks on this site will be very helpful and in the main very honest in their assessment of the value of parts both monetarily and as to desirability. I would suggest perusing the classifieds for price comparisons and also go to the Samba site, and look up Porsche 356 parts there for more price comparisons.
https://www.thesamba.com/vw/
You may even come across VW parts in the stash you acquired.
If I had known I would live this long I would have pushed the envelope a little harder.
Cymru am byth
David Jones #9715
Top

Thanks for the replies.

Just got back from the Storage Unit.....taking lots of pictures....and going thru all the boxes.....and writing down lots of numbers.

There are 6 distinct engines. 4 cases, 1 partially disassembled, and 1 pretty much complete.

Lots of other parts...

Off to dinner with my Sister...

Your 1959 engine is probably a 1964/5 engine. I am a big bucks guy. Take pictures of what you have (anyone that wants to sell parts) and send them to me at
al@allzim.com 356 cars are what we do here. I am interested in front spindles and trailing arms. Generators and the 1960/61 style starters. We have an advertisement on the front cover of the Registry. 800.356.2964 thanks
www.allzim.com
356 Parts and Services
Top

Wanted to mention that this is the first Porsche Forum I've posted this find on. ( did post on a totally unrelated board....for another hobby of mine.-)

I didn't want things to get to crazy to fast.... Want to take my time and test the waters...and get a game plan together.

Like the calm approach here! Trying to educate myself a bit on what is here.

Could use some help on some Serial #s if anyone has a bit of time.

Some ...I have figured out.

#5 Engine 2 piece split case. No Serial # Area is completely blank....not filed or ground off....just blank. Has the ZUNDFOLGE and 1-4-3-2...but the area for Serial number is blank...not stamped at all. Matching # 513/513 Also stamped with letter A and #2. But nothing else. Could use some help figuring out what this one is.

Thanks if anyone can help.
Top

I have a box with 6 heads...and another with 2 heads. Then a couple crates with Jugs. Is there anyway to match up the heads and the jugs?.....then match those up with an engine case?
Top

Haven't seen any generators. No trailing arm or front spindles. Did see a couple pieces that looks like ball joint spindles ....? Have 2 Struts? and some other front suspension parts. Too bad can't post pics here.

Do have some generators. But have no idea the year.

5 Brake Drums. 3 are finned, 2 are with a rim cast into them...smooth no fins. Some disc rotors also.

Some Light pieces and lenses
Top

No, heads and P&C's are a separate set of pieces. Very early P&C's from early 2 piece split case engines are different to the later ones. Early cars are very similar to early VW cases. Some of the parts are interchangeable from inside the case. The P&C's are likely just scrap metal at this point in time unless they are in remarkably good condition. There are many different sets/sizes of P&C's and you need to measure and take pictures of any that appear decent and ask for help ID ing them.
You can post pictures just open your album from the attachments box below but you may have to resize the pictures, the site only accepts KB not MB or god forbid GB.
If I had known I would live this long I would have pushed the envelope a little harder.
Cymru am byth
David Jones #9715
Top

ZUNDFOLGE means FIRING ORDER and will be on all your cases. "Jugs" or "cylinders" are not really important at this point because they are probably all worn out, and only cast iron ones can be re-bored to be useful. Late heads, the ones you want (if they have no cracks), have 38mm intake and 34mm exhaust valves. Earlier heads have 31mm exhaust valves, but might still have value if in decent shape. A lot of those matching #'s have no real significance except to show that all 3 pieces go together, and that is important. The #616/36, 39 etc. are engine type numbers, so you do seem to have a bunch of fairly valuable late engine "projects". By the way, 2-piece motor cases refer to very early '50s motors and are quite valuable today; I don't think you have any of those. In 1955 Porsche developed what we call the "3-piece" motor, with a separate front cover where the actual serial number is stamped. You've gotten yourself into a pretty big project that is going to take a bit of work (there's that dirty word) to realize what should be a very nice profit in these Covid days.
Top

Thanks for this information. 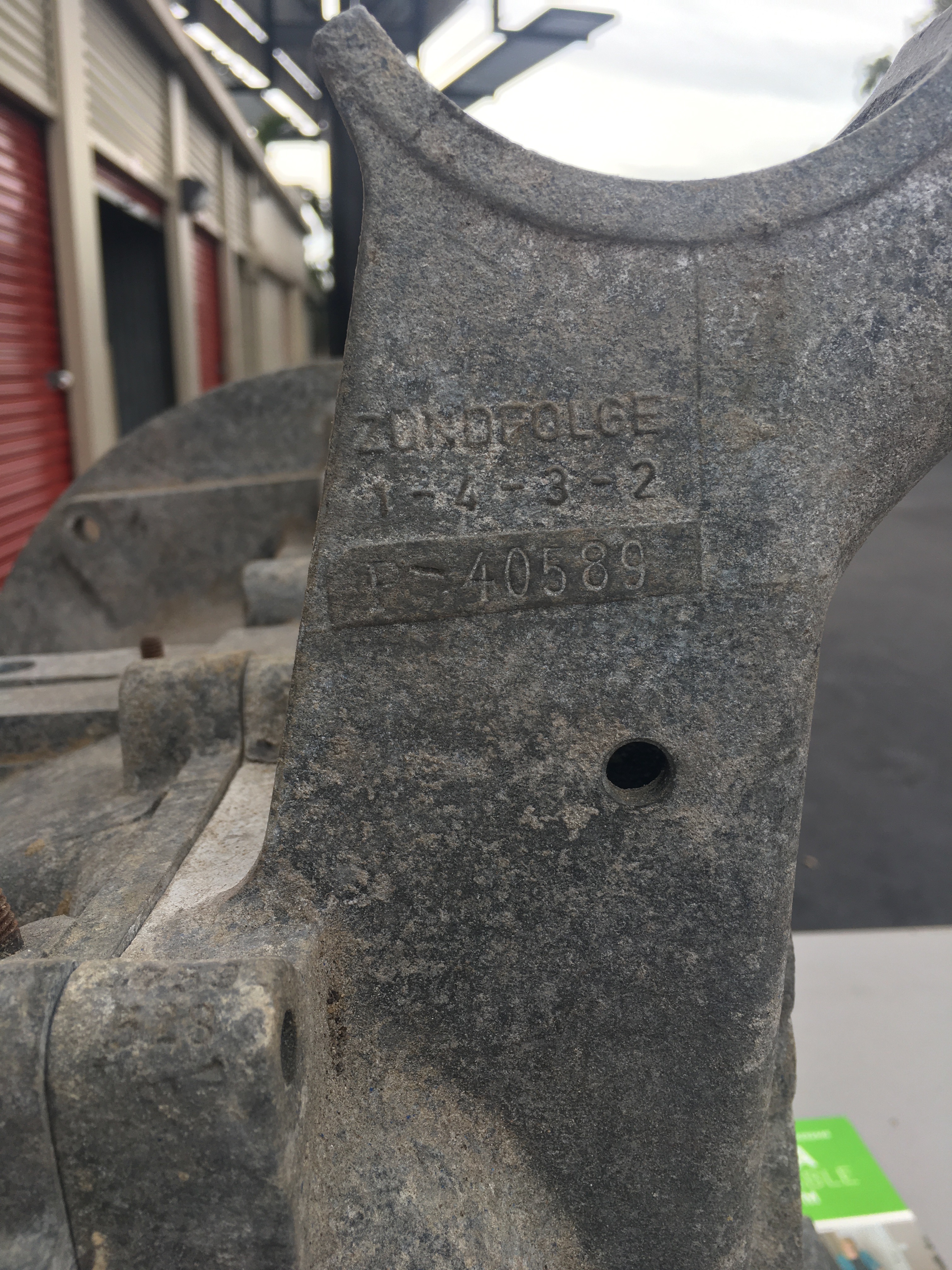 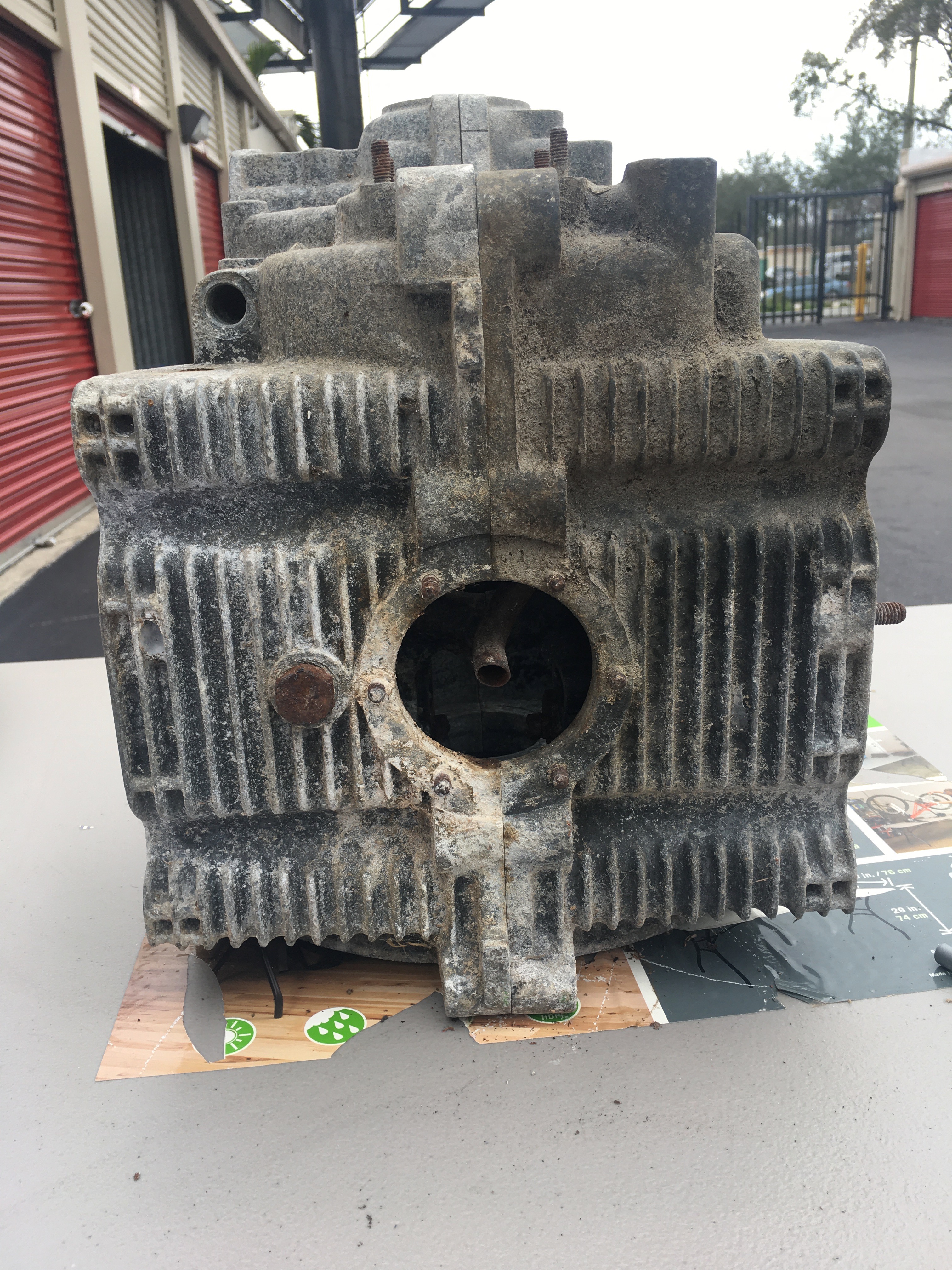 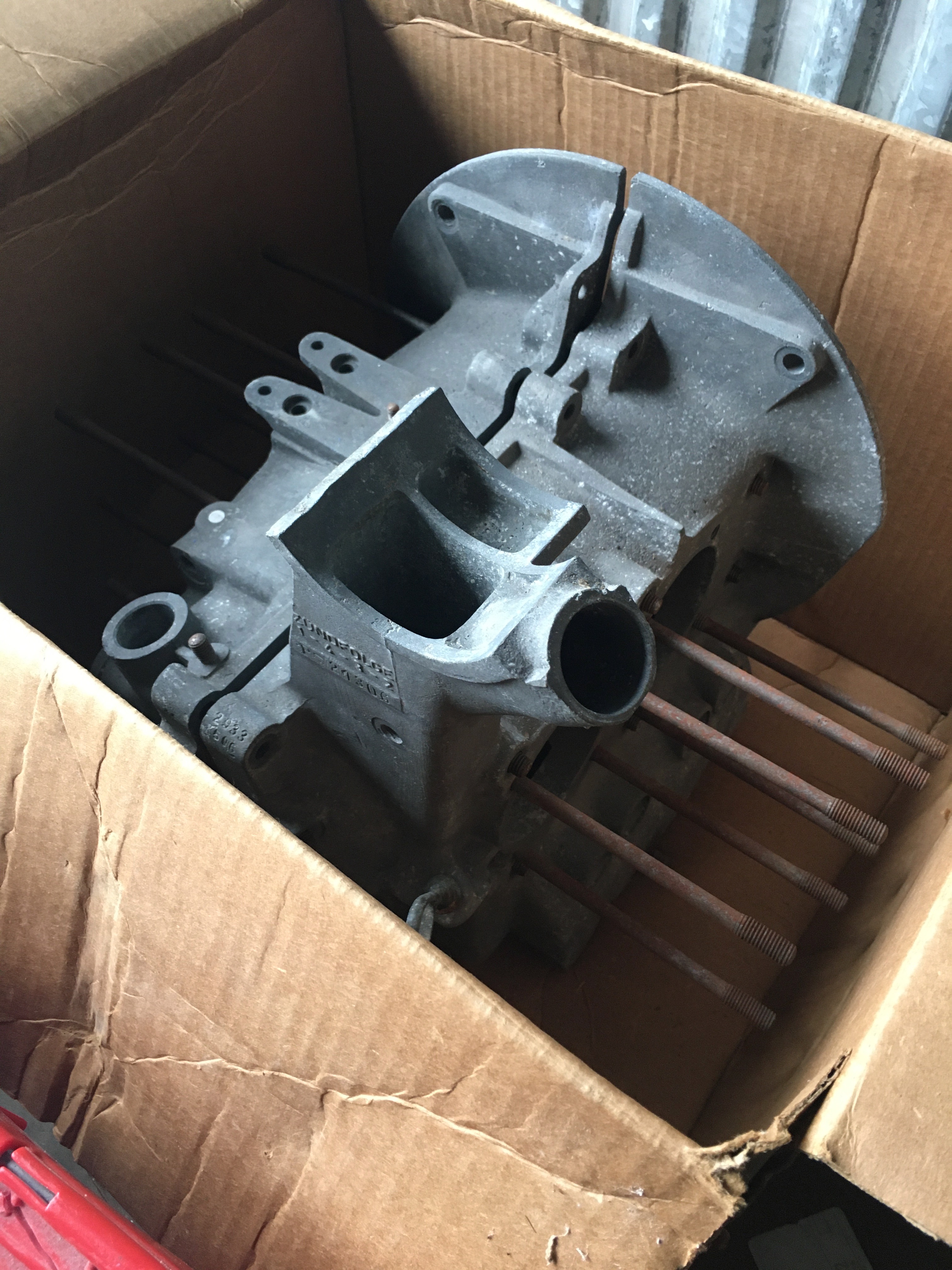 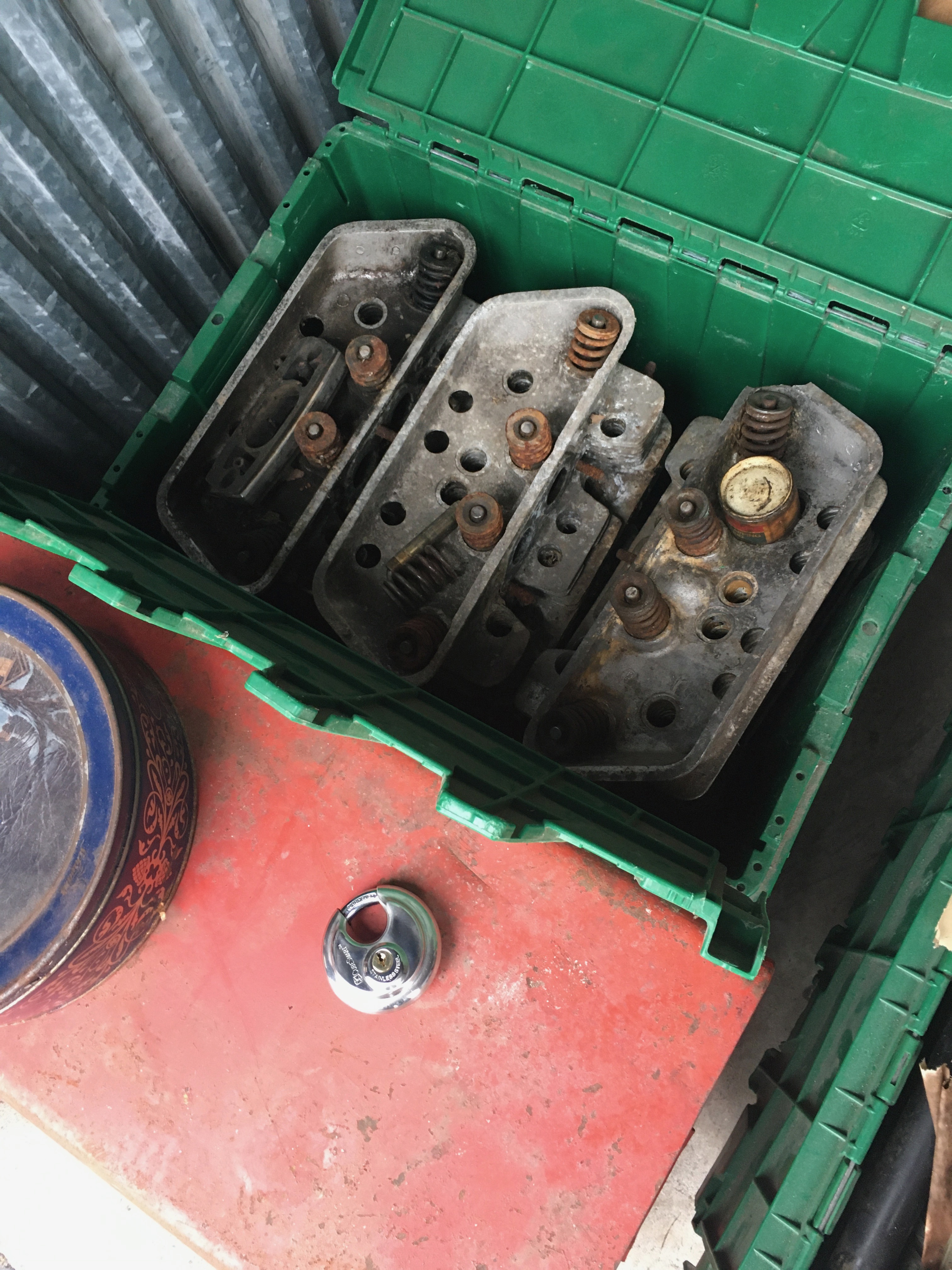 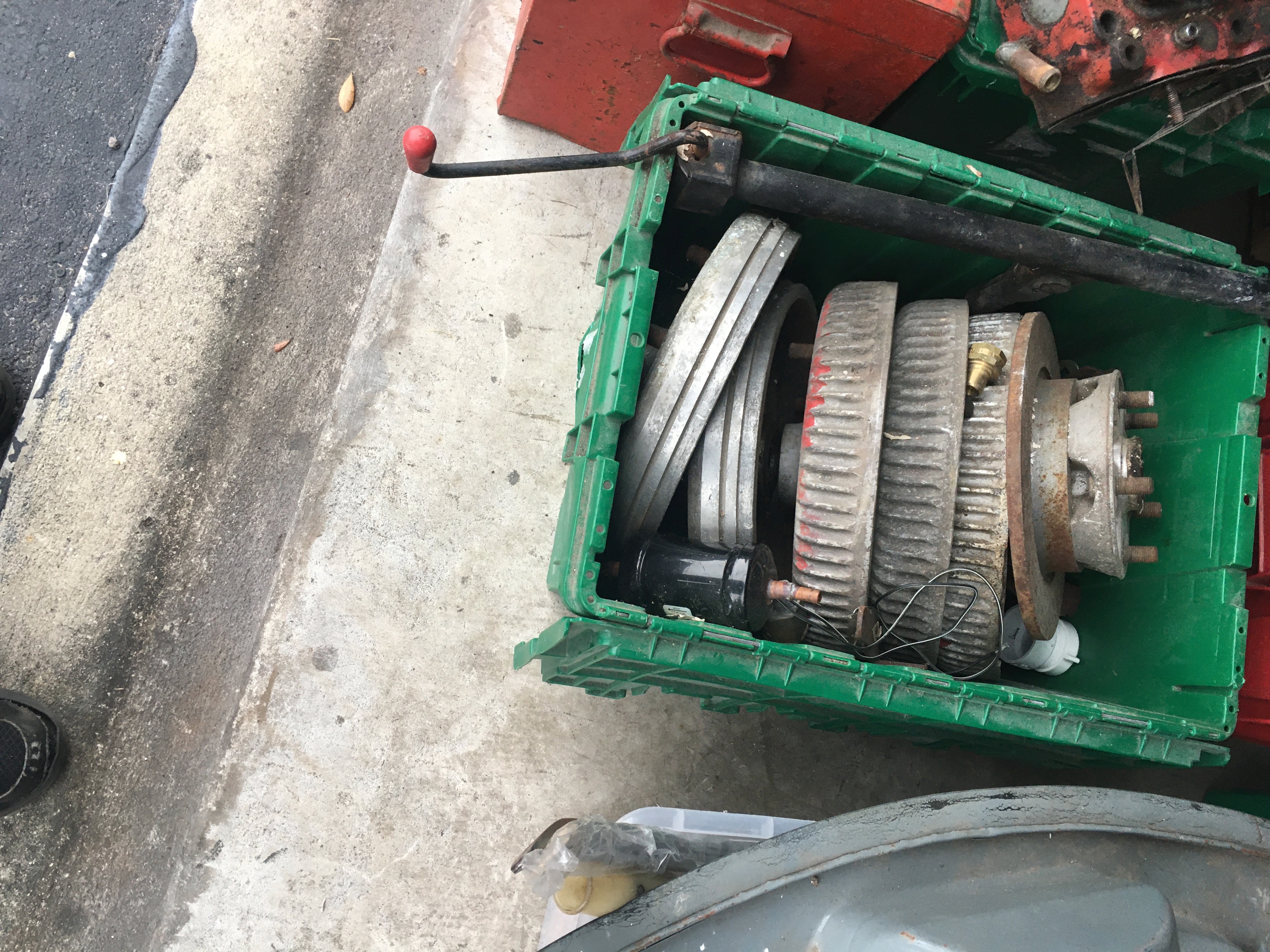 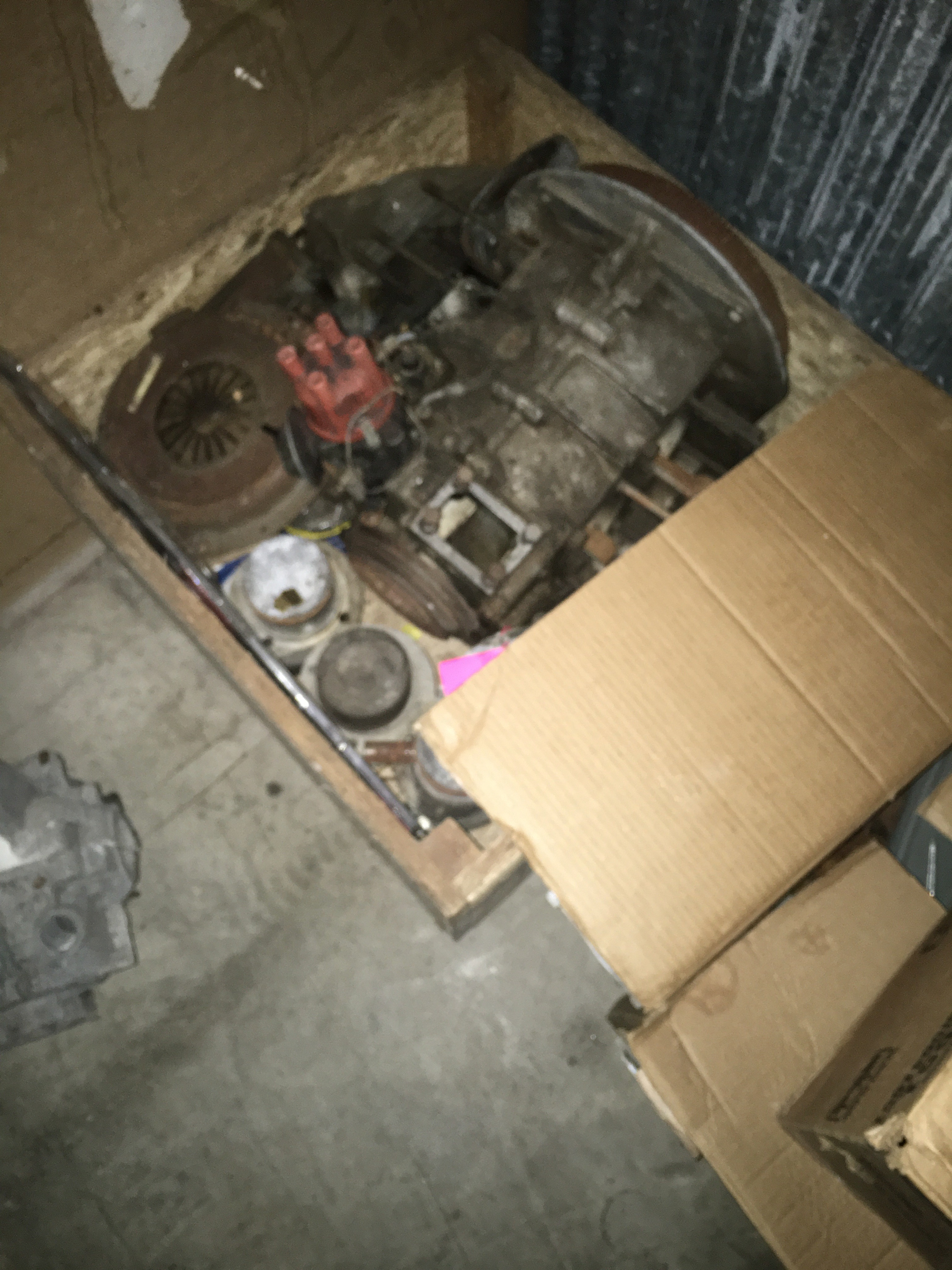 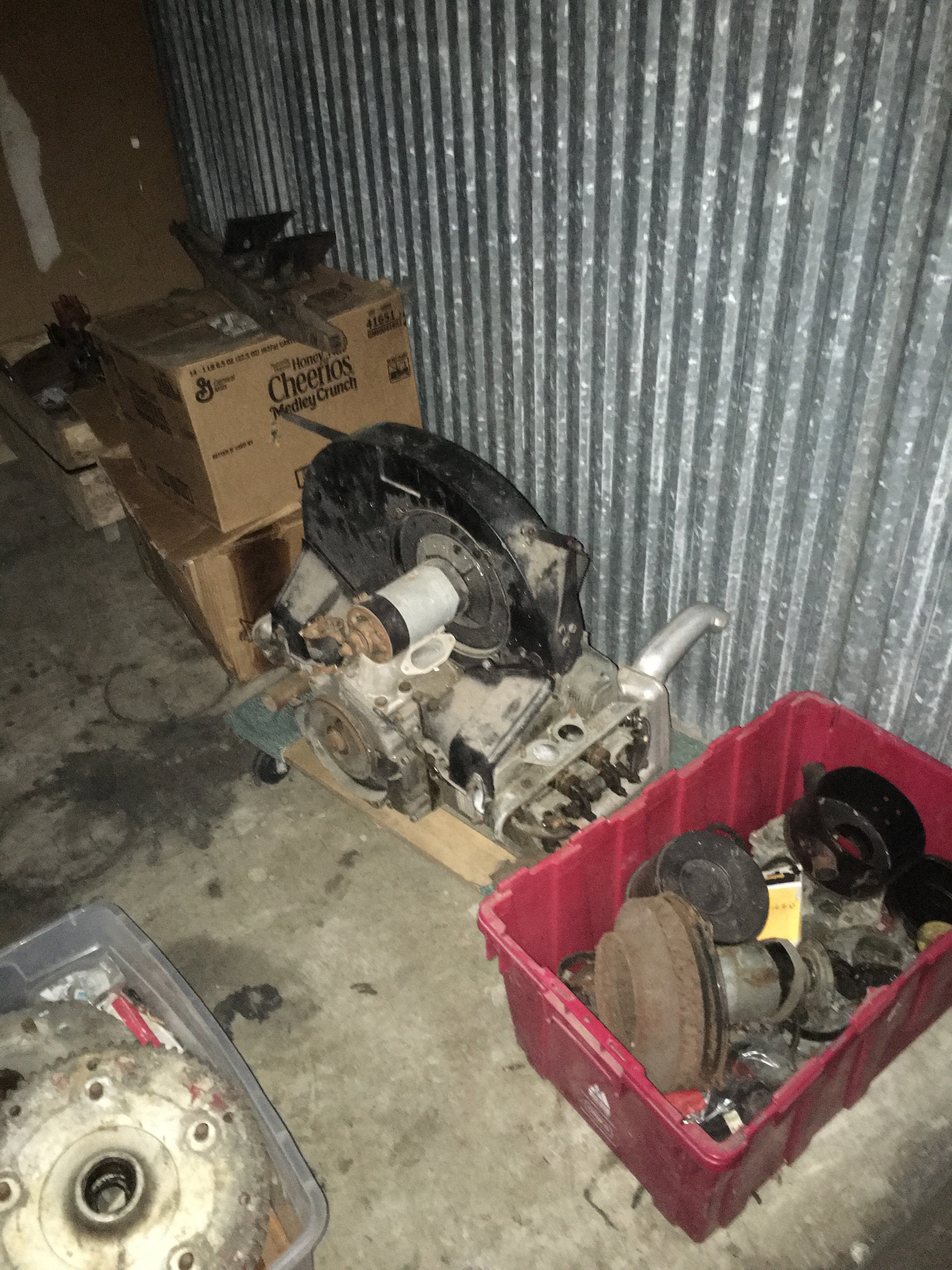