For those who couldn't care less how their 356 left the factory!
Post Reply
22 posts
Message
Author

Marc Walz wrote: ↑
Thu Aug 04, 2022 5:34 pm
But I still will modify the suspension Just a bit lower with some drop spindles, nothing radical, just to lower the COG to increase handling and make the car more „sportive“.

We don't put drop spindles on our race cars. Guess why. We use the factory adjustment to lower the front and increase camber in the rear which also lowers the car a bit. If you lower a street car too much in the rear you will be rebuilding the transaxle often. A small amount of lowering(without drop spindles) is ok though.
'57 Speedster
'59 Sunroof
'60 Devin D Porsche Race Car
'63 GS 2133 coupe
'67 911 S Original Owner
'03 Ferrari 575M
'09 Smart Passion
Top

Thanx CJ for this advice, but thought lowering the car with drop spindles doesn‘t hurt the axle geometry and would be more effective than lowering with the factory adjusting. It‘s a common thing on early 911 race cars to do so, exactly for the reason I mentioned. Here‘s a picture of my 67 911S which has the front spindles raised by about 1“ and I took the car on the race track quite often, barely use it on the street. 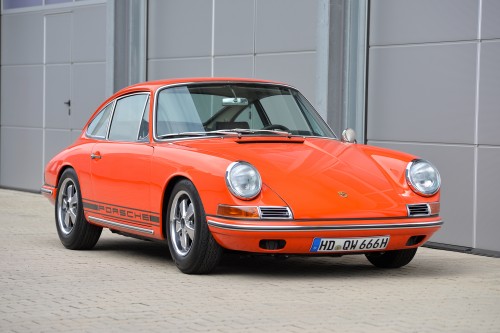 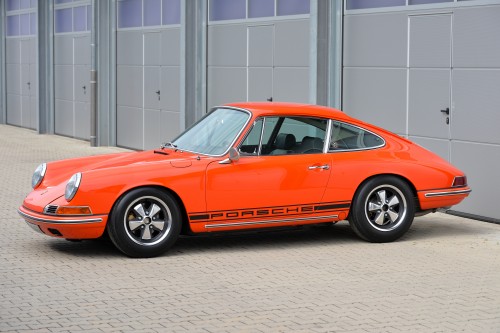 I know very little about 911s even though I have owned a 1967 911 S from new. I do know a little about 356s and a tiny bit about VWs. The drop spindles for VWs look questionable in terms of engineering and quality and I guess that would be your only option. The C-links on a 356 are weak and the spindles are marginal. Pre-1959 left side spindles are weak enough to fail during street use. 356 race cars with sticky tires require special spindles and king pins. They do not break but they have over 3* of camber and using them on the street is not wise.

Bottom line, nobody knowledgable and serious about fast driving in a 356 does what you are proposing. I have seen some "slammed" 356s but nobody really drives those, they are only good for going to Cars and Coffee close to home. That is fine but not functional.

Maybe some other racers/others will comment about how they set up their street cars and track cars.If you aren't going to drive the car then it doesn't matter and you can pursue the look that you like.

The top 2 pics show a stock C-link with a gusset and the next 2 show the super strong version. 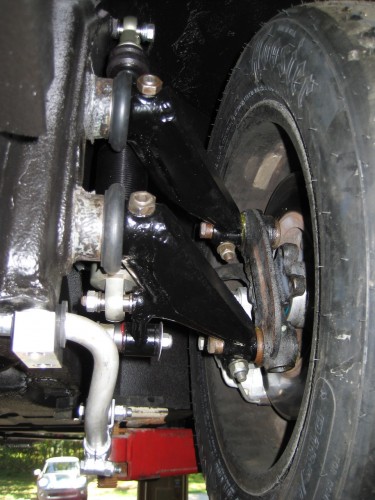 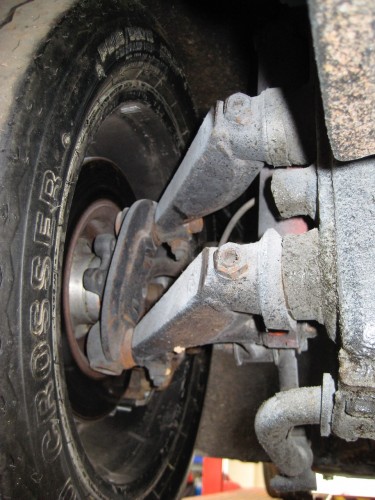 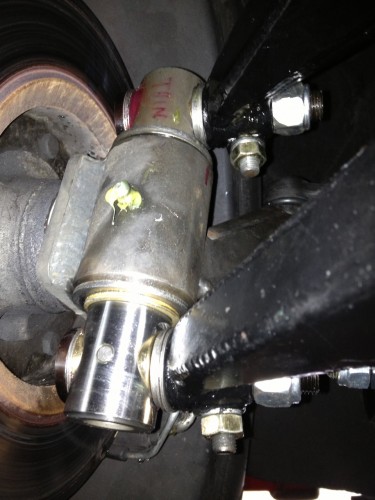 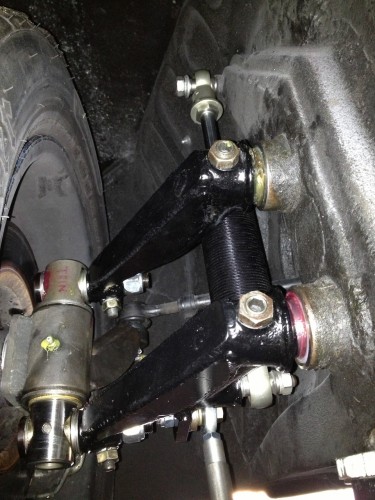 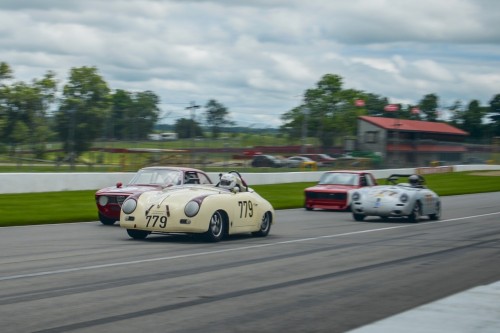 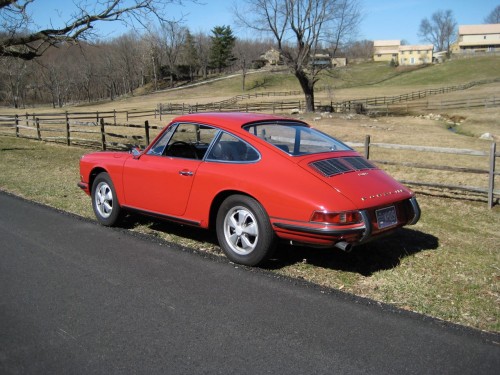 Cliff, thanks for these posts. I don't want to lower my car, but I appreciate the knowledge you are sharing and you taking time to post these photos. It could help someone avoid a serious accident.
Michael Branning
356 Registry President/Trustee
Lexington SC
'64 SR Coupe
Top

Thanx Cliff for the photos. The heavy-duty c-links looks really massive! Are they „selfmade“ or are they available for sale?

You said you archived that height with the standard front axle? Do you need special shortened front shocks for that ride height? I can‘t imagin that the standard length will work.
Top

All the race cars just use the factory adjustment although sometimes the slot for adjustment is elongated by grinding to get lower. Street use does not require special parts or the gusset. The gusset welding is an owner mod. I have never seen them for sale. The serious spindles can be sourced from Vic Skirmants but they have too much camber for street use. Stock shocks work. The wheel travels much more than the shock travels since the shock is near the pivot point for the trailing arms.

Yesteday I picked the car up from the dealer where I bought it close to Hamburg (Northern Germany) and brought it home to Heidelberg (Southern Germany.) With the trailer it is an 8 hour drive oneway.

The first thing what I did today was swapping the wheels to black powdercoated Mangels with sport tires 185/65-15 front and 205/60-15 rear. I also lowered the car on the front the maximum which is possible with the stock adjustment. Next step is to get rid of that steering wheel

As mentioned in a previous post, the engine, or at least the engine case, is factory stock. The car was a „Normal“ with 60hp. It looks like the engine was fresh rebuilt before it was shipped to Germany, looks very clean from the undersite with new screws & bolts. Someone put a set of 40 Webers on it, but I can not say what else was done to the motor. The car comes with a statement from the dealer in Maryland where the car was sold to the dealer in Germany. The statement reads that the engine was upgraded to „S“ specs along with the matching „1600 Super“ emblem on the rear

What ever that means … Here are some snapshots: 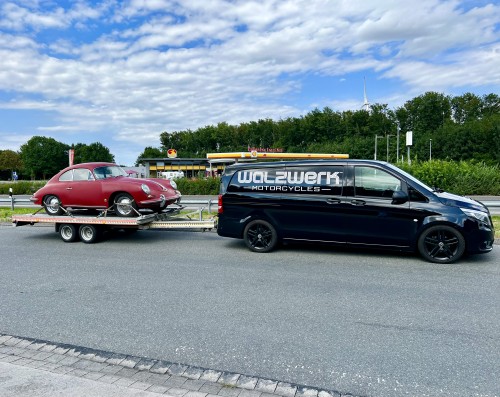 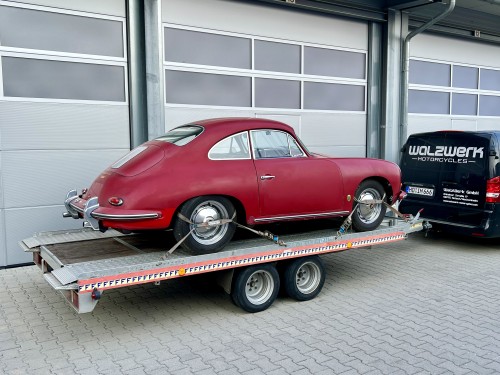 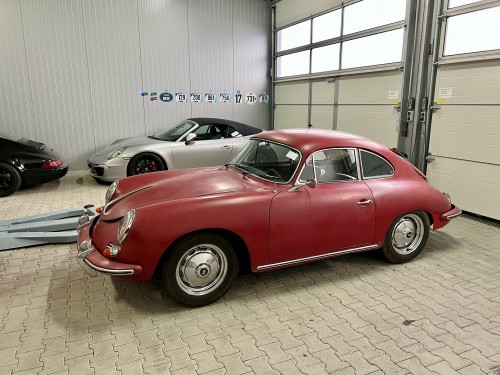 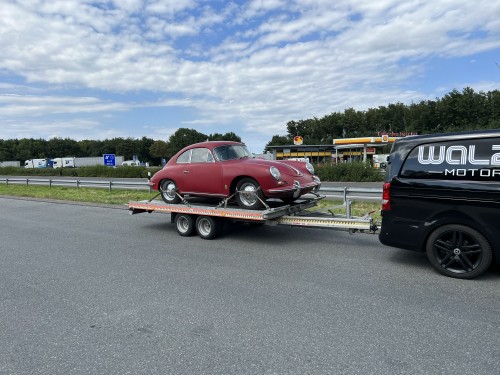 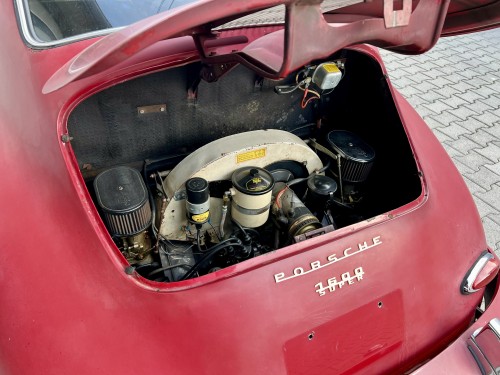 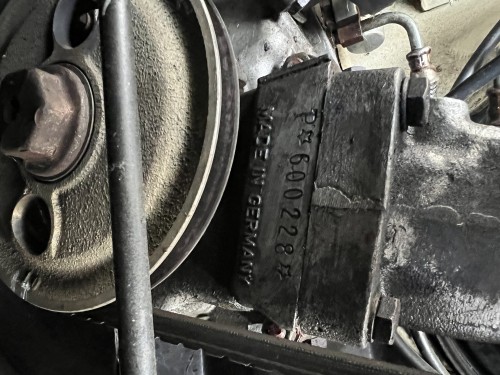 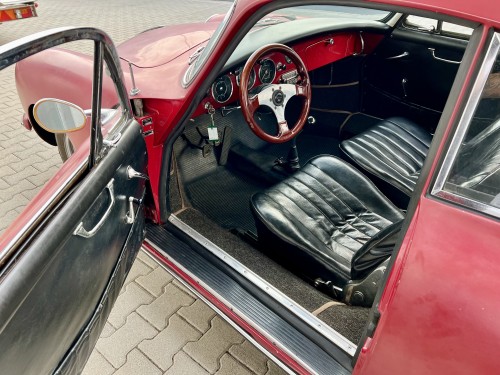 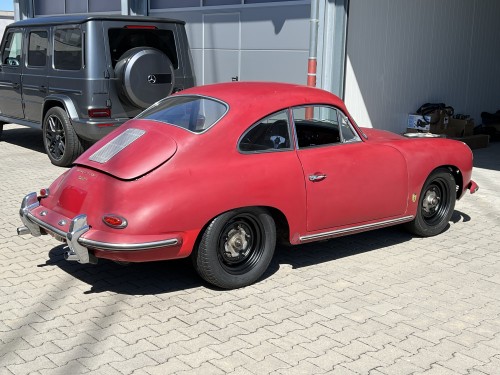 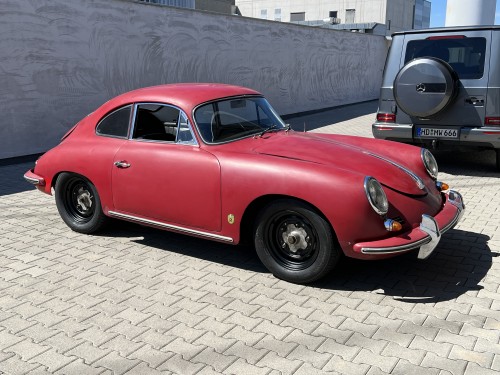