For those who obsess about exactly how their 356 left the factory!
Post Reply
18 posts
Message
Author

Anyone have Pepita seat inserts documented from the factory? This Hagerty article says that they were available: https://www.hagerty.com/media/automotiv ... s-exposed/
1965 356C 2000 BMW 740i Sport 1967 Honda CL77 There is never enough time to do it right, but always enough time to do it over.
Top

Never say never BUT our family was very active in the PCA and I never saw Pepita in a 356. Early 911, yes but that was really a European thing. Americans had better taste

. Since the 911 and the 356 overlapped it is likely that a few Europeans with bad taste ordered a few late 356s with Pepita.

There is an SC on BaT right now that has some ugly cloth but that car has had its engine and transmission serial numbers removed. Perfect for the next owner to make the car "matching numbers".

I tend to come down on Cliff's side on this one, Even though I've been caught out more than once on the never say never theory.
I'm working strictly from memory going back to my initial Porsche interest in 1960. I once saw a 356SC coupe in Austria in 1968 with with pepita seats, but who knows how they got to be that way. Somewhere I have a Kodachrome slide of it because I was so impressed at the time. It was on a German number.
Apropos of absolutely nothing, I remember a photograph in Christophorus of a catamaran belonging to a member of the Porsche/Piech family. It was on a lake in Austria and it was named Pepita...Could have belonged to Ferdinand Pīech.
Top

It's important to remember that a lot of things were retrofitted after they were subsequently introduced by the factory that in the course of time have muddied the waters about what was original when you consider the decades that have passed.
Top

I think they have corduroy. I bought this S90/SC prototype factory test car from Denis Moore years ago that had the ugly stuff and changed it to corduroy. 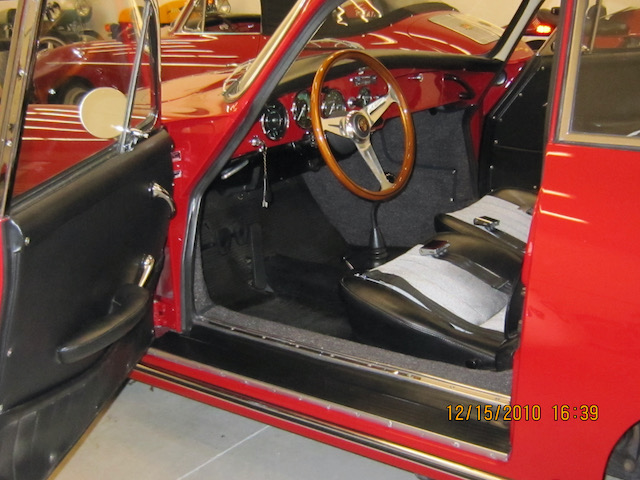 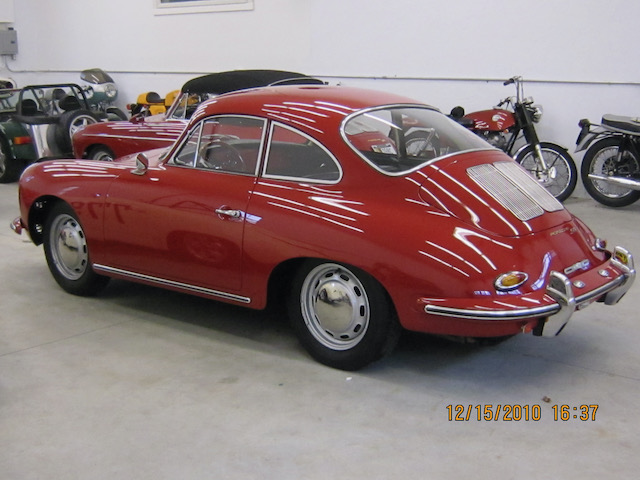 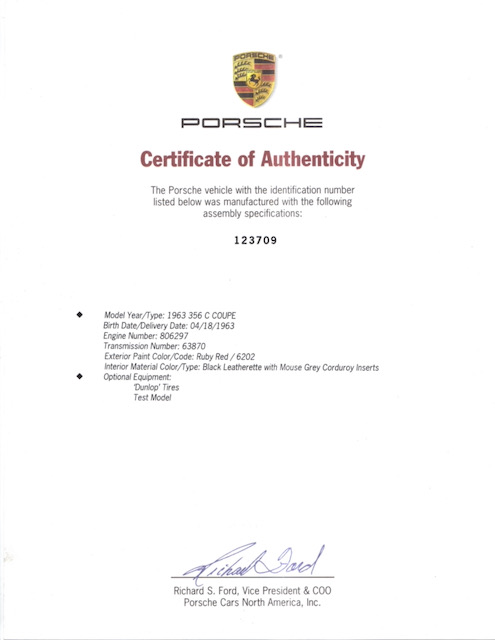 Needless to say, corduroy was available in several colors as a standard option right out of the selector book for many years.
Top

Ugly, but functional.They were always much more popular in Europe than they were in the US. The advantage of corduroy was that it was much more effective in holding your body in position before the days of extremely contoured sports seats. You just didn't slide on it.
Also, don't forget that seatbelts really weren't around then for the most part. European racing drivers had this bizarre notion that they were better off getting thrown clear of the car, whatever that means!
Somewhat more effective were Speedster seats with corduroy inserts that were fitted to a '59 Carrera GT coupe I owned.
Top

Around 1975 I had a red C with the pepita inserts, reasonably tired looking so I imagine it was original. I had slated it for huge Turbo look flares, but sold it once I realized I wouldn’t be able to afford the big tires.
Cleveland Ohio
62 Cabriolet
56 VW
02 IS 300
04 Sienna
Top

That's an interesting car Cliff. It has a B dash/glove box door but a C grab handle oriented correctly for a C. ATE disc brakes too! It's VIN is midway between my B C2 and Peckham's B C2. See you at the GoF
Top

Peter Bartelli wrote: ↑
Sun Jan 30, 2022 4:06 pm
That's an interesting car Cliff. It has a B dash/glove box door but a C grab handle oriented correctly for a C. ATE disc brakes too! It's VIN is midway between my B C2 and Peckham's B C2. See you at the GoF 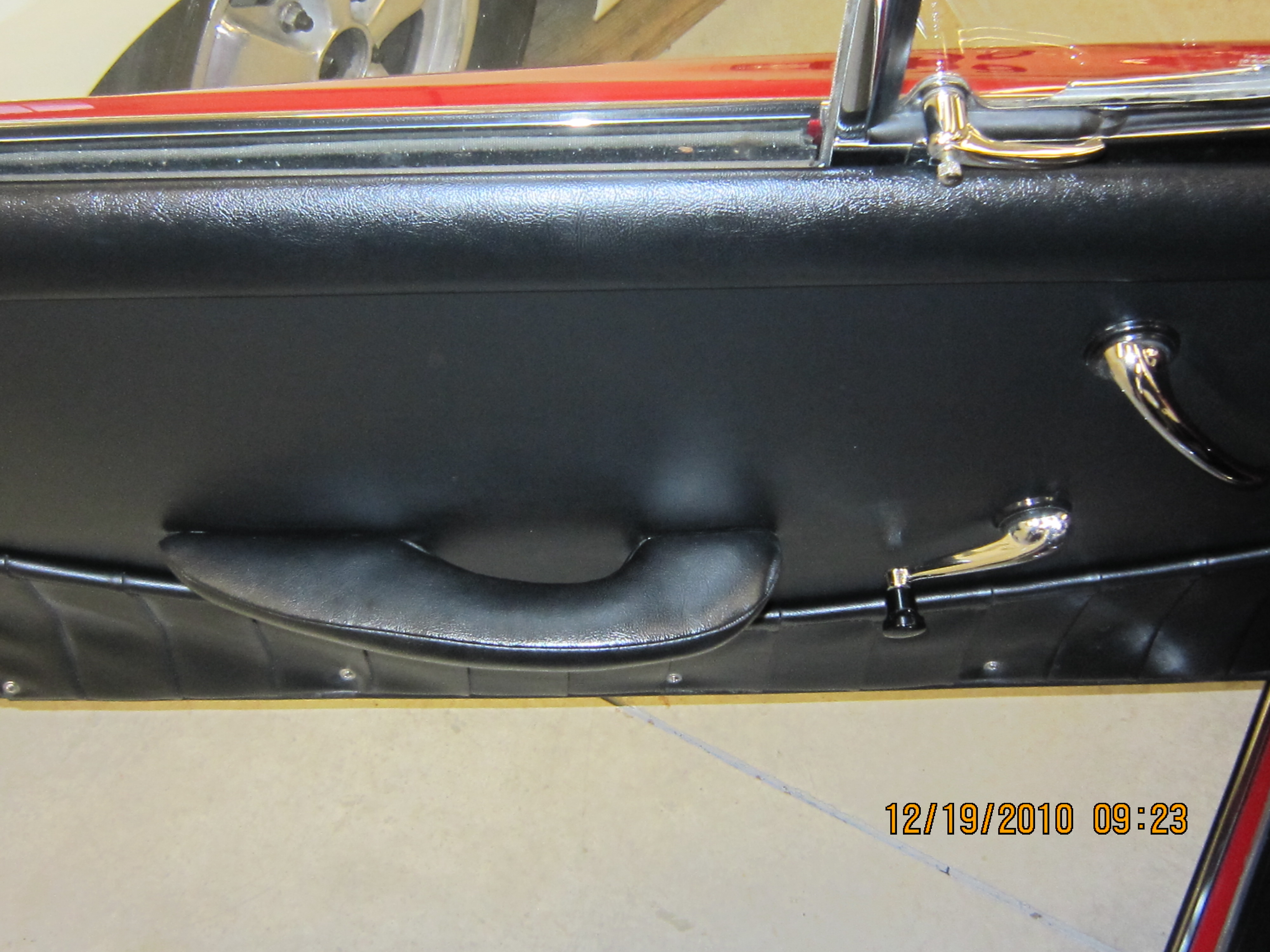 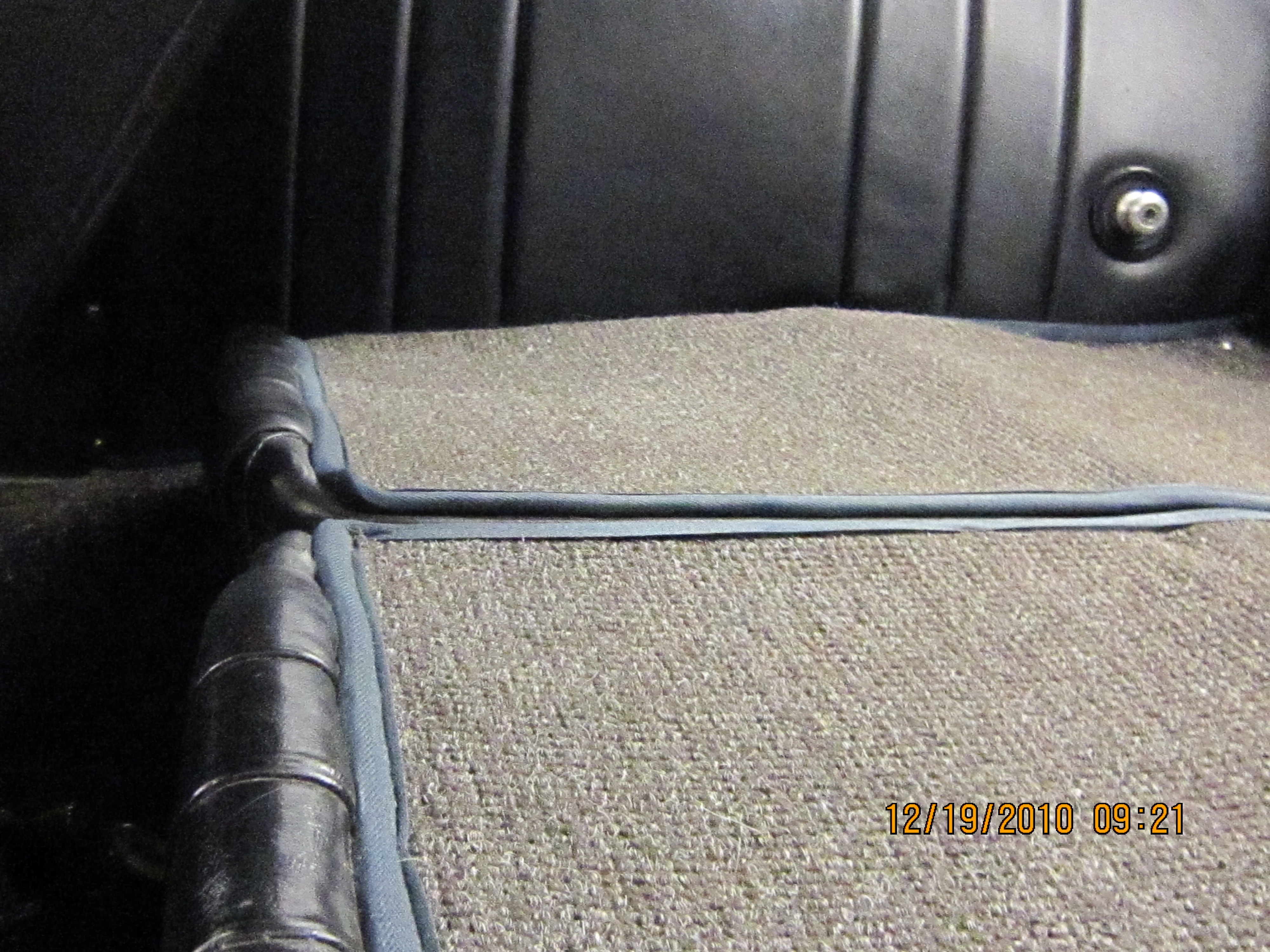 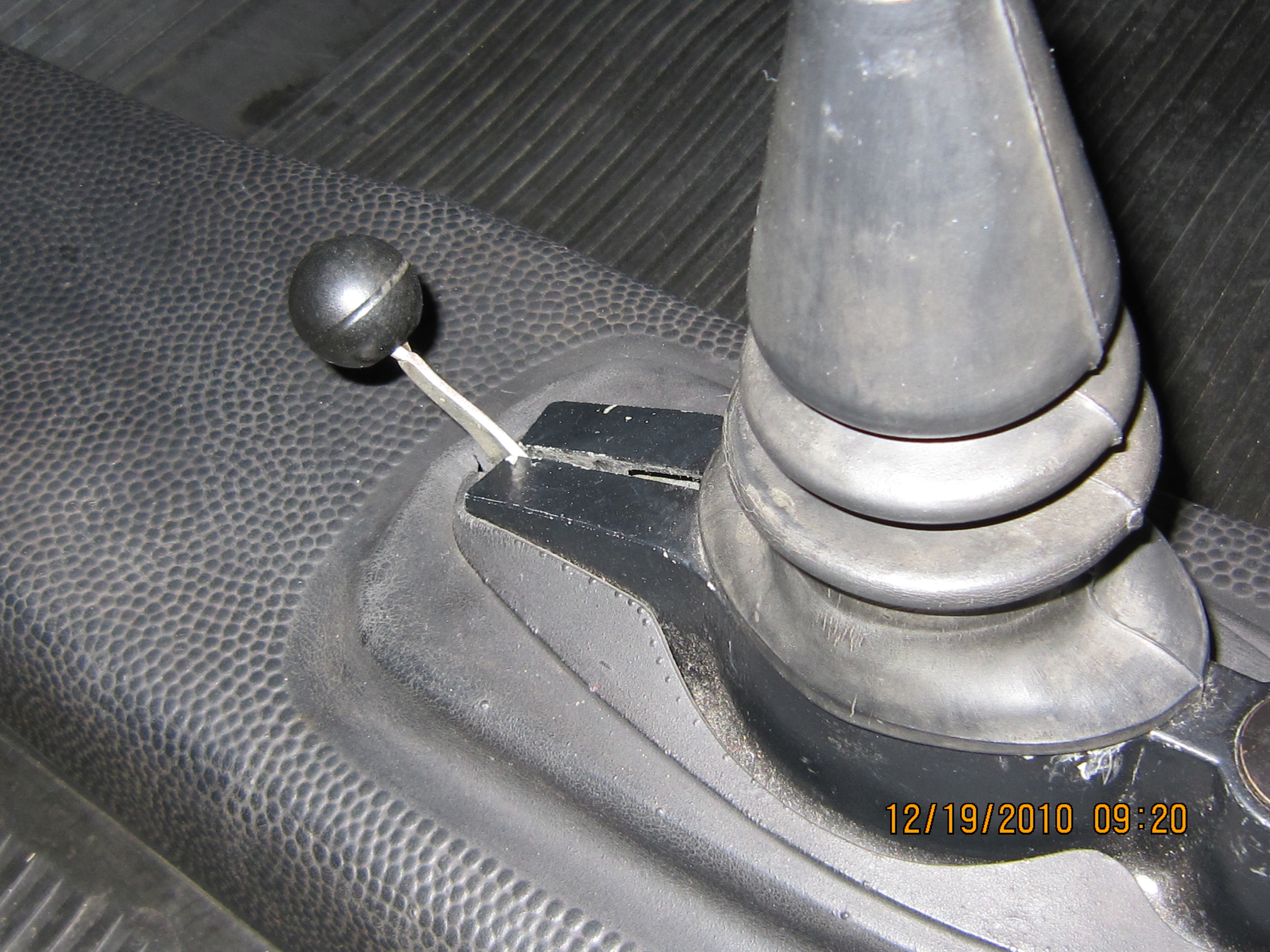 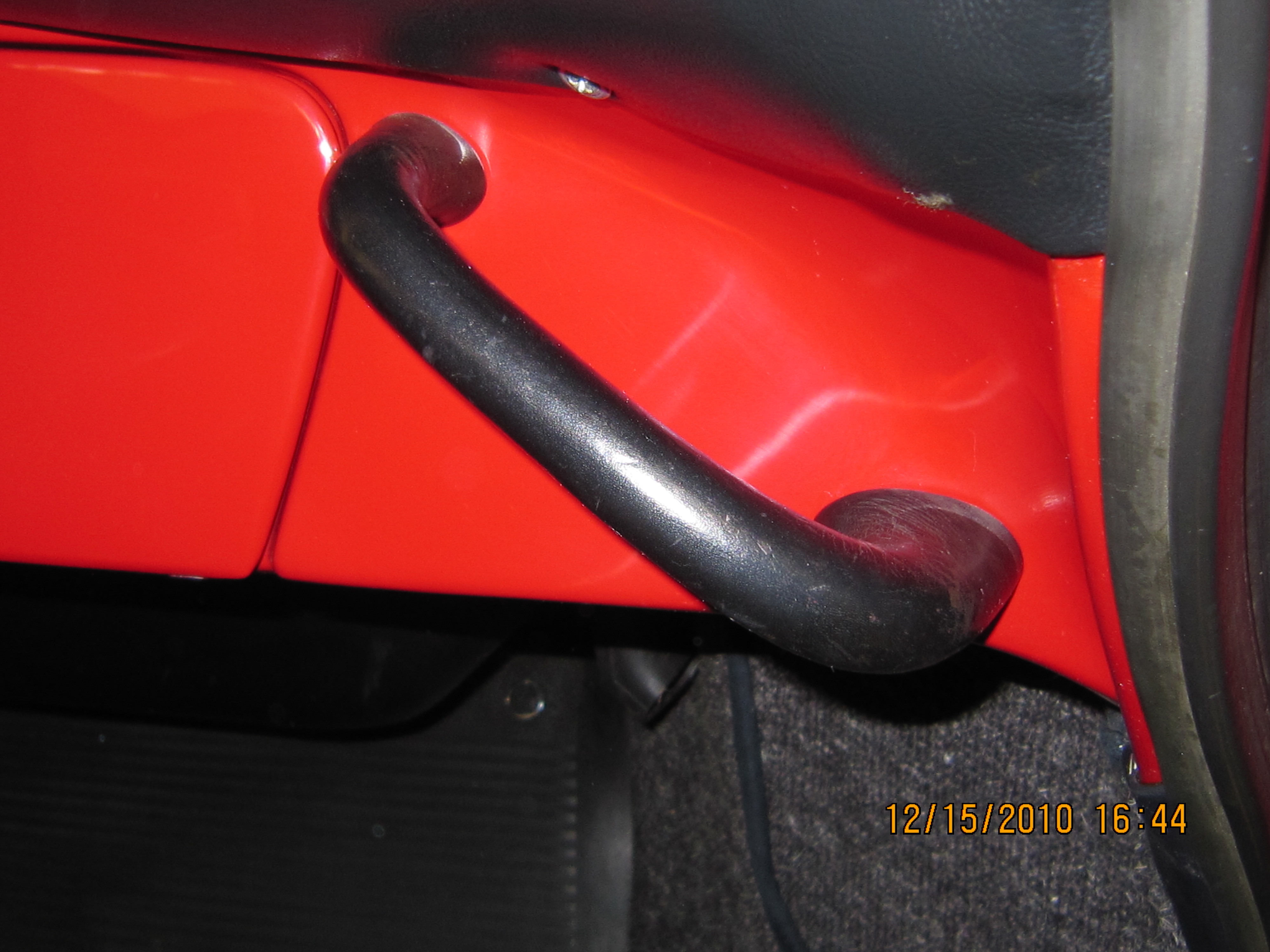 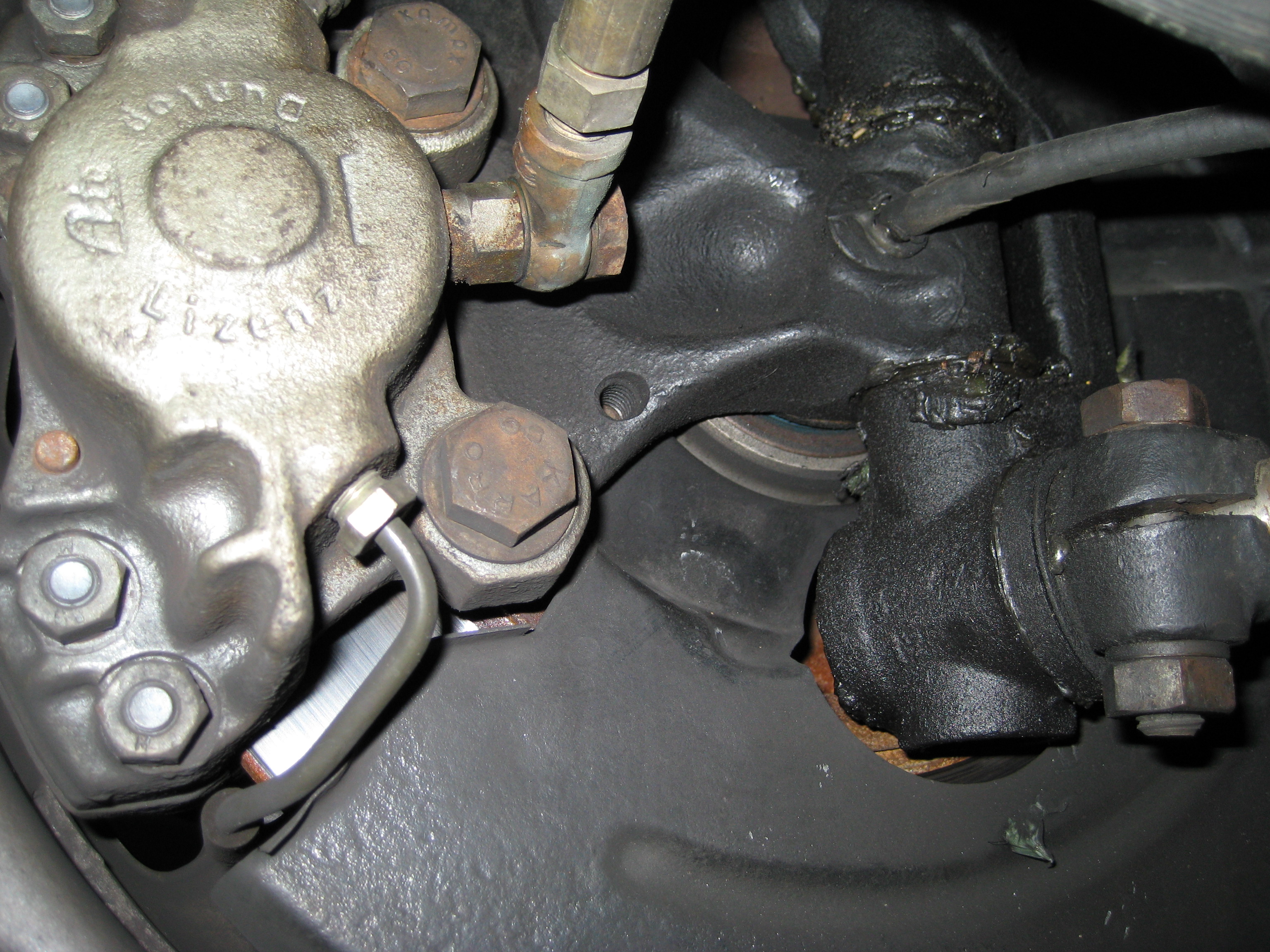 I had a Euro SC Coupe that had them and were listed on the Kardex.
Top

For what it's worth, long ago I had a B GS/GT, a '61 B S-90 w/SR and a '65 C w/SR and all seats gray, red and black, had Mouse gray corduroy inserts. The two later/latter cars were original owner-to-me Euro spec 356s and became everyday drivers. Sweat and movement on them made the corduroy begin to be, let's say, 'less than attractive.'

FWIW #2- At the Factory in the '60s, I asked a Tourist Delivery coordinator about Special Wishes and options and what Porsche would or wouldn't provide. He easily said in perfect English and a great German accent: "For a few DM more, we would match a leather interior to.....(looking down at my wife's purse).....your wife's purse!"
He continued about the young company building a superior customer satisfaction reputation and that it seemed to be working for sales.

Thus, Never Say Never and Never Say Always. Aluminum bumpers for a B/C? The left side curve of the rear bumper on my GS/GT was hit lightly and the paint jumped off and the metal was shiny, it never rusted and a magnet wouldn't stick and hit with a knuckle it sounded differently from my S-90 rear bumper. No part number, no problem! No leather EVER on a Speedster seat? Wanna bet? A Roadster with a 4-cam engine? Hah, I was told "NO" but years later, (2) of those and a Convertible D with a 4-cam were eventually discovered to have been produced.

FWIW #3- I sat down with the young-ish new owner of a 930 during the Indy Holiday in '77. I think his name was Jim Walker. I asked about the unusual green paint and the mocha brown leather block-segmented interior. He told me that when he went to pick up the Turbo at the Factory, he saw another Turbo there being driven by (I think I remember correctly) Herr Bott. This fellow asked to have that interior installed in his. The answer at first was "NO!" but after the threat to cancel his order and move on down to Maranello, the Porsche guys said that they would do the request if the new owner of the Turbo would wait three days and put more money out for the car, I think it was low, maybe an added 1,000 DM. A done deal.
So, the 930 I saw in Indy had the test design for the eventual interior of the new 928. It was actually very cool!
Top
Post Reply
18 posts