For those who obsess about exactly how their 356 left the factory!
Post Reply
32 posts
Message
Author

I have three different styles of 356 horns.
The first is for the early 356's (Pre A's) and has an open face (#1)
The second has a grille and a noticeable ring under the grille (#2)
The third also has a grille but no ring (#3) and I believe the third is for the C and possible B's.

Can anybody help put a use date on them? 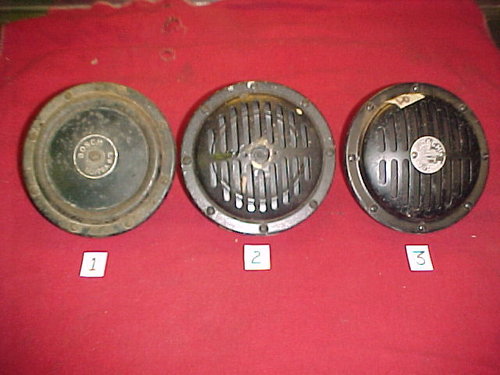 If you carefully remove the paint on the horn, you may be able to find a date code stamped into the housing. Mine was on the back side of the horn, on the outer "rim". In the second picture below, you'll see 406 stamped there. This represents June of 1964. Be gentle in the paint removal and then inspect in excellent light.
Good luck!
Paul 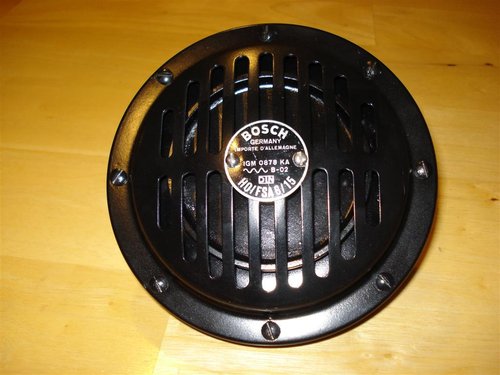 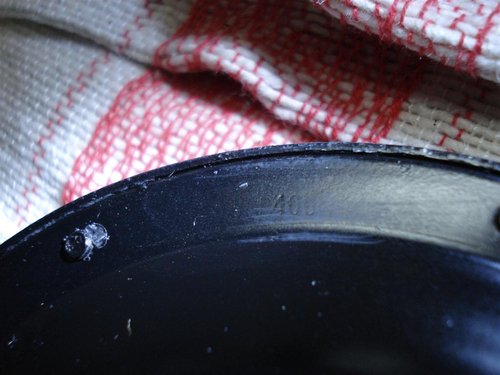 '53 and '54 used the type you show as no. 1 as standard, not sure about earlier. The fanfare type may well have been optional but were not standard. 1953 was an interesting year as the factory was apparently trying to reduce costs as volume rose and I believe most '53 cars came with only a single horn.

Anyone know when Bosch changed the writing on horn data plates for the early single-hole horns? The two styles of data plate are pictured below.

The data plate on the left is from an early 1953 Super coupe. 1953 model year cars came standard with just one horn as Alan mentions above. I suspect the data plate on the right was produced later - sometime between 1954 and 1957. Anyone know when the change occurred?

Interesting stuff. I was always under the impression that only the left style plates were produced. As such I always judged the reproductions (which are the early style) to be wrong. Interested to hear from people who have access to accurate reproductions of the right style (later) horn plate
'56 Coupe
'57 Coupe
'59 Cab
'60 Coupe
Top

Yes interesting! You'll notice in the photo that starts this thread, that the horn on the far left has a data tag like the tag on the right above. Both types of tag are original Bosch items. Just don't know when the change occurred. We need a Brett Johnson-esque poll.
Top

I have a horn like number one on 50199 and One like 3 on my 57, My 57 has a date code of June of 56. The horn for my 53 does not have a legible date code despite a very intense search. The data plate on the early horn is like the first one. 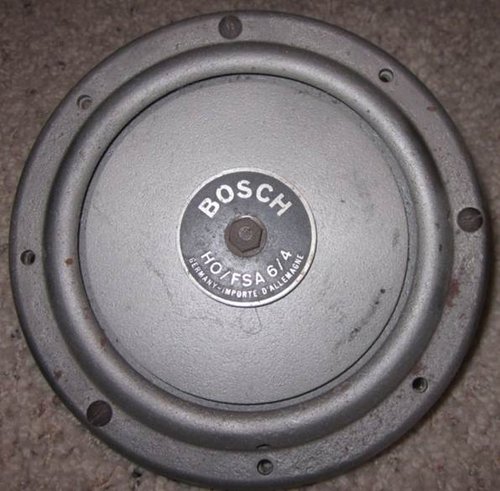 Rick, does the '53 horn have a data tag? If so, is it like the left or right one above?

My early '57 came with this version.
Top

And Joris, just for fun, here's a few photos of an early horn with the later style data plate and mounting bracket. The plate is original, i.e. the black is etched into the aluminum at a lower level.

Anyway, I'd be interested when Bosch changed from the earlier style pictured in Rick's photo above to the newer style data tag pictured here. 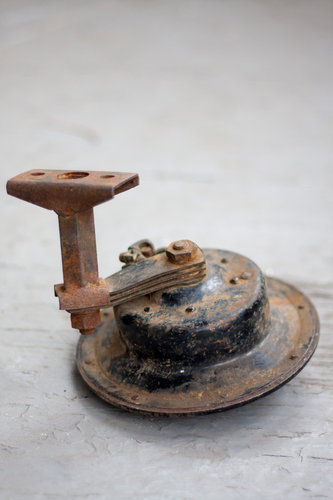 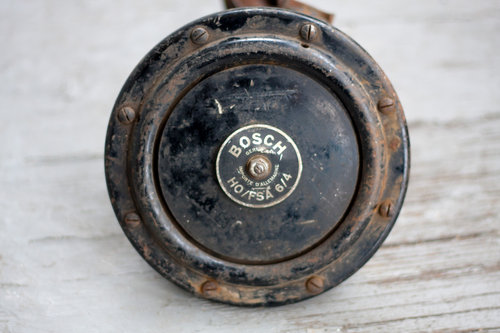 apologies for the dead/sleeping thread bump ... but to be sure is the non-grill version JAMES posted above this post ^^^ correct for 1956A?
Currently working on two nut+bolt resto's in Cape Town
'56 A RHD 5606 Silver Met) over Green - delivered Nairobi (Cooper Motor Corp)
'64 C RHD 6406 (Irisgrun) w Fawn (rehbraun) - delivered Johannesburg (Lindsay Saker)
Top 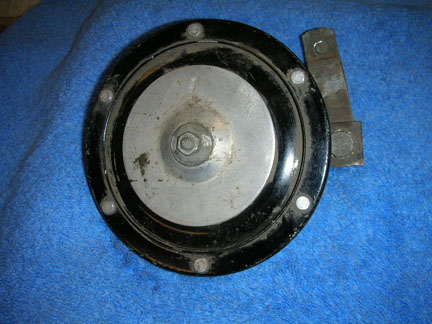