I posted a while back about difficulty with hot start on my 356A , engine is a 1600 Super with Zenith carbs . I thought that the issue was not getting enough throttle opening , as during my brief period of ownership the car seemed to need an open throttle for hot starts . When I checked the throttle linkage I found a lot of slack ( 10mm or almost half inch) in the wire loop at the pivot under front end of gearbox , thought that was the issue.

After a bit of messing around the car would not start at all whether hot or cold and turned out there was no spark at the plugs . I tested the coil and it was open circuit on the secondary , so got a replacement new coil ( Bosch 6 volt from Bosch in Germany ..but made in Brasil ). Fitted it , still no spark . Eventually traced the problem to another open circuit, this time on the 'king' ignition cable connecting coil to distributor . Replace that...bingo ....car starts no problem.

However.....once the engine is warmed up by a 6 mile drive , the tickover revs rise to 2500 , you can drive along without touching the accelerator pedal.


I have made no changes or adjustments to the carburettors , not touched the idle adjustment stop screws , not touched any idle mixture settings , not played around with timing or distributor , all that has changed is a new coil and a good connecting lead from coil to distributor .


Before I embark on changing anything I thought I would post here for any useful insight to this mystery .

The simple action would appear to be to screw out the idle adjustment stop screws on each side to drop from 2500 to 1000 and use my trusty SK airflow meter to balance the airflow on each side at idle.....however the SK is designed for air passage diameters between 45 and 55 mm , the Zeniths are at 60mm so waiting a few days for an adapter to arrive by post before I can start !!
1957 'A' and 1955 'Continental Outlaw'
Top

Do a tune up, it will not harm anything and can only improve things. Make your own Zenith adapter. Large washer with thin rubber sheet on one side.
Here's mine. 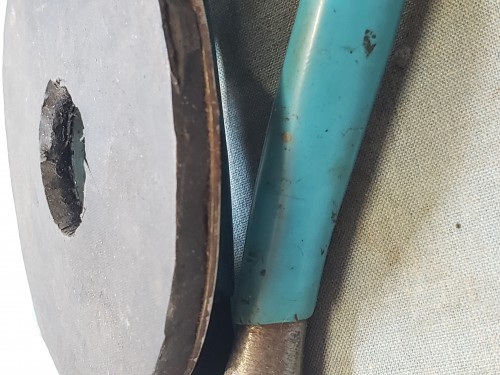 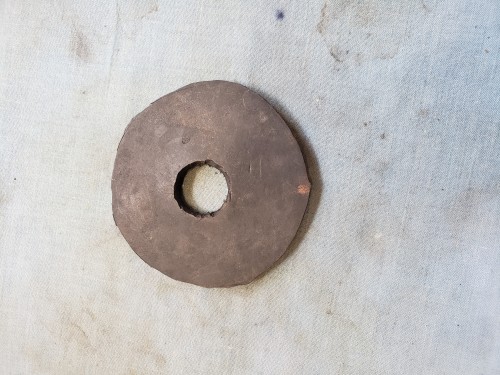 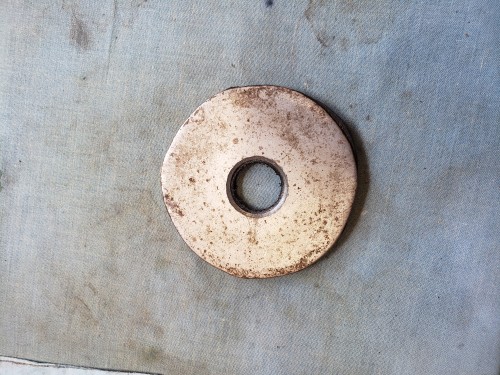 If I had known I would live this long I would have pushed the envelope a little harder.
Cymru am byth
David Jones #9715
Top

Is that hole as small as it looks, David?
Some days it's just not worth chewing through the restraints.....
Top

Maybe 3/4 inch. Big enough to get more air than required with no load.
If I had known I would live this long I would have pushed the envelope a little harder.
Cymru am byth
David Jones #9715
Top

As a first step I’d unsnap the linkage down rods at the carburetors when it’s warm to see if it drops down in speed. That will tell you if it’s a linkage or a carburetor adjustment needed.
Cleveland Ohio
62 Cabriolet
56 VW
02 IS 300
04 Sienna
Top

Hi John, Pre Holland one of the jobs we did was to fit new return springs on the Zeniths. The originals had been stretched a little. The new springs did not have enough tension in them and it hung the throttle open. Put the old springs on and all was well. Worth checking along with Martin and John's suggestion
1958 356A
1967 911S
Top

Thanks for wrapping up the story, and glad you got it figured out.
Cleveland Ohio
62 Cabriolet
56 VW
02 IS 300
04 Sienna
Top

There's a troubleshooting lesson here. When you have a problem, analyze what it was that you last did before the problem occurred. I don't mean this as criticism John, so please do not take it that way. Many times I have been tinkering with a car and some little thing I did caused a seemingly unrelated problem that nearly drove me bonkers until I went back through my previous steps and found the cause.
Some days it's just not worth chewing through the restraints.....
Top

Oops. How'd I manage that?
-
"In God we trust. All others bring data." W. Edwards Deming
Top

One side would be pulling and the other side pushing. Make your choice.
If I had known I would live this long I would have pushed the envelope a little harder.
Cymru am byth
David Jones #9715
Top
Post Reply
38 posts