Dear friends of the 356 Registry

I have just been alerted to the theft of a four cam engine from one of our European friends, Michiel Hoynck van Papendrecht. Michiel is the owner of Speedco, a well known business in the Netherlands which specializes in vintage Porsche parts sales and service. I have become friends with "Speedco Mike", as I like to call him, from purchasing four cam engine parts for our builds.

Mike wrote to me today:

"Wednesday night the 14th of July around 3:30 there has been a burglary at Porsche Specialist Speedco in Bergeilk, near Eindhoven and a Porsche 356 Carrera engine has been stolen. The value of the engine is estimated around $250,000 Euro. The engine serial number is 90047. The engine was being serviced on an engine stand at Speedco before being installed in the car. As, apart from some other Carrera parts that Speedco produces, nothing else was taken and it appears this was a commissioned burglary. The owner is offering a $10,000 Euro reward for any leads that result in finding the engine."

Mike also mentioned the theft of a reproduction 547 crankcase and special Carrera 2 cylinder head, which was a factory raw casting that had never been machined. The thief left behind anything that was not four cam engine related. Mike is working on getting photos of other identifying numbers and marks on the engine so we know exactly what to look for. Mike is a Registry member who has posted a few times in the past, but asked me to spread the word on his behalf. Any questions or comments can be posted on this thread or private messaged to myself or Mike.
Top 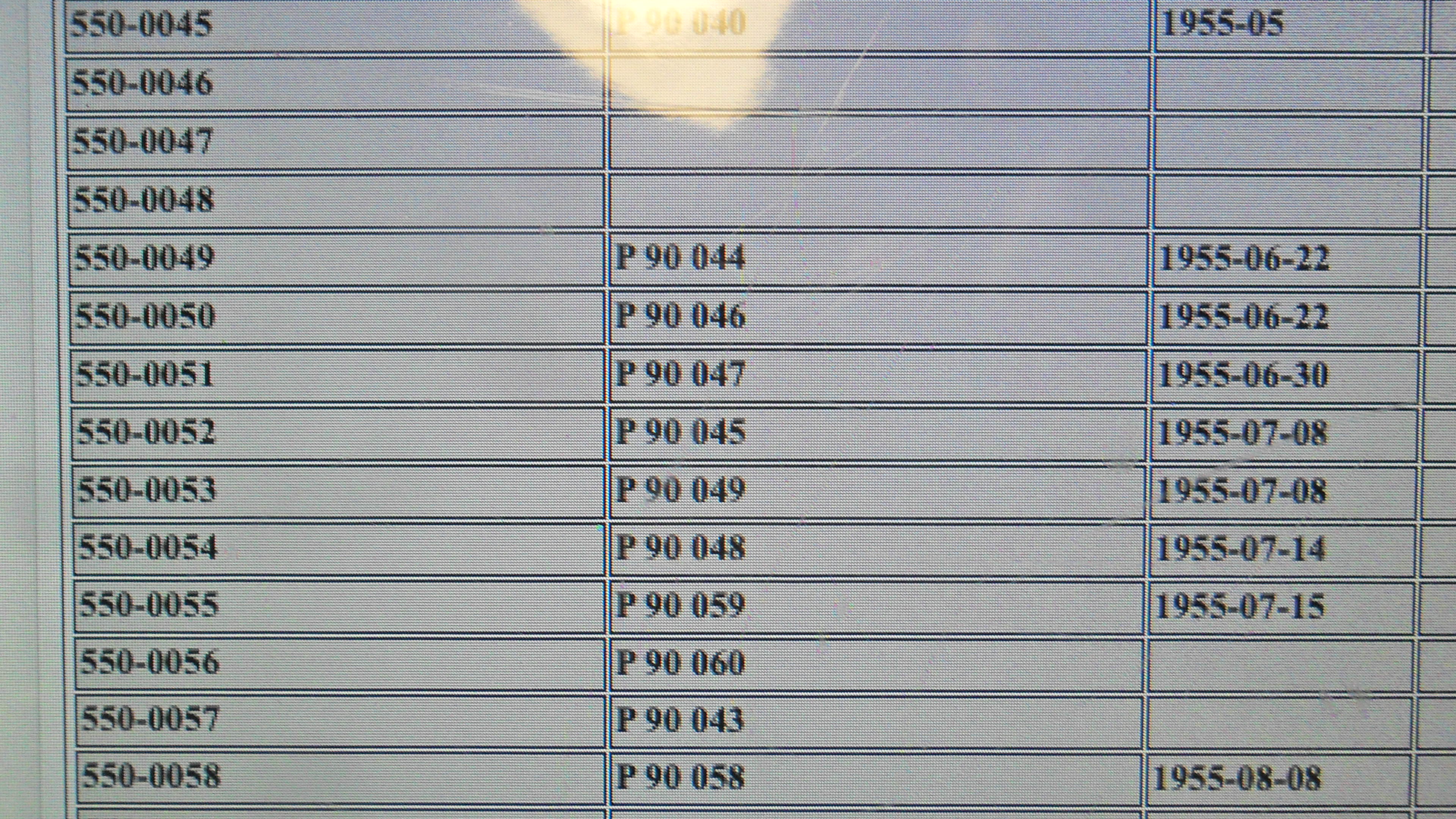 This will be one difficult motor to use or sell. Nothing worse than a thief. May the flees of a thousand camels be on him. ....Jim.
Jim Liberty
Top

I was using the information the shop used when notifying it as lost.
So they must be wrong it seems.
Top

You are both correct that the serial number for a 547/0 550 engine and owner's description of a "356 Carrera engine" do not match up. Mike told me in a private message the right hand case half had a GT stamp and three digit number, and I made the same observations you did. That is why I mentioned he would be getting back to me with all the identifying marks on the engine. From what he described I would guess this was originally a 547/1 GT engine with a 550 serial number stamped on the other side for whatever reason. We can debate those reasons another time, for the moment just trying to help a friend in another country by getting the word out on this side of the ocean. Mike bought the engine with the numbers already there and does not own a 550, so no ill intent on his part.
Top

Thanks for the new information Jeff
Bill Brown
Top

This sounds like an inside job. They knew what they were there for. I really hope it shows up and the thief's hands are chopped off.

Glen, I like your approach! I would hate to think what would happen if I caught someone in the act of stealing or vandalizing my car. Hope this engine is recovered soon.
Top

Geoff in my head I would rip them limb form limb. In real life with two bad shoulders I would probably end up hitting them like two pieces of wet spaghetti (at great pain to my self no less) while they giggled and said stop tickling me

. But then again, I have personality flaw that makes me one of the most vindictive person you will ever meet. So one way or another I'd get my pound of flesh. My father used to say "don't get mad get even". But I only got 50% of his genes. So I get mad and even. And you won't like me when I get mad. But I digress.

I really think they should be looking very closely at the employees, customers, and suppliers of that shop. And I don't think it was done without the engines final destination already known. In other words, the thieving deal had been made well before the break in. Regrettably the engine probably already has a new number from an engine long lost to history at some famous race track back in the day. Sad!
Top

ditto, definitely insider knowledge. They knew a freshly rebuilt motor was finished, ready to install, and knew what it was worth. Can't be that many of those motors left. They most likely will forge the serial numbers with fresh stamping of known retired motor which suddenly got "resurrected" from bits and pieces, and probably already had a waiting buyer or wanted it for their own car. Sad. Agreed, the perps should serve hard time for grand larceny and any other charges that can be filed against them.


Glen Getchell wrote: ↑
Sun Jul 19, 2020 4:49 pm
I would probably end up hitting them like two pieces of wet spaghetti (at great pain to my self no less) while they giggled and said stop tickling me . . .

"Nostalgia isn't what it used to be"
Top

Don Gale wrote: ↑
Sun Jul 19, 2020 5:16 pm
[...]They most likely will forge the serial numbers with fresh stamping of known retired motor which suddenly got "resurrected" from bits and pieces, and probably already had a waiting buyer or wanted it for their own car.[...]

I'm seeing this differently:
If that engine is to sell for anything like its market value with a good number, the buyer is going to demand some provenance.
Pretty sure, like most fenced *identifiable* high end goods, the shame here is that it will likely change hands to be fitted to some fake 550 for the cost of the rebuild parts.
'Crime doesn't pay' is less a moral statement than an observation.
Ron LaDow
www.precisionmatters.biz
Top
Post Reply
18 posts