It's 2014 now and I know tires change every year.165 or 185/15s are harder to find from some manufacturers. What is available now for the average driver, if such exists within the Porsche community.
Top

Continuing to get my 65C back in to running order after many years of light use and storage. Time to get new tires. I reviewed the sticky posts and did a search on Michelin XZXs. Few comments

Michelin XZXs on currently, but they are about 20 years old and I do not feel safe driving far on them. CoA lists Michelin as an option when it was purchased, so I would like to stay with that brand unless there is a compelling reason not to.

Comments from XZX users on how they like these? Thank you in advance

Randy, I have had Michelin on my Speedster since 1965. I really like them over anything else when I was driving her hard but now days I don't driver hard in the corners as before so when putting new tires on her two years ago I didn't go with them. But if I had to do it over I would have went to Coker tire and got the XZX as even though I don't driver hard I like the way she felt with them over the tires I have now. Hope this helps and good luck. George
George E Walling
Top

Are their other places I am missing? Many of the posts on the Tire sticky refer to places that no long carry those tires.
Top

Randy,
Are you having sourcing the Michelins or tires in general in the 165/15 size?
Top

Randy,
Many may scoff but Walmart have tires that will fit. I have 185's on my "C" and the steering is as light as on my "A" with 165's.
Hankook make a tire that is way better than any that were available when your car was new. when my current tires reach their age limit I will likely got to Walmart for the replacements. I have driven on a variety of different tires and the difference is usually too small to be of consequence. Tracking and tire pressures will make a bigger difference than switching tires brands or tread patterns.
http://www.walmart.com/ip/Hankook-Optim ... 5/17792578
If I had known I would live this long I would have pushed the envelope a little harder.
Cymru am byth
David Jones #9715
Top

I too have been doing a little searching prior to getting new shoes....I spoke with a Coker phone rep who reported the tire is manafactured in France by Michelin and Coker is the exclusive distributor here...tire shops can order them but they come from Coker.

I hear really good things about the Vredestein Sprint Classic but it looks like they recently redesigned the sidewall pattern (look on Vredestein or coker's website for pics) and I am not sure of that look for our cars...If anyone here has any comments on the newer Vredestein appearance it would be welcomed.

For reference, Classic Motorsport magazine has a comparison test article in the most recent issue...they did some basic comparisons of Vredestein, XZX, and Firestone F560 on a MGA. The Vredestein came out on top. They too mentioned the unusual sidewall appearance. Many of us spend a lot of time looking at our cars in addition to driving, so the proper look can be important to many.
Gary Cox
Baton Rouge, LA

Anyone have current pics of the three to post up? Am looking at tires myself. Was gonna shoot for XZX but if the Vredsteins look period, may go for those instead.

Jon Schmid wrote:Randy,
Are you having sourcing the Michelins or tires in general in the 165/15 size?


I searched for 165/15, and several variations. Also searched the 165sr15, my current tire markings. Any other search criteria I should use?

Saw the Vree, Michelin, and a few others with slightly different sizes. I did review the article on tire sizes that would work. I am on stock 4.5 inch rims.

The goal for the car is a nice driver, not concourse. I am watching the money, but not purposely going cheap.
Top

OK, thanks, Randy. My only comment on the European tires is whether you will ever put enough miles on them to justify the expense before they "age out." I think very highly of the Vredesteins but an available, reasonably priced, and very good performing tire that I have found in the 165/15 size is the Nexen. I would have recommended Kumho but they apparently dropped the 165's a while back. I have had Nexens on my coupe for a couple years now; so far very good wear and tires are not the limiting factor on my cornering speeds. Good luck with your search.
Jon
Top

Here are photos of three tires that are available in 165/15 for our cars...photos courtesy of coker tire. I think the Firestones can be had for about $80 but I am not crazy about the profile. 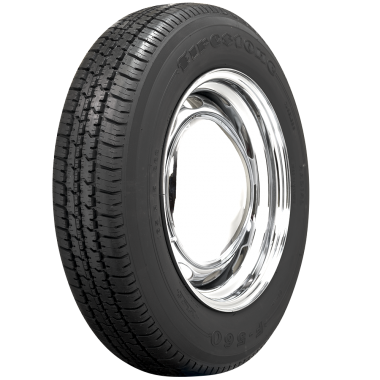 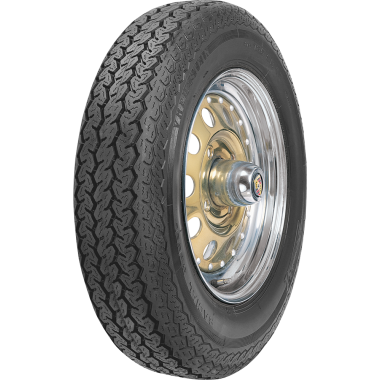 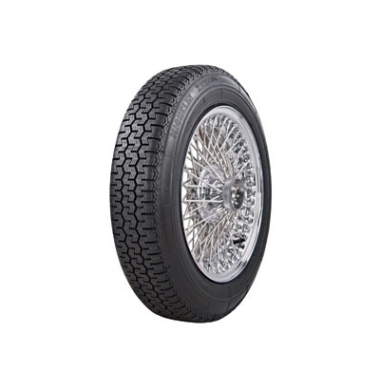 The XZXs I had on my 1980 Corolla SW in 1985 were perfect for family vacations, nice and round, and not even slightly sporting, even with my home-made rear sway bar. If you plan on pushing it much, get something better. Does anybody know if the Coker is really a Michelin, or is it Michelin styling and markings on a Coker tire? The sales rep may or may not actually know.
Cleveland Ohio
62 Cabriolet
56 VW
02 IS 300
04 Sienna
Top

Got my Michelins from Coker about 18 months ago for my Speedster. I like for the styling, (and push it a bit in the corners sometimes).

I have no doubt they are the real thing - cute little Michelin men in all sorts of weird places. Surprised to discover they were made in ..... Croatia.....
(if my memory is correct)
'58 Speedster
'65 911
revivem.co.nz
Top
Post Reply
633 posts