As usual, I'm looking for beginnings and ends. Can anybody give me something definite before June 1951 or after January 1952? These just don't show up in period photos, but also don't get changed unless the car is updated. We should be able to figure this one out, yes? This is my current text:

In MARCH??? 1951 in an effort to improve braking ability Porsche made finned aluminum sleeves, which were the same front & rear, and pressed them onto the VW drums. These likely had negligible cooling effect, but continued to be used until WHEN 1/30/52 at least??? Some cars had these on all four brakes, some just in front.

Thanks in advance!
Brett Johnson
Top

Years ago I got some parts off a bent-window 1500S Cab that I think was a 1953. It had split case trans and the aluminum fins on the drums. I am sure of all those details except year.
Top

It certainly could have been a bent window car, but not a 1953 model year car, because that one would have had aluminum drums like on 356As (okay, if at the change time maybe not). However, in this exercise I do need chassis numbers to determine things.
Brett Johnson
Top

Most recent information on fin use is through at least July 1952 -- possibly through the end of Model 52s in October/November 1952.
Brett Johnson
Top

not sure if this helps, but I contacted Vic Skirmants to help identify an early complete gear box that I've had for years - and had been stored for many years before that. Vic said:
'Early 1951 would have had a VW crashbox, and the small VW brake drums, probably with aluminum fins pressed on. You have the large Porsche drums, as expected for a later 1952 car. You also have the early axle tubes that take a bolt-on shock mount. The rear hoop is also unique to mounting either a VW crashbox or early 519 into a 356.' 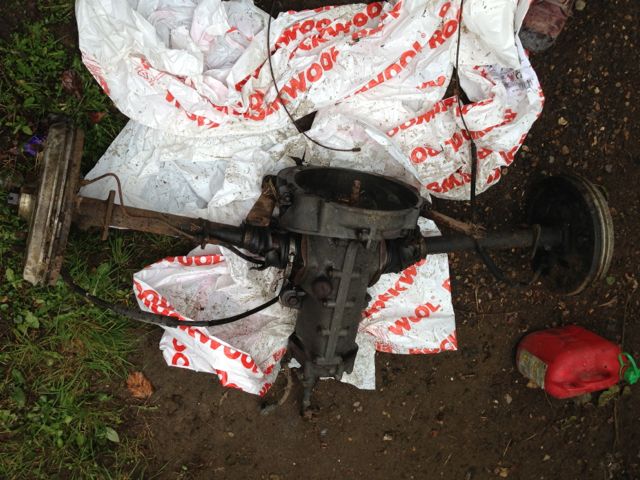 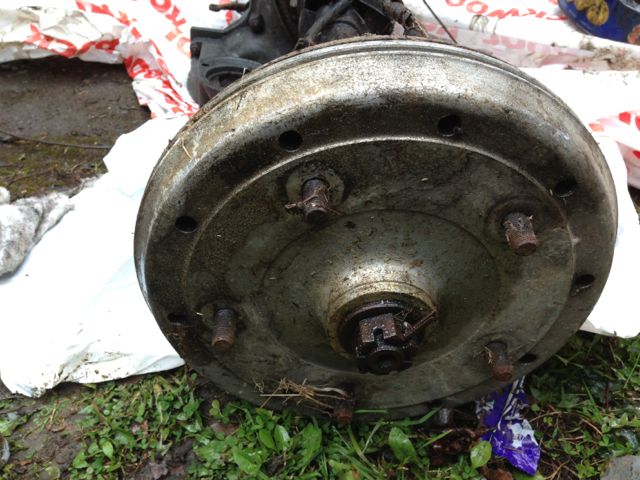