For those who obsess about exactly how their 356 left the factory!
Forum rules
Post Reply
5 posts • Page 1 of 1
Message
Author

Has anyone matched an original Speedster Blue car?

We have a sample matched to original, but I want to get some various references for our library. I'm happy to pay for a spray out, or just a dab of paint. 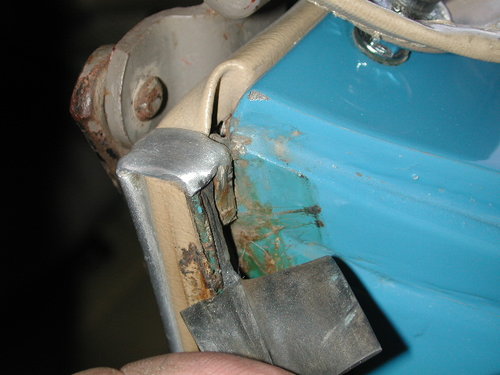 I might be able to help. I have a car that is repainted speedster blue , and I bought a colour spray out card from you last year which does not match it. I got Bruce Cooper (speedwagen) to match it to one of his library colours , he mixed some Glasurit base paint for me. I am away in Japan right now but when I get back to UK will look up the mix formula. PS I think your card was labelled speedster blue/sky blue and maybe matches the later colour (sky)
1964 'C' and 1955 'Continental Outlaw'
Top

John
I just finished painting my 1954 speedster blue. I did have your paint out card and it did not match a sample of the dash I had. We tried several paint suppliers but they could not come up with the right tone. I did get through to a specialist from Glasurit and they were able to come up with what we think is the correct color, the 602 code. I have several pictures you can see but they change under different lighting conditions. I also have the paint formula if you are interested. give me a call There were some problems but I can explain them to you
Mike dejonge
Restoration Design Inc.
52 Pre A Body Bumper X2
53 Pre A coupe
54 Pre A speedster
56 Speedster
60 D'letern Roadster
67 911
05 997
Top

Hi John , I have just PMed you with the formula for the Glasurit 22 line paint that was matched to my car
1964 'C' and 1955 'Continental Outlaw'
Top

Hello, also looking for the formula for speedster blue. Glasurit? Dou you guys have it? Would be nice if you can forward it to me. Thanks Walter office@classiccarconsulting.com
Walter J. Sieberer
Vienna / Austria