For those who obsess about exactly how their 356 left the factory!
Forum rules
Post Reply
15 posts • Page 1 of 1
Message
Author

I have a 1964 356 C with matching vehicle number, engine number, transmission number, engine lid stamping number, and date correct stamping on all 4 wheels. The issue I have is I see no number stamping on the front trunk lid. Are all the front trunk lids stamped and if so are there different areas where the stamping may be? Also, if there is no number, does that make it likely that it is not original or is it possible that not all original lids were stamped?

Mine I believe was stamped on the drivers side hood flange, 2 digits only.
Top

Thanks for the information
Top

I just help paint a 64c Karman bodied car and nothing had paint shop stamps. Doors, bumpers, hood, deck lid, no stamps at all. I had always assumed everything was stamped after fitted before paint, but there are exceptions to everything. 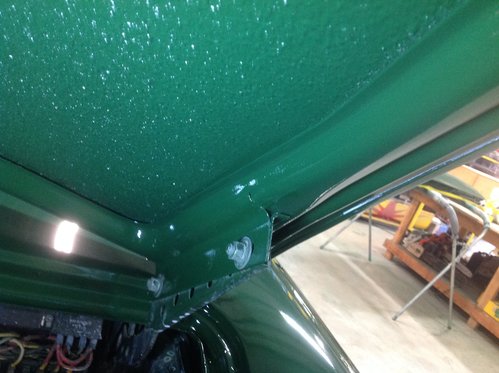 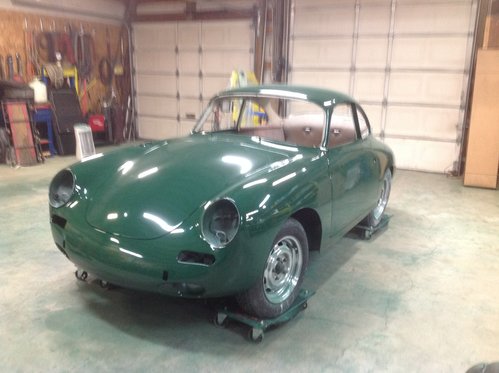 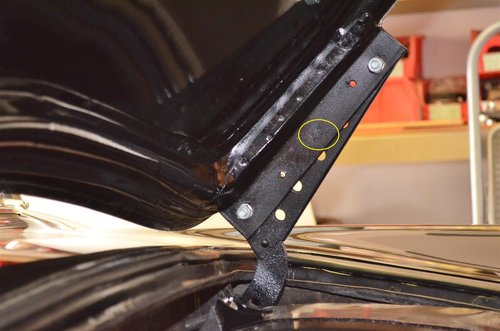 I don't believe Karmann bodies ever had the last two (possibly three) digits of the chassis number stamped on the hinge, only on the safety catch.
Jan Kolm
356 Registry #1066
1960 1600N Coupe
Top

My May/June '64 SC Cab (so Ruetter) has stamps on everything except the hood - at least I've never found it. No visible signs of body damage or panel replacement on the fenders, nose or cowl when I restored it and it fits perfectly. I assumed it is original, just not stamped but who knows - could have been bent, but based on the condition of the car when I got it, I don't think the previous owner would have replaced a bent hood.
Greg Bryan
Top

Jan Kolm wrote:I don't believe Karmann bodies ever had the last two (possibly three) digits of the chassis number stamped on the hinge, only on the safety catch.

My understanding is that Karmann cars did not have numbers stamped on the trunk lid. My original '64 Karmann does not have them.
Ned Hamlin
'64 Bali Blue coupe
'65 Togo Brown SC
'58 Ruby Speedster
'57 Black Sunroof coupe


If you don't know where you're going, any road will take you there - George Harrison/Yogi Berra
Top

My late '64 Karmann doesn't have any marking on the hood hinges. I agree. Apparently Karmann wasn't consistent either...... Other numbers, however, are all where you would expect to find them.
Some days it just isn’t worth the hassle of chewing through the restraints......
Top

'63 B Karmann coupe, chassis #213532, build date May, 30: last two numbers on upper deck lid latch and tab of upper hood latch but no numbers on the hood hinge.

On my 65 SC (221581), the numbers are stamped at the forward end of the passenger side hinge mount. A friend with an earlier C also believed there was no number. We popped his hood and found it on the passenger side immediately.
Top
Post Reply
15 posts • Page 1 of 1