Of all the old motorbikes I owned this is my favourite and the one I wish I hadn’t sold. As soon as my 356C’s rebuild is finished, I’m going to try and track another down and do it. 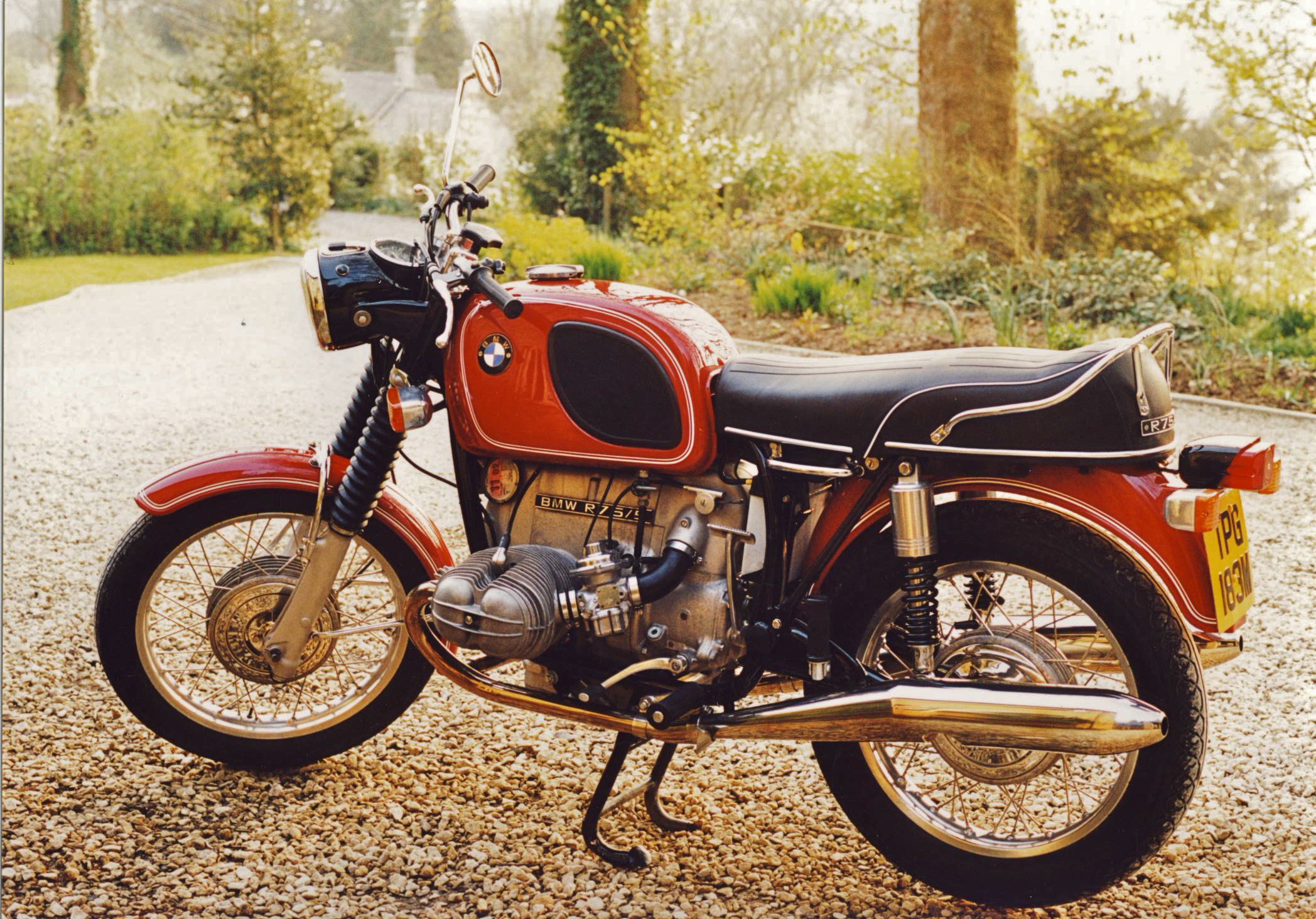 I had one, same color. Once rode it from Texas to California & back & other points. Also wish I still had it and am looking for one. If I find 2, I'll let you know:-)
Spike Jones
Top

I have a little number plate with plexiglass screen on my single Ducati that covers the headlight and mounts at the headlight mounting points. There a guy named bsanut who sells replicas on ebay that are very accurate to what was run in the day. Looks really cool and does not cover any of the pretty pieces.

I have a little number plate with plexiglass screen on my single Ducati that covers the headlight and mounts at the headlight mounting points. There a guy named bsanut who sells replicas on ebay that are very accurate to what was run in the day. Looks really cool and does not cover any of the pretty pieces.

Is this the one?

I brought back a suitcase full of Velocette parts from England for a friend of mine back in 1978. Those are great bikes.
I've had a few favorites - My Ossa 250 Pioneer, an Ossa Widfire 250cc roadracer, a Yankee 500Z, a BMW R50/2 and my first bike a Honda CL77 305 Scrambler 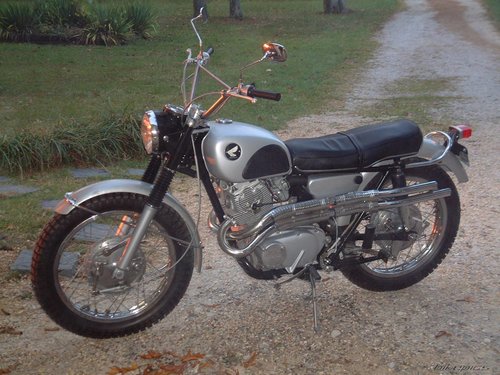 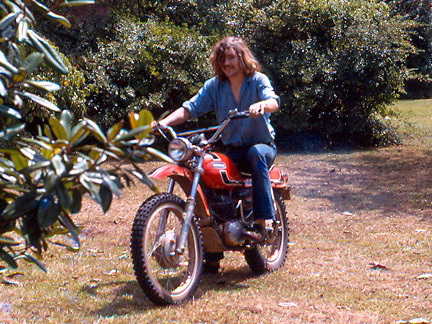 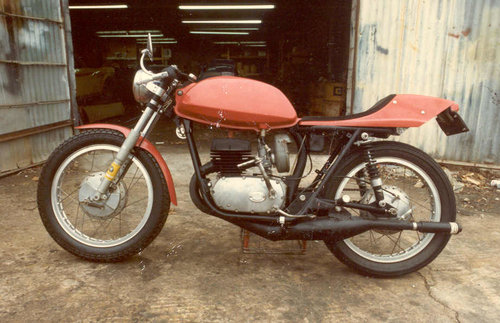 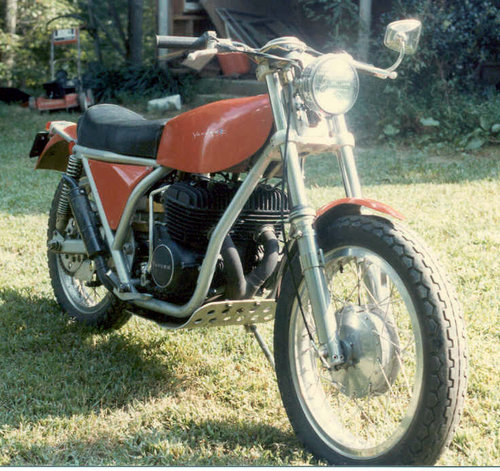 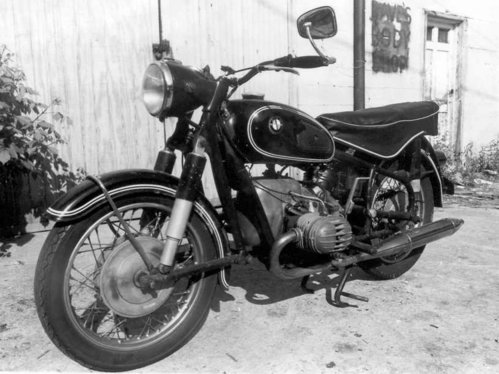 Sebastian, that is the one. I have an original and one of these repros and the report is really nice. You will need to have a plexiglass screen made - I think he has the pattern but not the screens. My local glass shop cut the plexiform me and thought it was so much fun that he didn't charge me for it! It looks really cool on the bike and looks correct.

There must be a lot of Triumph fans in the crowd. Here is the 1965 Bonneville that I restored, now sold. 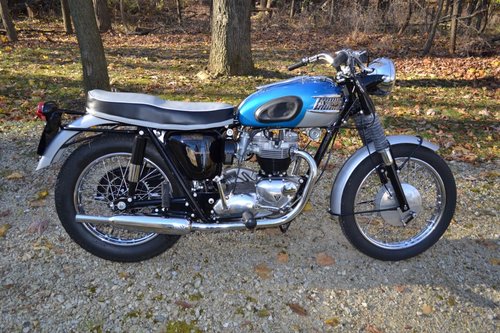 I've thought since college when my room mate had one that BMW twins and 356's shared a certain heritage. My plan in the 1960's was to buy one new in Munich and ride it through Spain, cross the straits, go along North Africa to Egypt, and then go south to Cape Town where a girl I had met on a motorcycle tour of Europe lived. Other things intervened and I never got around to it, but I have coveted a neighbors R69S for years. Last spring he decided to downsize his collection and I got the '68 R69S: 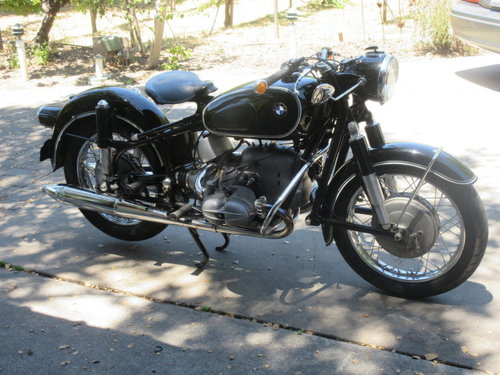 Circumstances make the tour of Africa or the Khyber pass impractical now, but there are still plenty of good roads locally in the Santa Cruz Mountains.
Top

I started motorcycling in 1969 and in 1970 my parents and I were in Europe for 2 or 3 weeks driving around in a Bug. There were many BMWs both solo and two up blasting through the alps. The riders all seemed to wear the same uniform of black leather everything, boots, pants, jacket, and gloves. In the US shorts and flip-flops was considered good enough. I didn't ride that way but I was taught by my friend who rode a Velocette and wore Belstaff gear. In Europe, especially in Germany, riders were very serious. The R69S was the one to have back then.
'57 Speedster
'59 Sunroof
'60 Devin D Porsche Race Car - Finally Finished!
'63 GS 2133 coupe
'64 Elva Courier mk4T
'67 911 S Original Owner
Top

I always wanted an R69S but the best I managed was the R60, which was a very good bike and I rode many miles on it. I had a succession of twins until the fours appeared and then I switched, though I didn’t like the dreadful handling of the first incarnation.

In retrospect I like the R75/5 best of all the twins, but at the time my favourite was the R90S. It was much faster and a bit more comfortable although it did have vibration periods.

I had a Bonneville in 1968 and loathed it. My wife to be was at LSE then and I had to ride 100 miles to see her, but instead of doing that I spent my time chasing around Triumph agents desperately trying to buy the bits that had broken all fallen off getting there. Lovely looking bike but hopelessly unreliable.

I had a couple of Ariel Square 4s and they were pretty good by comparison. 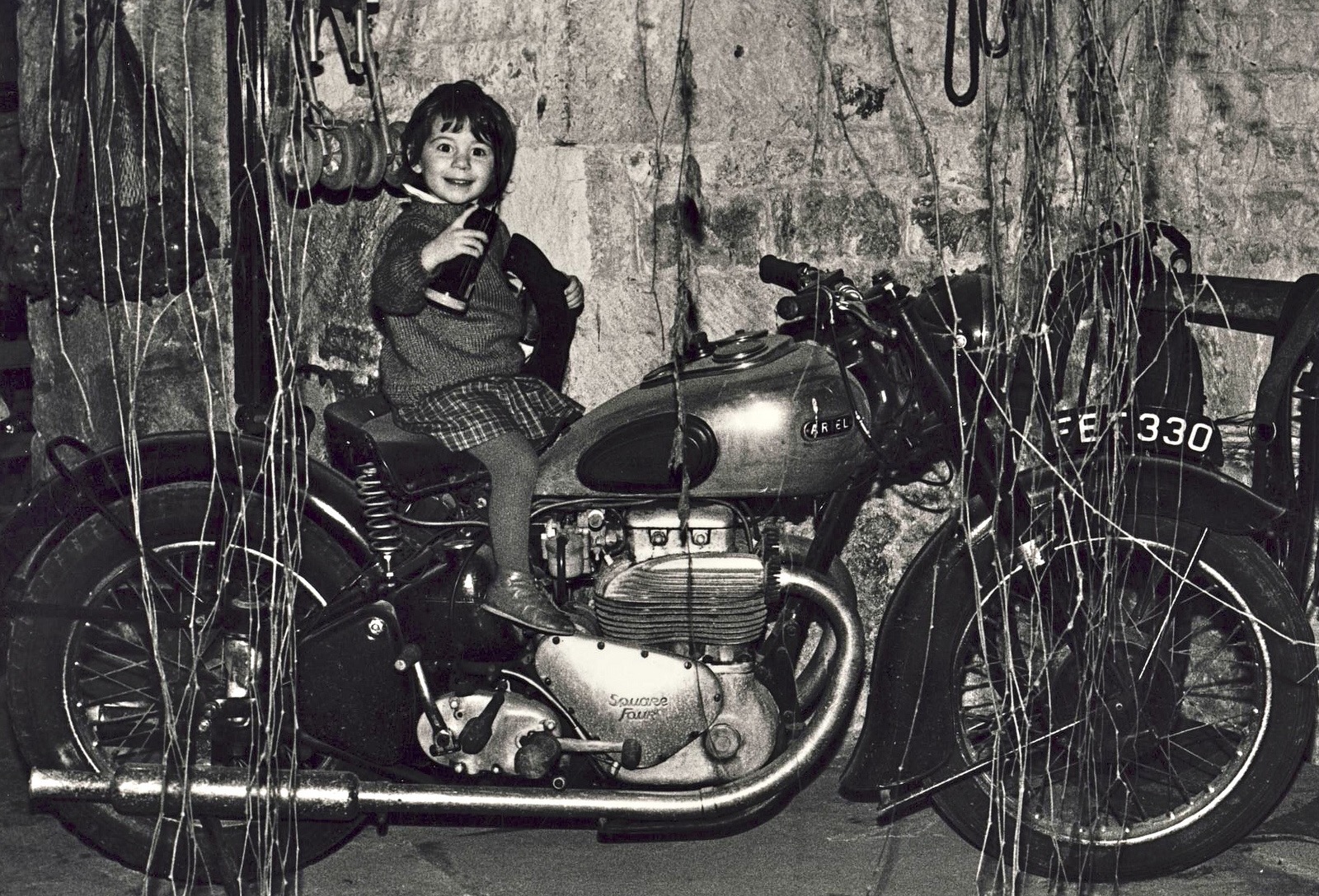