The Fast Road to Knowledge!
http://forum.porsche356registry.org/

by Trevor Gates
Summer has come and gone, no beach day this weekend because it was raining. I spent all my free time this summer cruising in my Caddy, but I have been on the hunt for parts. Scored these "B" drums as well an original gas tank and VDO sender. The cool thing is that I didn't know the date stamp on the tank or sender until I received them in person from the guy who shipped them to me, it turns out they are date stamped 10/57 and 12/57, same year as my car. It was a nice unexpected bonus. I've started to take my Caddy apart and am welding away on that to get it ready for paint. Hopefully done in a month and then more time to tackle the Porsche.

by Justin Rio
Nice find Trevor! Are you still missing most of the parts for this car? Chrome trim etc.
Justin

by Trevor Gates
Depends on your definition of most Justin

I do have the front window frames, but not the back however I may go with plexiglass anyway. I have the one year only 57 ignition switch, and a bunch of other odds and ends that came with the car and some I've been collecting. I do have to buy all new suspension in the front, the whole interior (trying to justify the cost of the repro speedster seats from Zims/Simonsen) and of course the engine and trans. When I get further along with welding I'll probably start putting up some wanted ads for the stuff I can't find from Stoddard or out there on the market as used.

I'm dying to see you do some more work on your Polo motor...

by Jim Karaba
I see Zims seats are priced at 1200 each. Wow that is a lot. I am sure they are nice too, but when I was restoring the last speedster we bought repro seats from Trevor hammer works. His seats cost us 750 a piece and they were very nice. We had them powder coated black before sending them to AutosInternational. I just checked and they have gone up in price to 875.00 each.

by Trevor Gates
Nice Jim! Thanks for the heads up.

by David Gensler
Trevor,
I'm fascinated by this project of the three piece car! and also the rolling cage.

I also bought a set of Trevor's speedster seat shells and was very pleased.

by Greg Bryan
Trevor - would like to see an update on your project . . .

by Trevor Gates
David - Thanks! I'm pretty fascinated by it also. How is your 58? I put the link to your build, just in case others haven't seen it. There is so much useful info in there: http://porsche356registry.org/356talk/4/20706.html

Greg - Congratulations on your new role as moderator. I'm sure Chris welcomes the help, he's been over worked for quite awhile now.

As far as updates, the 356 has been sleeping. I have been cutting my teeth so to speak, by TIG welding on my Caddy. My goal for 2012 was to get the 356 in one piece and build the rotisserie. My goal for 2013 is to finish all the metal work that I am capable of doing.

by Greg Bryan
Trevor is entering his car in the We Can Save Them All contest
Good luck!

by Trevor Gates
Thanks Greg. I'm chipping away at it.

Here are some pics of the engine bay rust I've cut out and a new piece that I fab'd and cleco'd in to get ready for the TIG. 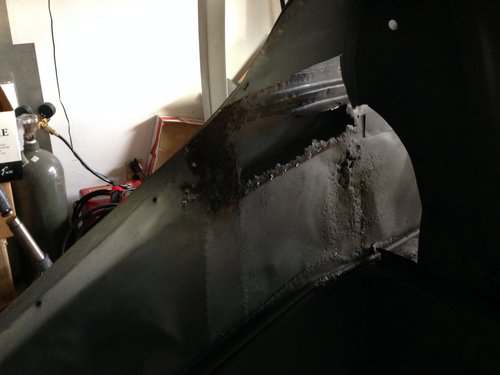 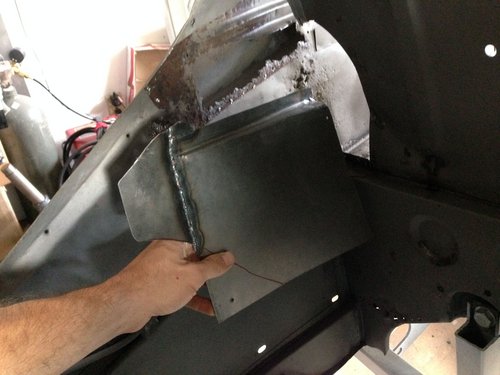 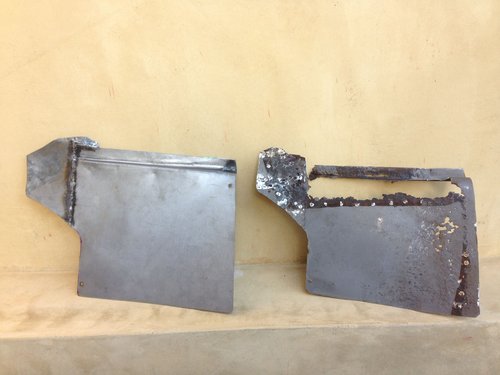 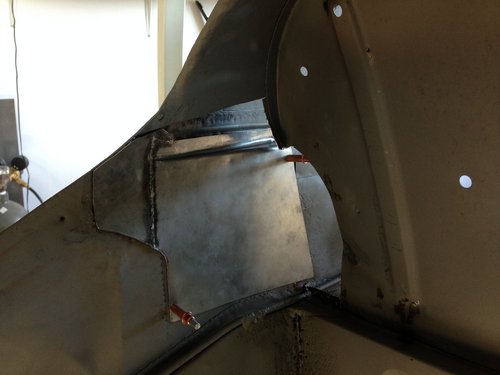 and was equally as surprised to see a pic of my car on the email to all the 356 Registry members. I have to think the members who don't go online often or were not aware of this contest, probably got that email and thought, "what on earth, WOW guys sure are willing to bring back ANYTHING!".

And they'd be right. 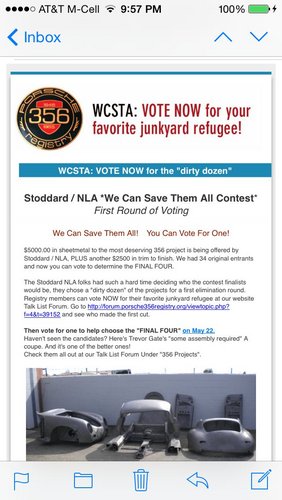 356 Registry email with pic of my car.

Some may be wondering what I've been doing to move this car closer to completion. Well for me that involves a few things. First is spending every Friday afternoon at Jack Staggs' shop learning all I can about 356's. Second is collecting 356 parts (more on that below) and third is becoming proficient at TIG welding. As such I tested out my welding skills on my 67 Caddy that I stripped down to bare metal in my driveway and began installing patch panels, the biggest of which was 39.5 inches in length, quite a big patch for me. Attached are some pics. I'm glad to say that the car is now at the paint shop and I'm finally back on the 356. 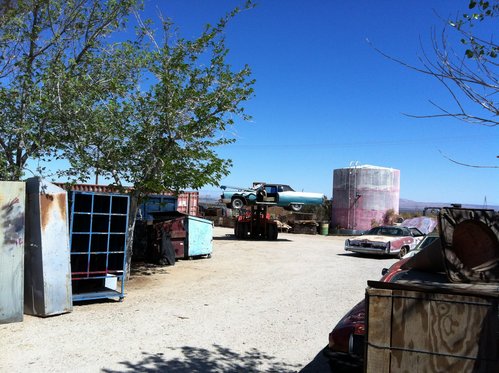 Donor car being brought out on a forklift from the Cadillac King junkyard in Llano, CA. 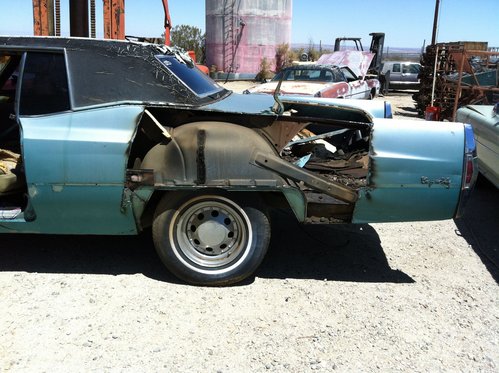 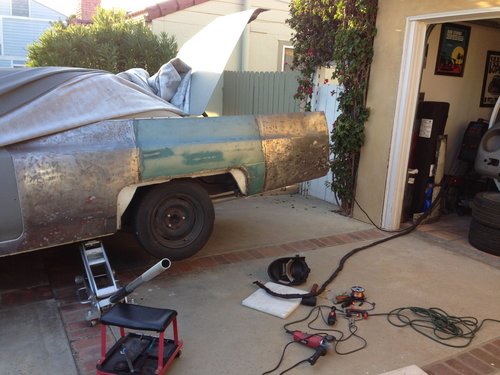 In addition to the "practice welding" on the Caddy, I've been collecting parts. Two of the parts I consider myself most lucky to have found are the A Coupe T1 in-dash ashtray and knob. 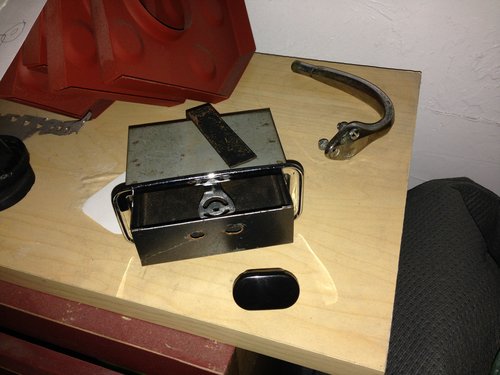 by Craig Richter
3-piece 356 motors I've heard of; 3-piece 356s not so much. Please join me in voting for this worthy project being taken on by an outstanding young man. Ignore the fact that Trevor is one of my buddies, and that I would lie and cheat to help him out. He's the real deal, and this project WILL get finished; just much faster with a bunch of expensive parts in his stash. Thanks for looking...

PS: This message is also approved by Jack Staggs.

by Eric Meyer
We have a winner! Congrats!