The very early cars did not have the name PORSCHE on the belt- they were only marked as Continental with the belt size. Probably a cost savings to the small startup company. Photo below. Belt size for 2-piece engines is 13 x 850. 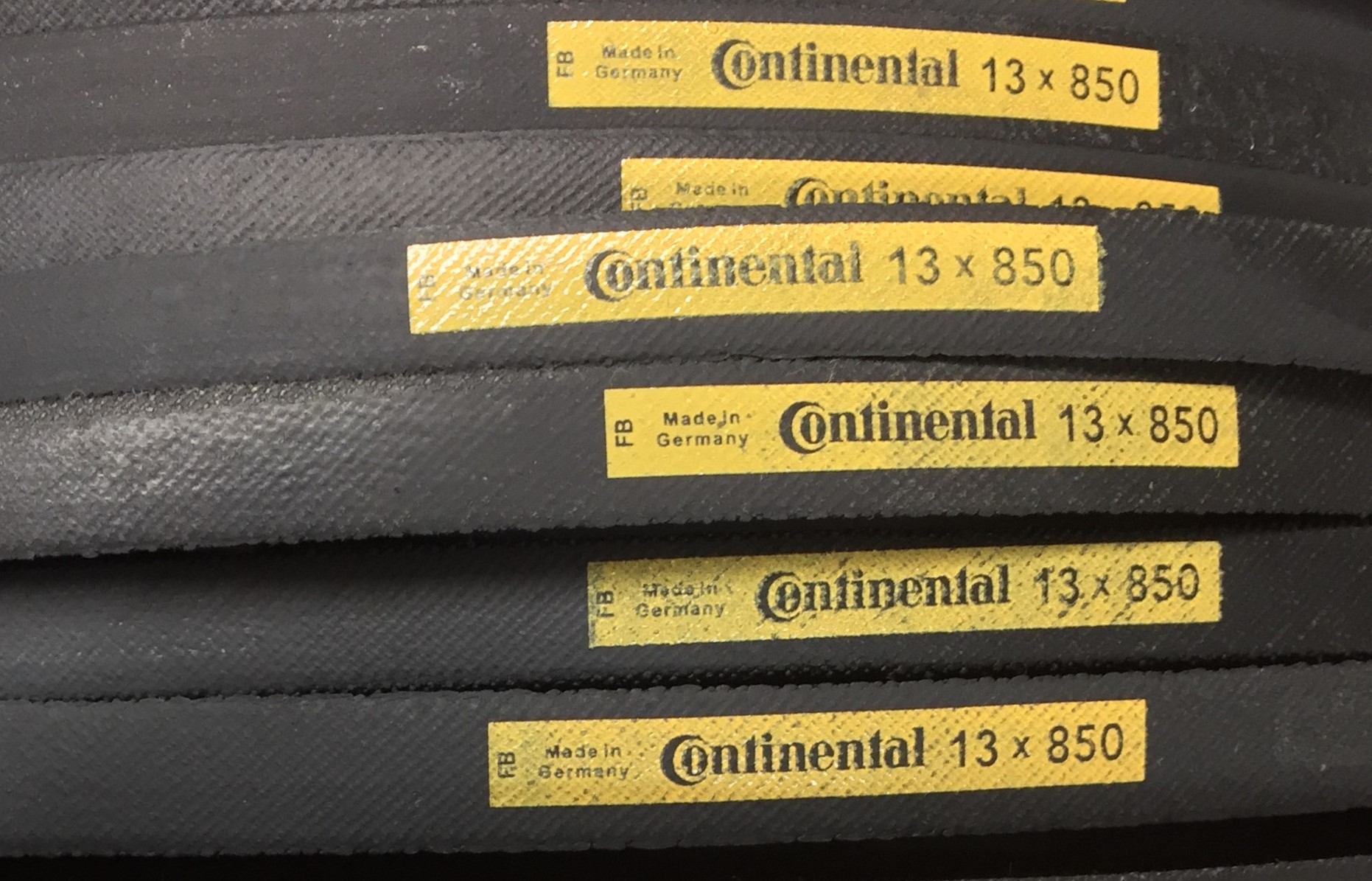 Later, at a date unknown, the name PORSCHE was added to the belt for the Pre-A. The color background also changed to a brownish color. Artwork for this type belt is also developed, so the customer can choose which design he prefers on his 2-piece engine Pre-A. Again, 13 x 850 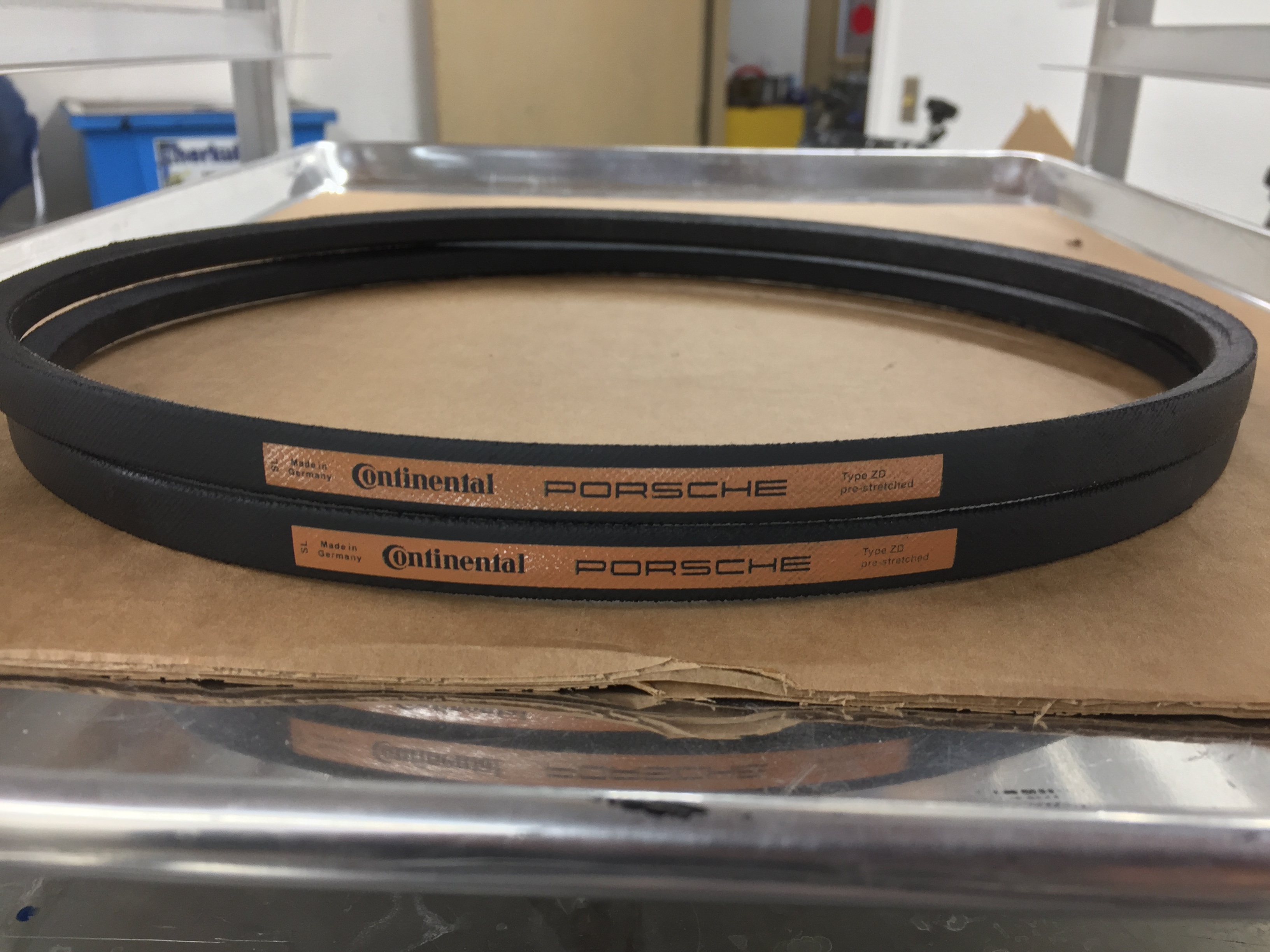 Note that the belts I supply are correct size and smooth, not cogged. Original belts were smooth, whereas most of the current supply houses have been selling cogged belts for these early cars.

These are all made from new belts, and good for tool kit or on the engine.
Paul Hatfield
"Miss April"
http://www.enginesinback.com
Top