Here are some pics. Now i could have sworn this says P-34820, but with the info chuck provided it could well be P34020. The previous owner went silly with his polisher regretfully. For the 'split' stamping 34820 would be very late indeed. The running number is 7712 and that would indicate it is earlier than the engine Andy posted. The heads are stamped 4 34, which i think would be week 34 of 1954?

I was able to trace down engine 34820 to be original to a speedster with VIN 8052x sold new to Los Angeles, CA.... a car likely no longer amongst us as is does not show in any database. 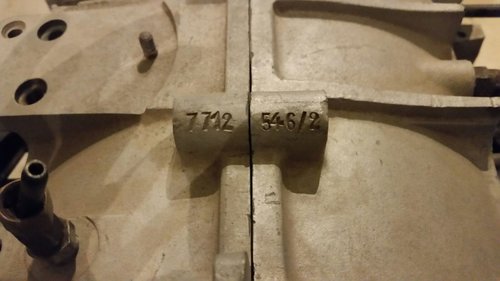 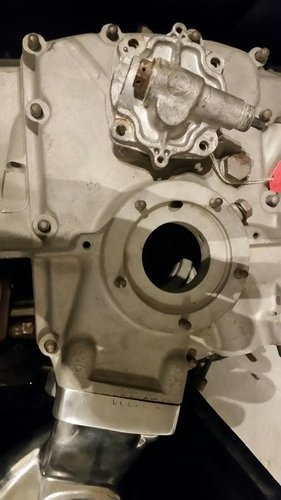 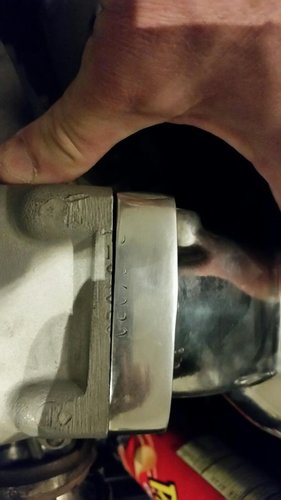 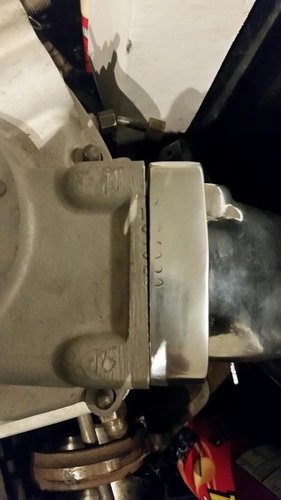 I believe your engine is 34020 as it has the grinding marks on the 3rd piece which was done by the factory before the stamping. I believe this was done only on approx 100 or so, give or take, 3 piece engines (Normal and Super). Engine 34020 would have the grinding marks while 34820 would be way past that characteristic and would likely have the revised 3rd piece with enough room for the entire number.
Chuck House
Southern California
Top

Andy Stephenson wrote:... Secondly, I personally have not seen another case matching number below the usual stamping "table"...

34002 does not have the "table" on the third piece. Since your engine was in the first run of the revised 3rd piece where Porsche provided space for the stamps, I would assume the engine assembler just stamped the matching number where he had previously. See photo. 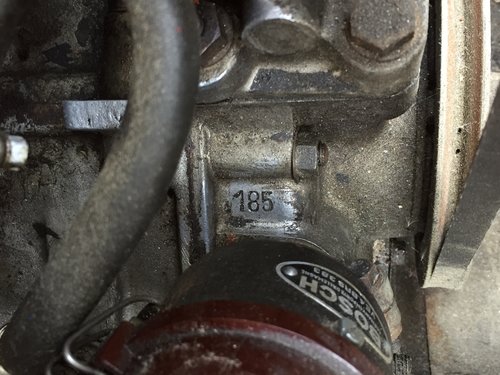 Several months ago, I rebuilt #34561 3rd piece and it had only the pump cover, a separable oil pump housing w/o the gears and the drive shaft. The 25mm gears weren't available and I had to modify a pair of 26mm gears to fit the 25mm depths and set the proper endplay after the bushing/spacer was replaced between the spiral tach drive and oil pump gears.

However, the required 10mm longer drive shaft wasn't available anywhere, so I had an extension welded to a common drive shaft (made to suit w/its tang end), heat treated, and refinished the shaft's diameter on my tool grinder--all this to reach the slot in the camshaft face. The work wasn't cheap!!!
Top
Post Reply
22 posts