For those who couldn't care less how their 356 left the factory!
Forum rules
Post Reply
71 posts
Message
Author

I found this car locally that needed floors and a total restoration. It came with a very rusty 912 that I parted out and kept the engine, transaxle & rear suspension. After replacing the floors, rebuilding the engine and brakes I found the transaxle needed rebuilding also. With the parts from the 912 I decided to make the plunge and build an Outlaw. After driving and enjoying the car with the 5 speed & 900 rear suspension I decided to take it off the road October last year to finish what I had started 15 yrs ago. Mods include the early 900 rear suspension 901/5 speed, 2.7ltr type IV f.i., crankfire, drysump. Rear fenders were split to accomodate Coddington 7" alloys. After getting the car back from paint mid July, the front and rear suspension is in and the front of the car is finished except for the bumper. Moving back to the wiring under dash now. 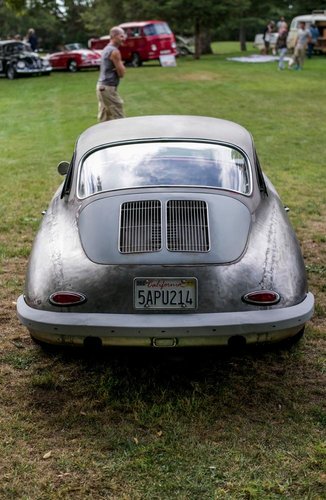 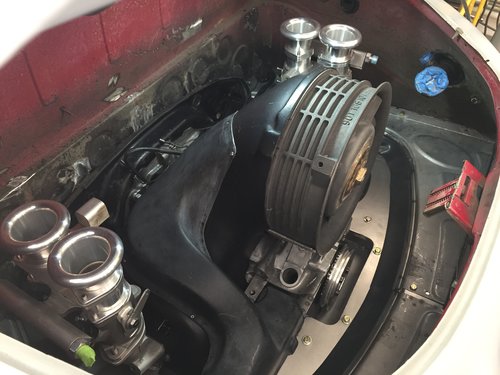 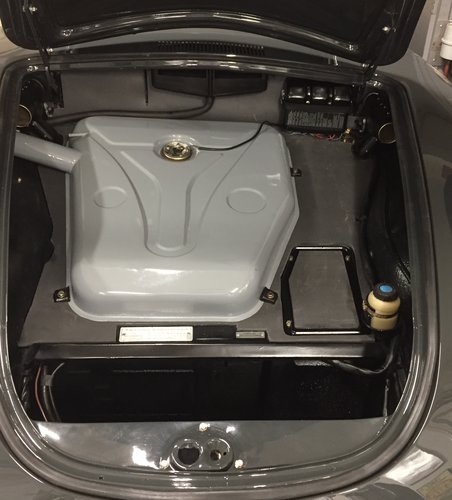 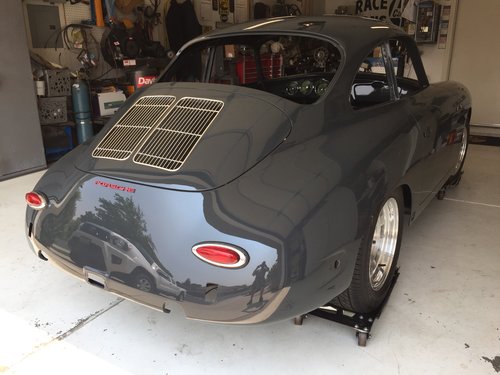 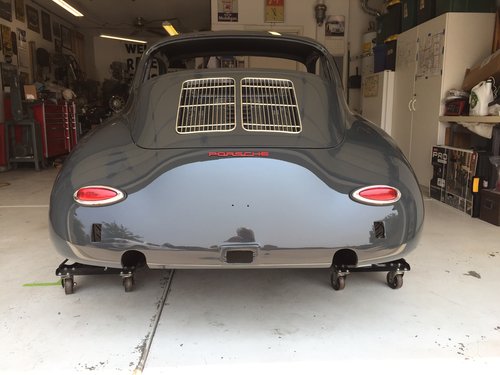 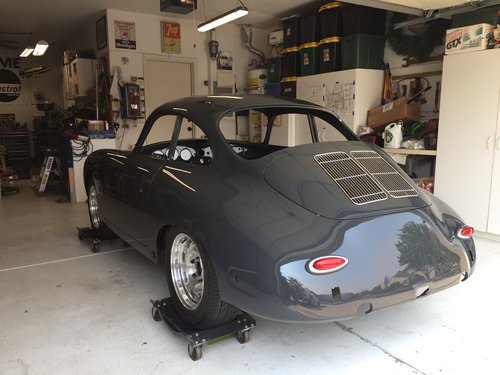 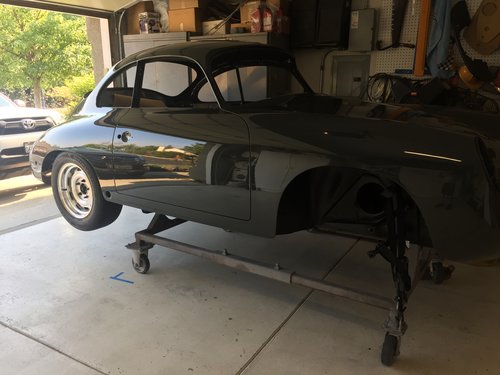 On the dolly from paint.

Martin thanks. No to your question, I picked up a rear bumper at a swap meet & cut it just ouside of the mounts and welded sections back in. It about 3 1/2 to 4" wider than a stock rear bumper, and now has GT trim. Mike
Top

Kudos Mike.
Huge number of great mods. Way beyond what most of us could do. Keep it up. Looking terrific.
Rich
Top

Mike,
It’s terrific! But now you will be protective. Great work. I hope to see it soon ( when I get back in town)
Bill
Top

Outlaw with similar rear fender mods just sold on BAT: https://bringatrailer.com/listing/1963-porsche-356b-18/ Stock transmission though. Is your car an early C? I noticed the front closing panel is flat like the early C's I just noticed that the head says 64C so must be an early one.
1965 356C There is never enough time to do it right, but always enough time to do it over.
Top

Update on the build. Underdash wiring is in, headliner & glass is in, working on the interior and trim. Starting to look like a car again! 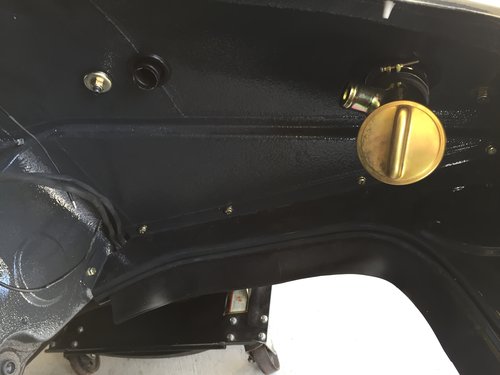 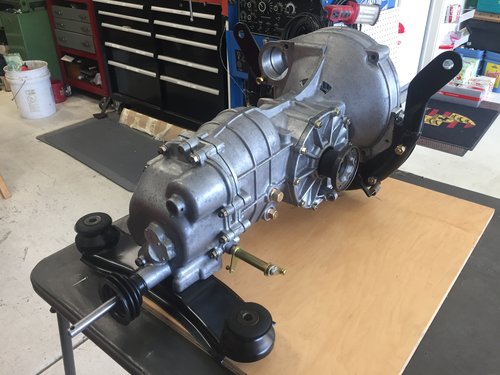 Prepping the transaxle for the install 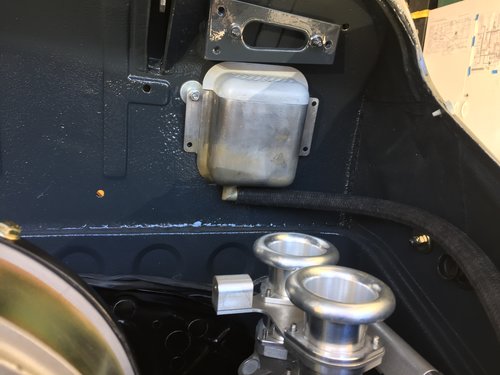 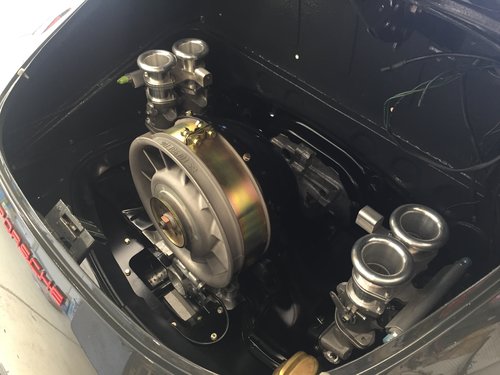 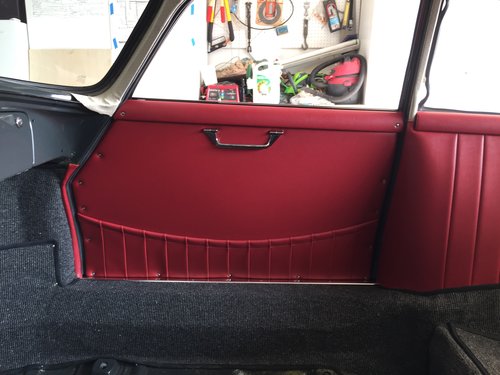 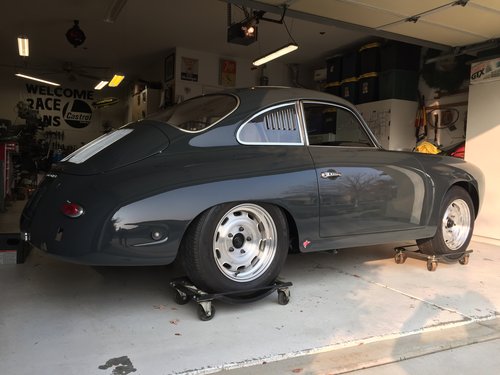 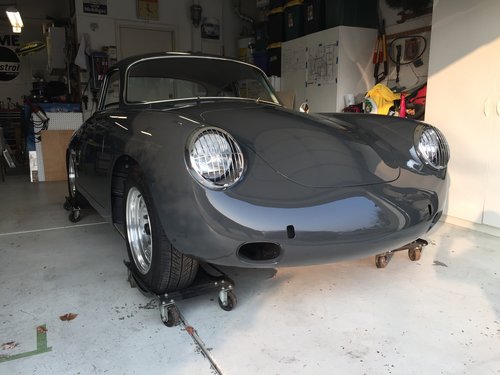 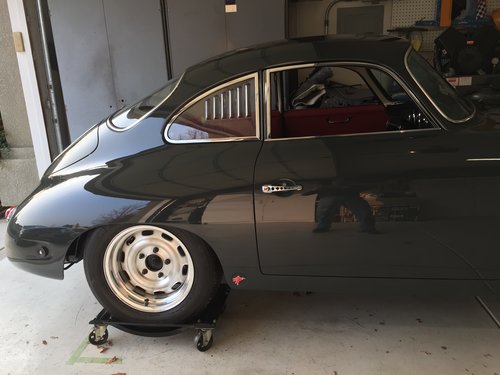 Brakes are finished, I upgraded to an early 911/912 dual circuit master cylinder. Brembo calipers in front with vented 911 rotors turned to 356 rotor diameter. The rear calipers were widened 10mm (with spacers) and early 944 vented rotors in the rear turned to early 911/912 rotor diameter. The upholstery is getting closer, doors are finished and the dash is in. Just waiting on the seats to finish up the interior. Fuel injection wiring is next, then on to the engine build. 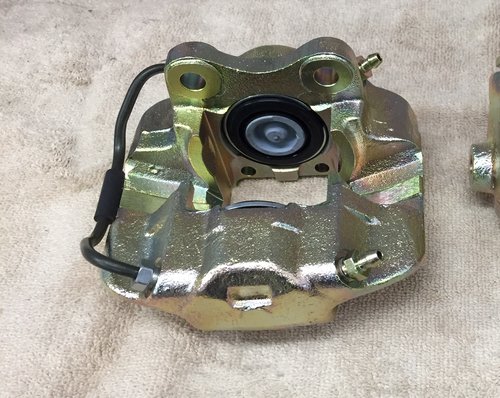 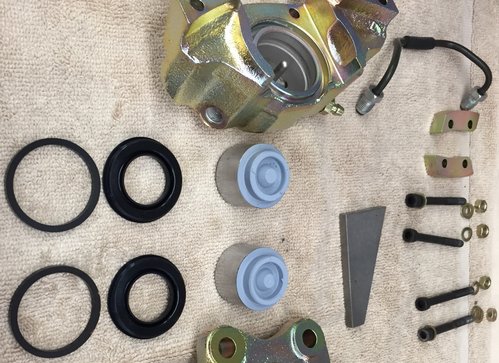 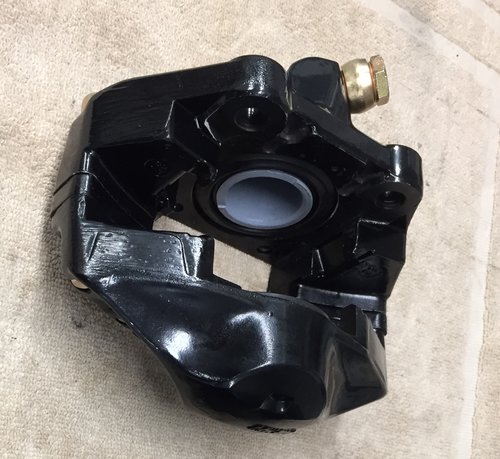 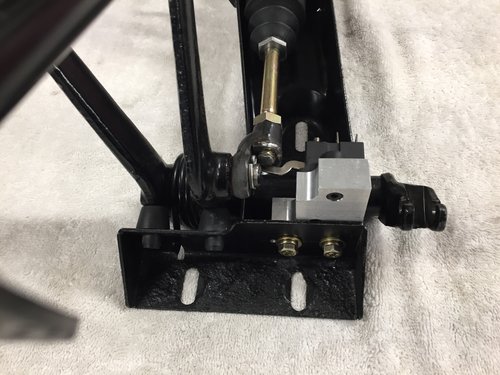 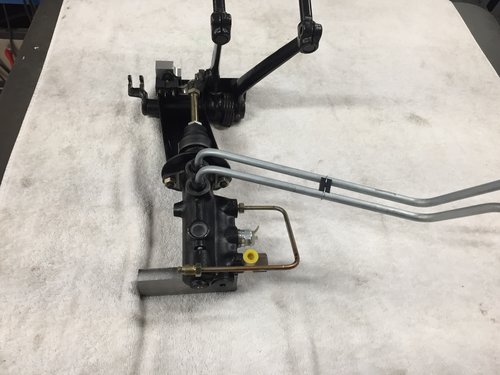 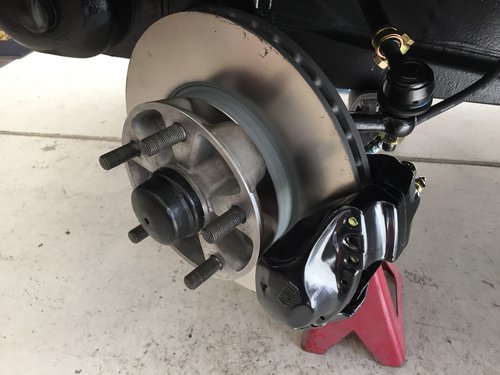 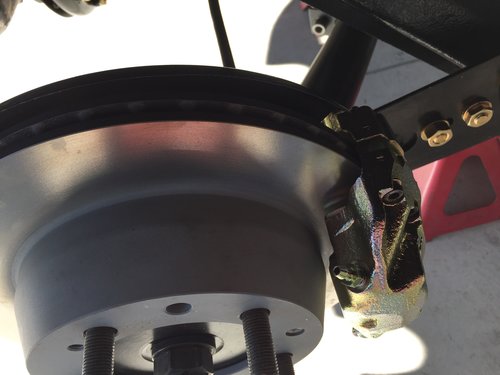 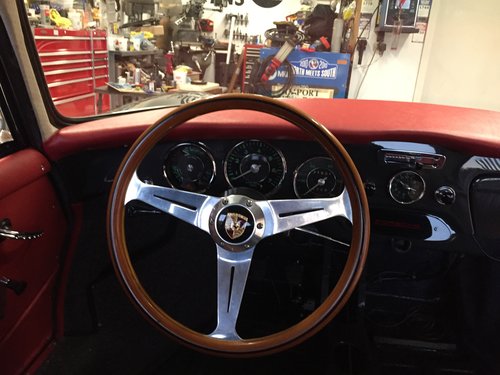 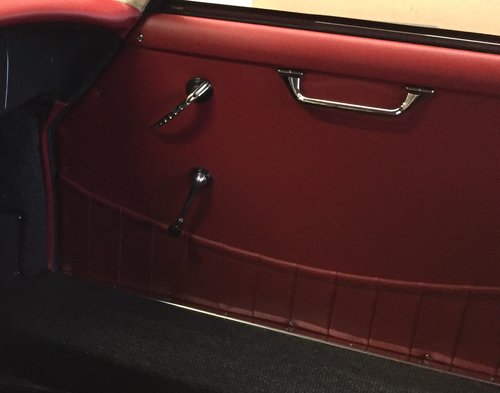 Along with the rest of the mods I like the brake light switch.

Norm: Thanks for the compliments. I had a 66 912 that always needed the hydraulic brake light swich replaced. A new one would last a month or so, (clean brake fluid bled them several times) I got tired of changing them and not having brake lights, and put a mechanical switch on the pedal cluster. That ended all my problems. I've not had the problem on the 356, but the pedal cluster was out staring me in the face so I decided to put a mechanical switch on it also. Mike
Top

Very nice build!
Can you say more about the engine? I am just starting a Type 4 build for my 912. I also ordered a Sharpbuilt fan shroud.
Thanks
Mark
Top

Mark: The engine build started about 10 years ago. At the time a friend & I bought identical parts for our engines. Some of the parts came from Raby ( heads LE 200 and cam) & FAT for the crank, rods, & pistons & cylinders. The engines are 2680cc 82mm stroke x102mm bore. The fuel injection is TWM 44mm throttle bodies with Haltec engine management. It's crank fire, sequential injection and dry sumped. The first engine dyno'd @ 170hp to the rear tires with 185ft/ lbs of torque and has been running for about 4 years now. It's in a 63 coupe with the 5/speed conversion. The stock gearing was too low, and we changed all 5 of the gears to higher ratios. The fuel injection has been the biggest struggle with a steep learning curve. At least with mine I can load the map my friends car has and tweek it from there if necessary. Mike
Top
Post Reply
71 posts