Would I be correct in assuming that the magnet attached to the oil sump plate is meant to be seated flush at the bottom?

As you can see in the attached image, ours has a gap on two sides. I'm going to guess it's not meant to be that way. Someone probably bottomed out on the rivet found on the outside, and distorted it. Can anyone confirm? 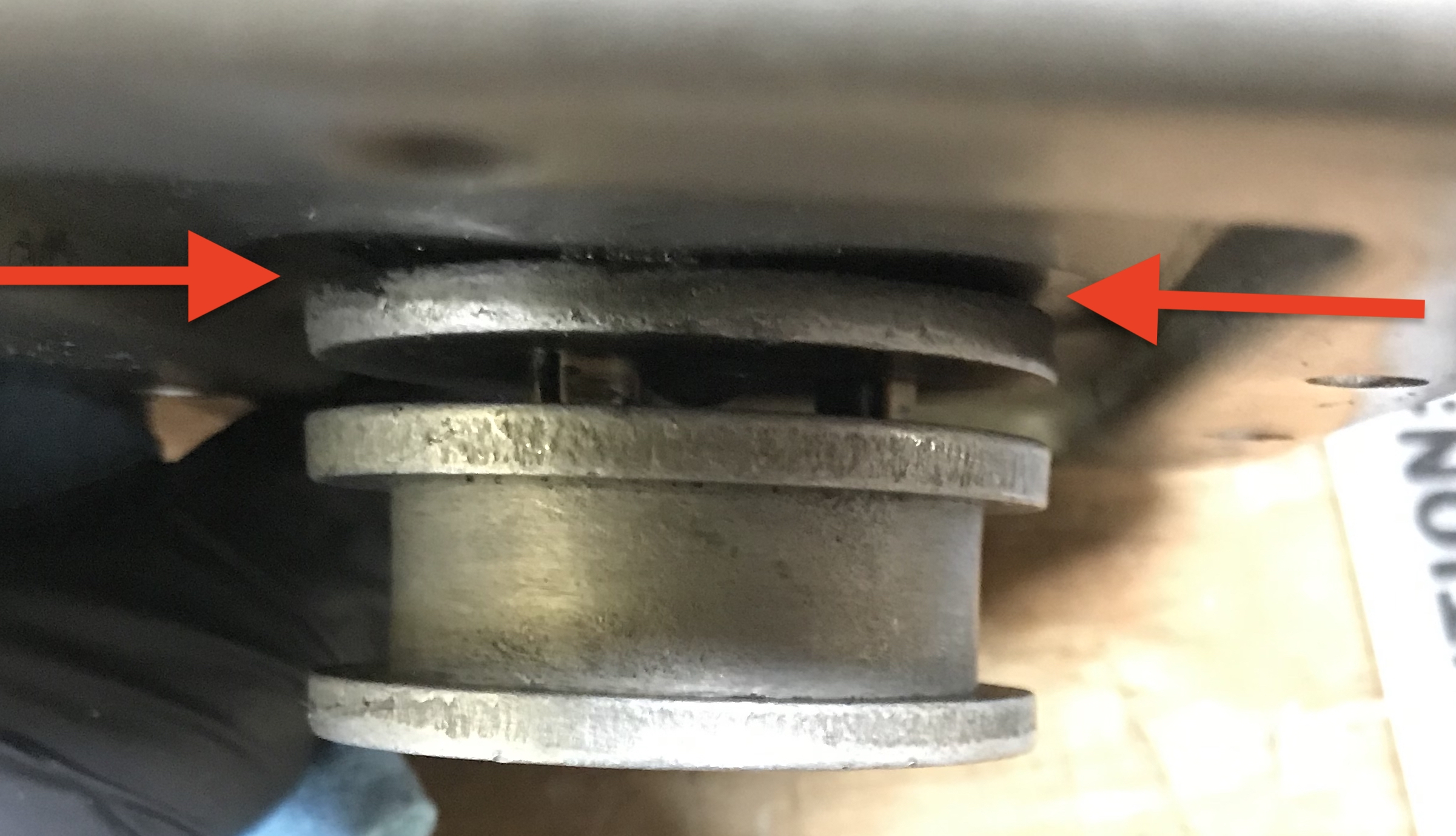 Bonus questions: How do you remove any tiny metallic bits that might be stuck down inside the magnet out? I tried sticking a smaller magnet inside, but it's hard to tell if I got everything.
1960 356 S90 Sunroof Coupe
2014 Carrera S
Top

Yes, that sump plate looks like it has been "bonked". Perhaps it got bonked by a jack. Magnetic forces can't compete with electrostatic forces. Use masking tape wrapped (inside out) around various sticks and poke at it so as to embed the offending dirt in the tape's sticky surface.
Top

Yours will (if it doesn't already) leak around the rivet, and the dimpling around the stud holes says it'll leak around the edges.
That was not one of the factory's better design efforts; they were designed when engines were sort of expected to leak oil, and they did their part. I'm surprised the 25,000 mile service didn't recommend replacement.
There are up-graded replacements available from Pre Mat and other suppliers; dunno if Ab's 'stock-looking' part is still available. Anybody?
Ron LaDow
www.precisionmatters.biz
Top

How about a different perspective? Purchase a new sump plate. Install it with a single gasket and use 12 ft.lbs to tighten the nuts. When changing the oil use the drain plug. The drain plug is tapered (like pipe threads) so it does not need to be tight. If your engine is wearing out and the metal parts are caught on the screen IMMEDIATELY OVERHAUL THE ENGINE! If the metal parts car caught on the magnet
IMMEDIATELY OVERHAUL THE ENGINE! If the oil shows metal reflecting material usually of a gold color IMMEDIATELY OVERHAUL THE ENGINE. IS THERE ANY NEED FOR THE FACTORY OIL FILTER? NO!!! In previous posts, discussion has concluded that the orifice for the flow of oil to the filter flows less than 4% of the oil flowing through the engine. IF YOU HAVE A FULL FLOW FILTER SYSTEM IT IS ESSENTIAL TO CUT THE FILTER OPEN AND EXAMINE THE PAPER FILTER MATERIAL at every oil change. al zim
Top

Thanks for pointing that out. I'll attempt to address the stud holes too. I found a registry post from 2010 on Solving Sump Plate Oil Leaks. Including suggestions from you Ron.

I'm sure it would be easier to just buy a new reproduction plate, but I feel some irrational obligation to reuse as many original to the car parts as reasonably possible. I may come to regret it at some point.

Now off to the interwebs to learn how to install solid shank rivets for the magnet!