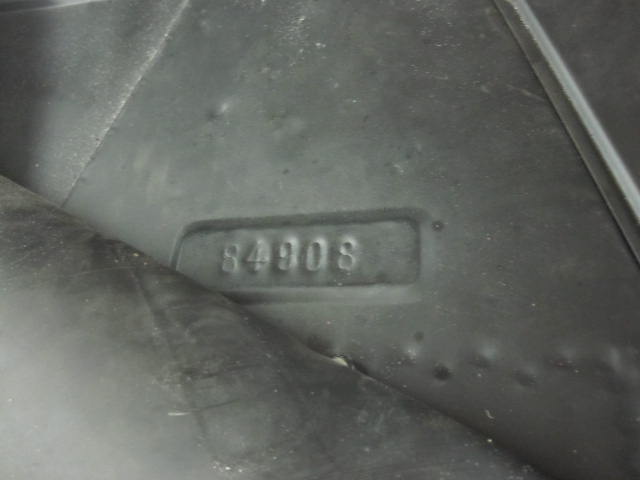 Tom,
As some of these cars become insanely valuable there seems to be some folks that want to cash in by creating "fake" cars. Witness the story I posted a week ago or so regarding 550A-0126. While I don't know for sure if that car was created from scratch, I suspect a lot of it was, if not all. I am sure that in many cases these "forgeries" are not detected, but in some cases we old time enthusiasts say wait a minute I know something about a car that is being offered for sale that is contrary to the story being told about the car. We are entering an area on some of these cars that sounds more like the world of fine art and less like car enthusiasts. It is kind of sad really.
Top

I am now trying to find the original id number for a 70 911t I bought that was a theft recovery in the early 70s and Porsche here is MOST uncooperative! I (with the help of David Pateman) have eliminated all possibilities to five numbers and Porsche will not give me ANY information. Too bad, this original car I have needs its history back.

Tom do the numbers on the front clip look like they could have been altered at any time?

We have a roadster up at our body shop that Kirk is restoring and it has had the numbers changed, OBVIOUSLY, long ago and the owner has been trying to determine from the numbers on the doors and hinges what the original car's number was, but has had no luck as well.

So the conclusion as so well stated previously, is that these cars have become so valuable, people will go to great lengths legitimately or illegitimately, to fool with the numbers, and I do not blame Porsche for clamping down. Too bad for all of us.
George Hussey
Top

Does the front clip 84908 which is on 83401 have rolled arches and lower valance?
If so it was from a GT which confirms it's authenticity.
Since it is clipped forward of the fuel tank the aluminum # plate would or could have been left intact on it's remains.
This could have legitimately created two cars bearing the same # without intent to deceive.
If this "trickery" took place 30 - 50 years ago it wouldn't come as a surprise.
Some states licensed by engine # plus no one gave a hoot about matching #'s so did it matter?

George Aluminum fenders? I think not!

A few things to consider :
1. The front chassis clip was braised onto 83401 over 50 years ago. (nobody cared)
2. It appears that the sheet metal nose & fenders on 83401 are original (no wire on the lower valence)
3. Nobody would cut the nose off a car to use unless the rear was junk (crash, fire)
4. How could the engine have survived if the rear suffered such destruction?
5. Hood, doors, engine lid on 83401 are all steel
6. Engine in 83401 is not original to the car
7. 83401 is a T1 with a T2 nose
8. 84908 is a converted T1 car with a T2 nose (per Fica Frio inspector)
Now consider, what is to be done with these cars now? If you had them in the same room would you cut the nose off 83401 and put it onto 84908? What would you do with the nose taken off 84908? Put it on 83401? You couldn't do that because they would still share the same vin. When it was all done what would you have? How does that swap establish any value to either car? Lots of questions but no answers.
KTFhttp://forum.porsche356registry.org/download/file.php?mode=view&id=69462http://forum.porsche356registry.org/download/file.php?mode=view&id=69461http://forum.porsche356registry.org/download/file.php?mode=view&id=69460 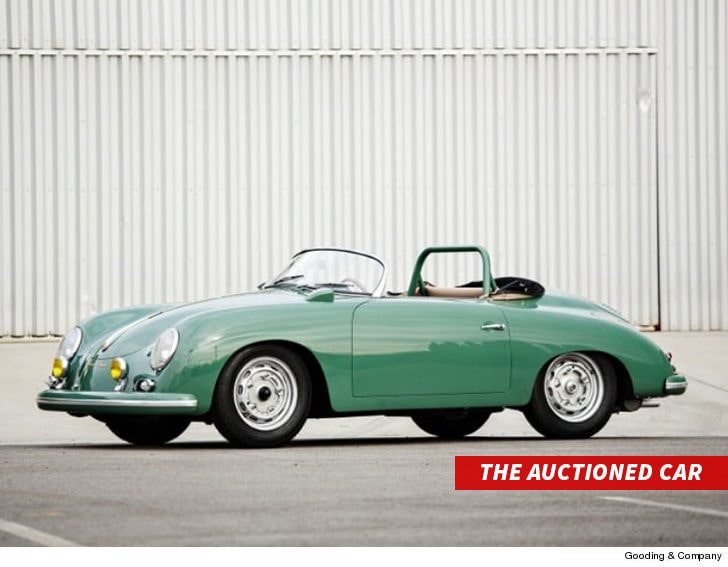 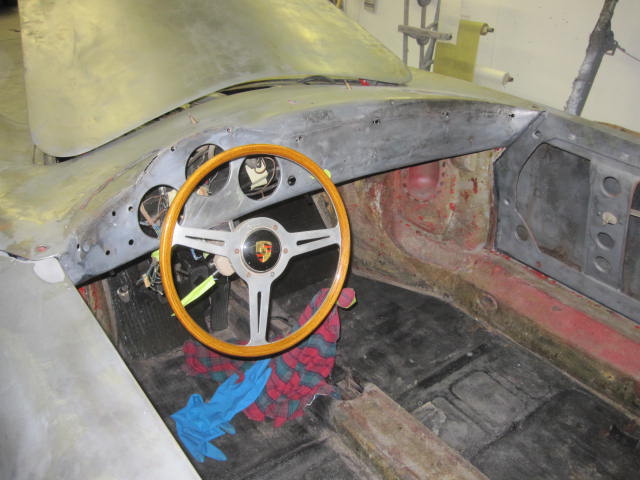 4. How could the engine have survived if the rear suffered such destruction?


Tom, I have questions marks around the engine. The car today is set-up with front coolers while the car originally had a roller engine. Could be a later refit but strange none the less. Given the tempering which has happened to this car a re-stamped engine or stamped blank case would certainly not be a surprise
'56 Coupe
'57 Coupe
'59 Cab
'60 Coupe
Top 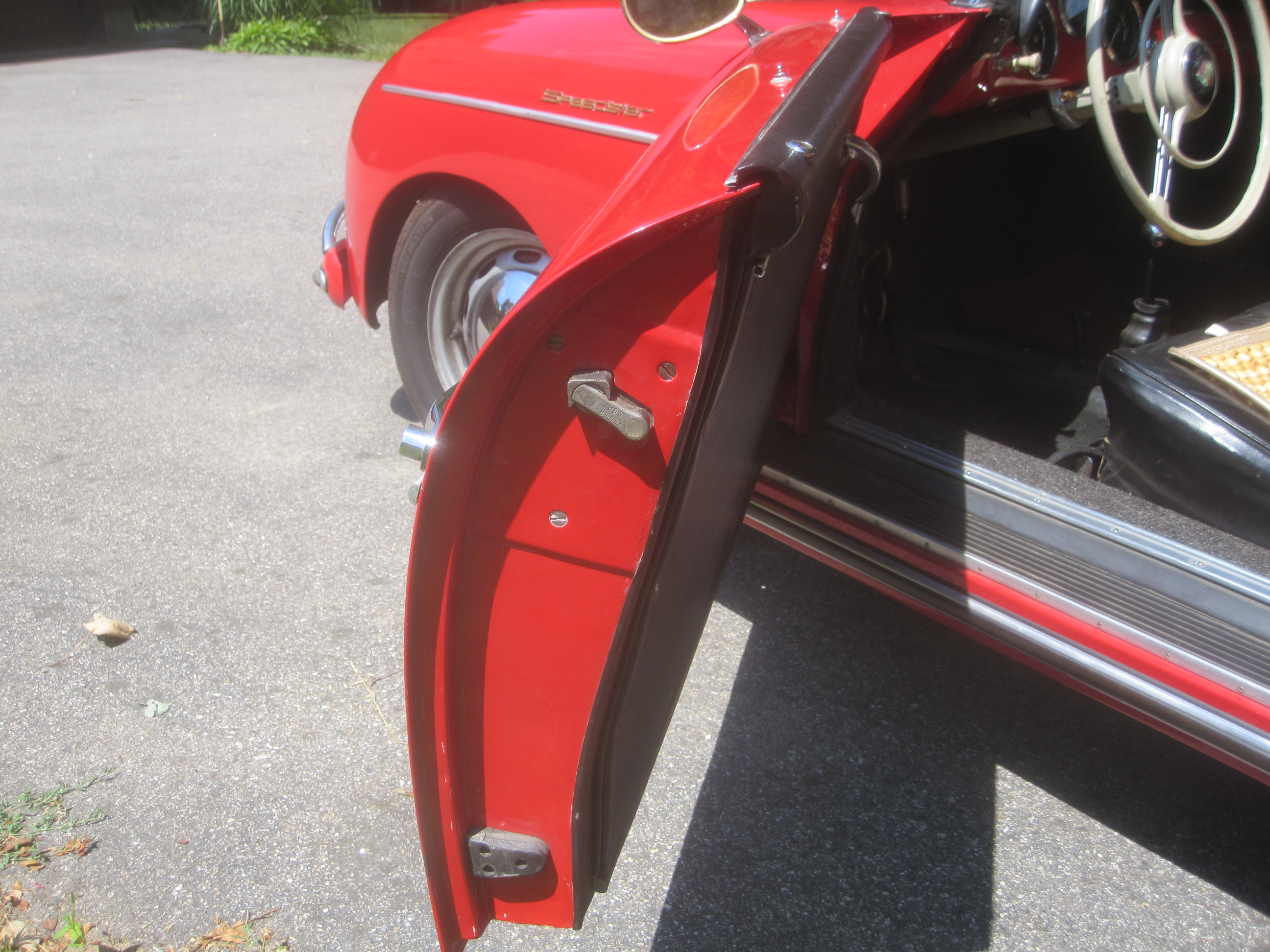 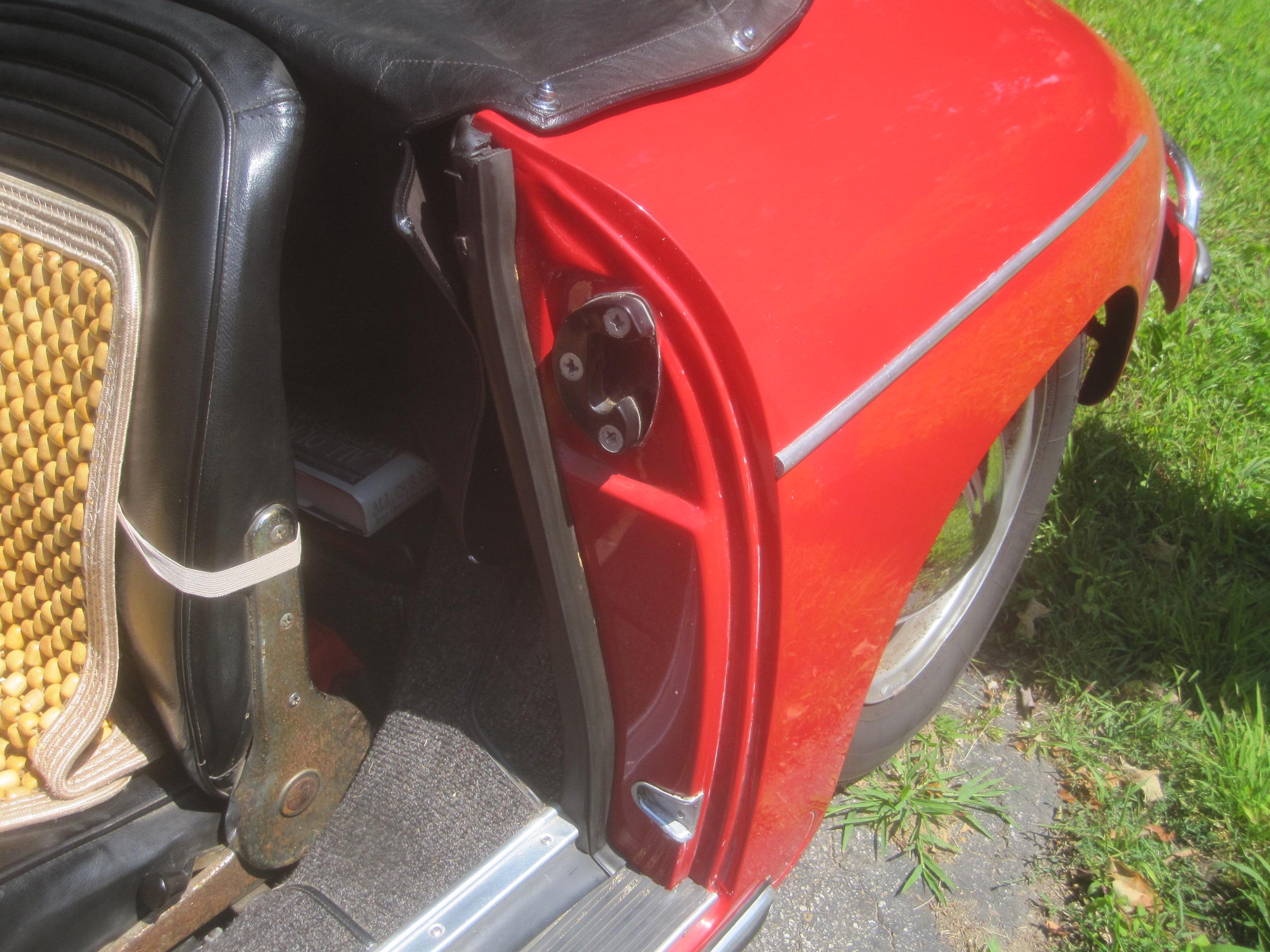 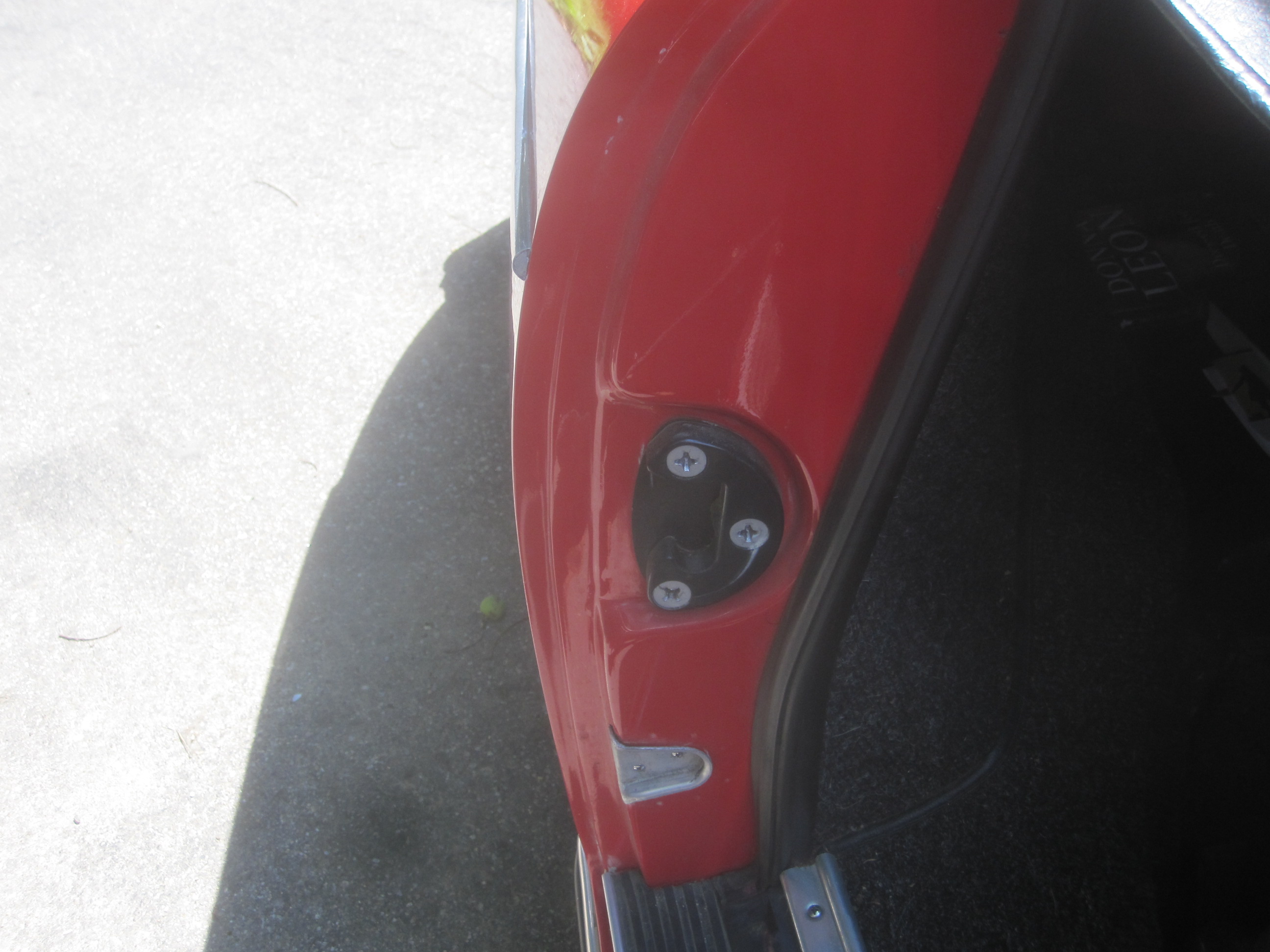 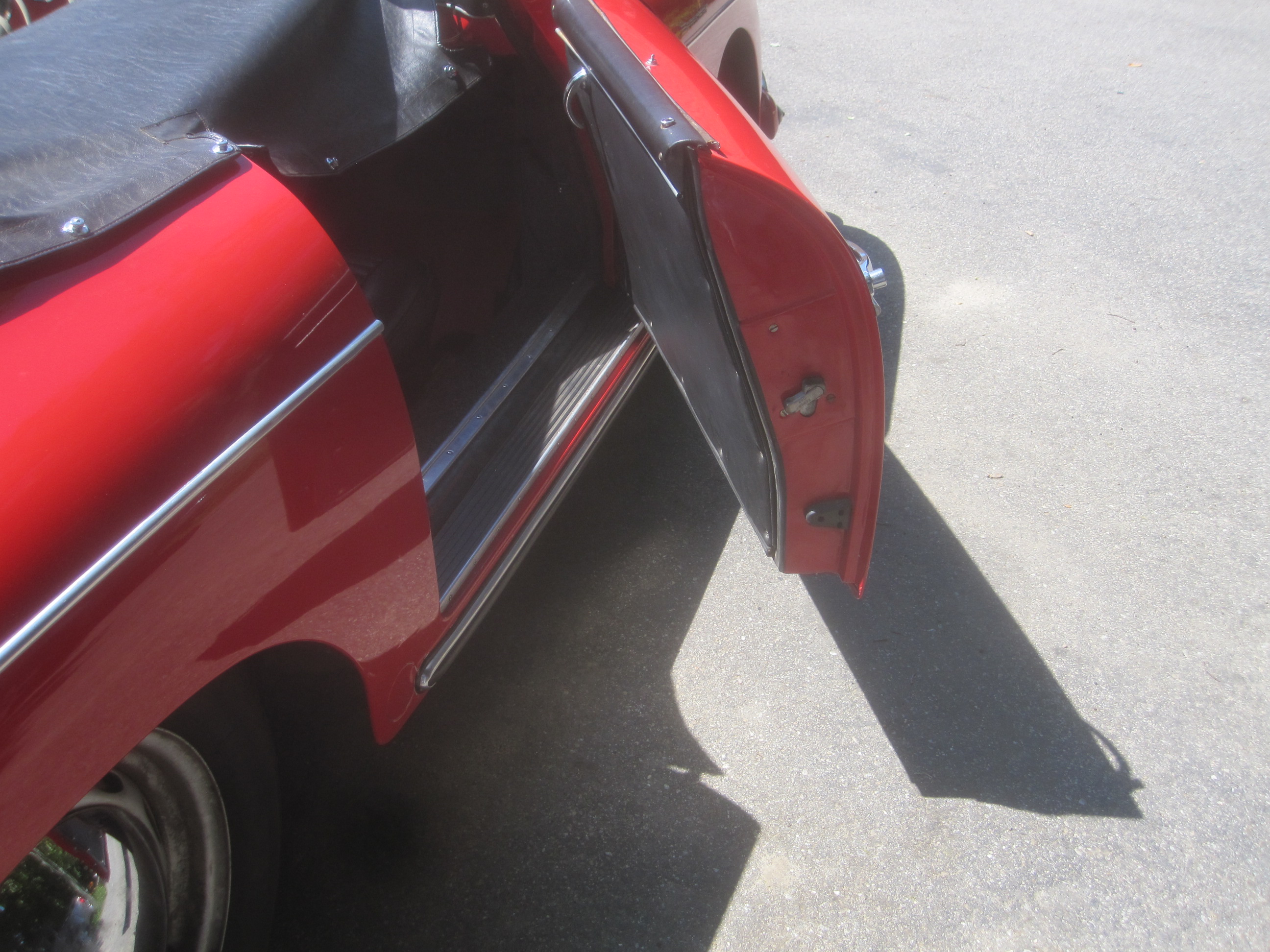 I once owned a speedster with a t5 nose clipped on, and a carrera steering wheel. I still have the steering wheel (thanks bruce crawford for restoring it) sold the car, back then, thinking that it was worth nothing.
George Hussey
Top

According to my listings, 83401 was never a Carrera Speedster.

According to my listings, 83401 was never a Carrera Speedster.

Dick, your information is correct
Top

Hi Joris
Do you know when (chassis nos) the first oil-coolers were installed on production cars did GT cars get them that had roller engines even if they did not need them since the production line was installing them for PB cranks engines or if like 84908 to be used as a race car?
j
Top
Post Reply
18 posts