Helping out my 89 year old friend (who has severe arthritis in his hands) with his beautiful coupe that he has owned for many years. Car has not been on the road for a little over a year or so.

Did the ignition tune with points set at .016, static time @ 5 degrees.

Add little gas to carbs and crank..... That is when I see # 2 spark plug wire move while cranking and lots of hissing. Remove wire, test with finger to make sure it is loose in the head. Tighten gently only to have it twist out.

Thanks for the help here. 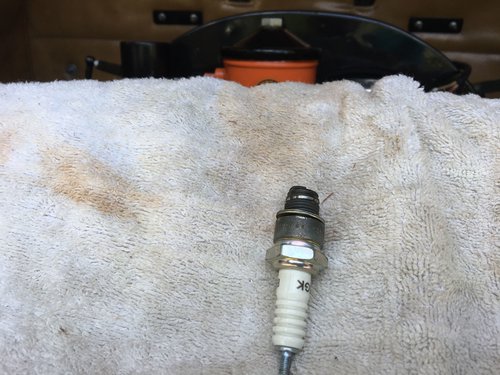 I have a tool to fix that. It is like an expandable reamer. You insert it in the hole then tighten the end and it will find the good threads and then as you unscrew it it cleans up the head. I did Fred's S90 a few months back after the cross threaded #4. Took 10 Minutes 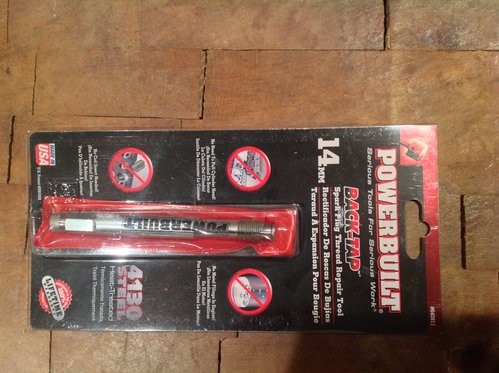 Will this tool work if there is a coil in the thread?

All 356 heads were heli-coiled. Except some early ones that had a screwed in steel insert.
Top

Dan
yours looks like it might have a thread chunk missing but it should work. It will clean up the hole and maybe pass oner the bad thread. All the threads will have been rolled by the thread in the plug. The tool will start below it and clean up the pitch. The NAPA store may have one. The come in 10, 12, 14mm. Works from the bottom of the hole out.

Vic
I have only used it 4-5 times, mostly for cross threaded plugs. It is like an expandable reamer, you insert it through the plug hole into the bottom of the threads. Then you tighten the the thought bolt and it expands the tap. Then unscrew the tap from the head, it will straighten a rolled over or groved thread. It is more of a thread chase. It works and I have not had to heilcoil a head yet.
John Brooks

Thanks for helping out.

John, I'm glad to see the pic I took of my tool is getting some use

When I had that problem, you may have been the one that steered me toward the back-tap. It worked great for me and of course the issue was with cylinder #1. I made the first pass with slight expansion and increased it for a total of 3 times. Worked like a charm and kept any filings out of the cylinder.
Top

This is good news. If we can get this car back on the road in the next few days, it will mean the world to the owner.

Catching up on a few older threads, no pun intended. If the '53 has it's original engine the heads will have the screwed in steel insert that Vic mentions. If so the back-tap would probably work better than it would in a heli-coiled head.
Top

A big shout out to John Brooks who took the time to travel from Whidbey Island via Ferry to the car's location.

The thread dresser worked perfectly. Once the tool was inserted, it was expanded by 30 or 40 % and then backed out and the process repeated with ever larger % of expansion till the 14mm size. The new plug fit as if there were never any issues. Beautiful!

He was able to get the car started to our delight but #3 & 4 were not firing due to carb issues. The next task is to clean and instal new rebuild kits, adjust, and then get that car on the road asap.

Thanks again to John Brooks for his desire to help out and his unselfish dedication to all things 356. 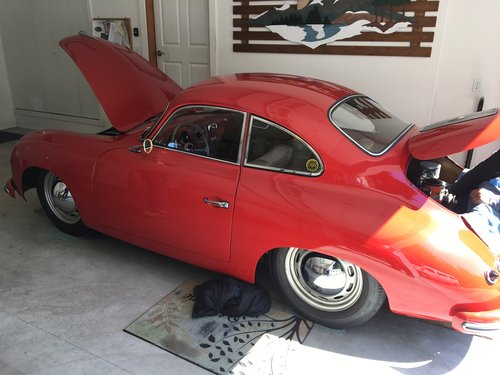 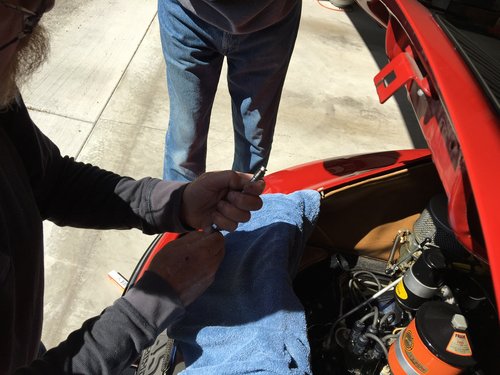 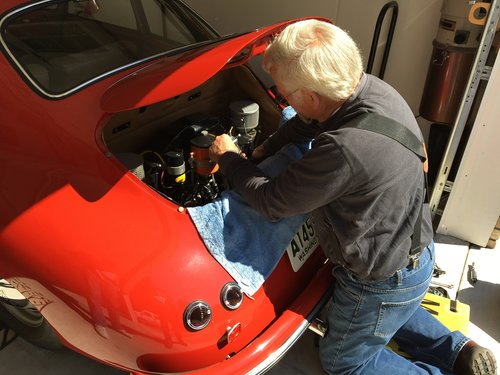 Hey a big shout out to both John, and you too Dan ! It's great of ya'll to help out Gene...he is such an outstanding person,

and I know he really appreciates it...sure will be nice to see him in his wonderful car cruising down the road together again...as it should be !!!

It's never too late to have a happy childhood
Top

That is a great story . The original post certainly scared me with thoughts of stripped threads in cylinder heads . Well done John Brooks !
Top

Good to see it back on the road. Nice Car 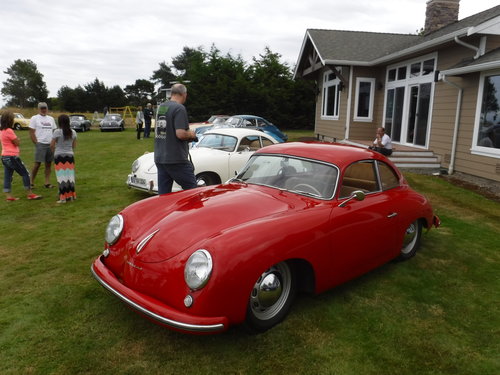