Just curious - at a seriously judged event, are the inside door panels removed so that the original number can be confirmed? I can't imagine this happening - if I had a mega-dollar restoration, I wouldn't want judges disassembling it!
Eric Cherneff
1966 912

It's not about concours points, it's about having all the parts original to the car as it left
the factory and the information that gives as to accident history etc. For some this is important, to others, not. For those who care it adds value, those that don't won't likely pay the premium. However, if you were to provide the judges with photo documentation
of the match I bet it wouldn't hurt your score.
Top

Eric, in my experience there is no Concours d'elegance judging which requires the removal of any panels. Only possible exception might be panels covering judged components such as batteries on 928 or 944. Never seen any event which would involve removing screwed-down upholstery panels.

Porsche 356 judges would only be able to consider panel numbers which are visible without any disassembly.

Own a 1963 356B for many years. I still don't know where to find the ex-factory chassis and engine number for my car. Can someone help me?
Alex
Hong Kong
Top

My car is a'63 Karmann coupe. The latches, both deck lid and luggage compartment are stamped with the last two digits o VIN (chassis number). In discussions at the recent ECH, I was surprised to discover that of the several knowledgeable patrons surveyed, none were familiar with this practice. Is this standard practice for Karmanns or does this apply to all 356s?
Steve Hatfield
Fort Walton Beach, FL
'63 S90 Sunroof Coupe
'06 997S Coupe
Top

1959 push rod cars may have, not always, bumpers and mounts with numbers. Personally having disassembled many 356's I have not seen bumpers and or mounts numbered except on Convertible D's.....6 in fact. If anyone has seen others, I would like to hear about them.

Generally hinge post covers are numbered. Normally, D and Roadster windshield assemblies have two or three of the VIN, probably because they are specific car built, as are most open car folding tops. Not always.

The view to the general early 356/911 interested, numbers matching has expanded recently to include reference to parts that have a date stamp. To a few it has always been paramount. Wheels for example. "Numbers matching" wheels, generally denote a date prior to the assembly date, sometimes months, and 'matching' brands. Wheels are among the first casualties on 356's, and if someone has solid information that all wheels on a specific car were exactly date/manufactured matched, I would also like to hear about that.

Of course the "list" folks find important with date stamps literally includes all bolt on parts with a few exceptions. Recliners, regulators, carbs, distributors, glass (good luck on that), electrical components and so forth, and to them equal to "numbers matching" in importance. And brands, bolts.

And sometimes on an original car, panels were not numbered; some had wrong numbers. And I bet there was a lot of variation in the factory on "date" matching..........

Remember "HAND BUILT", by humans. That probably had a few at lunch. 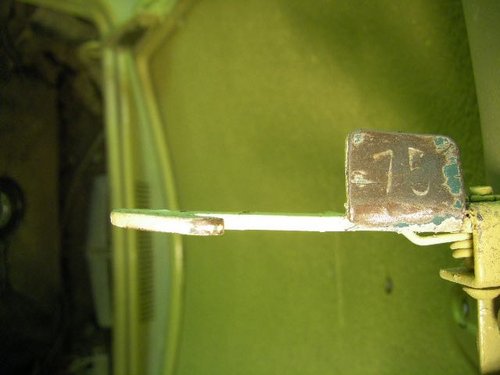 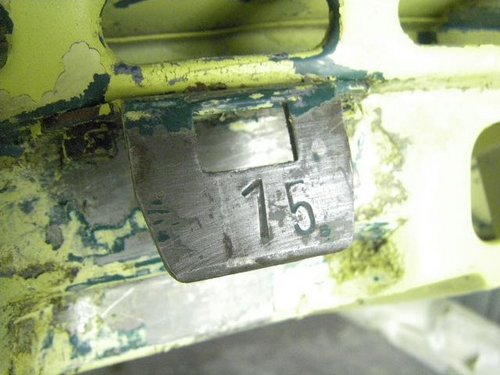 My roadster has the flip lid for the gas cap access stamped with the last 2 numbers of my vin.
59A Coupe
64C Sunroof
Top

After reading all of the above, and all the different "stamping variations..." (never heard of a gas cap stamped before) how do we know which one is right?

Two questions:
1. What prevents anyone - nowadays - from stamping (stenciling) numbers on selected parts making them "match" the CA or Kardex?

2. How do we know the actual stamps on a car are original from the factory?
Top

Miguel Antonetti wrote:After reading all of the above, and all the different "stamping variations..." (never heard of a gas cap stamped before) how do we know which one is right?

Two questions:
1. What prevents anyone - nowadays - from stamping (stenciling) numbers on selected parts making them "match" the CA or Kardex?

2. How do we know the actual stamps on a car are original from the factory?

1. German (Porsche) font and application pressure is unique and difficult to accurately replicate.
2. We don't. This is not an exact science. But orientation, depth of impression of the stamping along with the style of the impression all contribute to the authenticity.
Steve Hatfield
Fort Walton Beach, FL
'63 S90 Sunroof Coupe
'06 997S Coupe
Top

I'd hope ethical considerations might play a part also.

We are talking about money, ethics take a back seat.

Jim Breazeale wrote: Ron
We are talking about money, ethics take a back seat.
Ciao
Jim

Not always, Jim, otherwise there would be no civilization. Most people do right most of the time, and if those who do bring civil pressure on the others, well, things do get better.
I've known most of the folks I deal with 'here' for many years; none have ever cheated me, and I have never intentionally cheated anyone else.
Remember a certain strange cabriolet claimed to be 'factory experimental'? It was busted by people of good will.
Ron LaDow
www.precisionmatters.biz
Top
Post Reply
42 posts