Interesting pictures and description of what was wrong. Sorry to see.
Eric Wills
Top

Hi Jim
I am puzzled by your #1 comment. the best method is to use the proper 12.9 bolts. never use lock plates under the head. the proper bolts have a groove to fit the lock plates. Locktite 271 is acceptable also. if your present rebuilder suggested that remedy you are in trouble.
j
Top

Lock plates need to be installed underneath the bolt heads? What the ****?
Eric Wills
Top

I am not an expert at all, quite the opposite, however - It is the locking tabs that are securing the ring gear. (I think) In looking at the workshop manual - they are shown and referenced on R 37 and R 39 and item 5 on R 40
Top

that is the discontinued way the lock plates compressed and the bolts came loose and usually broke and made a mess. look in the Stoddard catalog to see the current parts.
j
Top

When using new ring gear bolts, the torque spec listed in the shop manuals is no longer correct, and was updated with a factory bulletin many years ago.
Eric Wills
Top

Thanks
I will check that.
Top

Would any of you have a copy of the revised / updated information ?
I only have the shop manual, not the supplements / updates / bulletin's
Top

Jim, this was the final and best lock plate arrangement for securing the ring gear bolts, as of August 1962.

Pictured below the bulletin are the ring gear bolts currently available from Porsche, for all 356A, B and C models except for transmissions using a ZF limited-slip differential.
No. 741.332.271.07, grade 12.9, with slotted heads for fitting lock plates. They measure 24 mm in length under the head.

The correct torque spec for these bolts is 8.0 mkp (58 lbs-ft), as listed in the small factory Specs booklet, page 89. 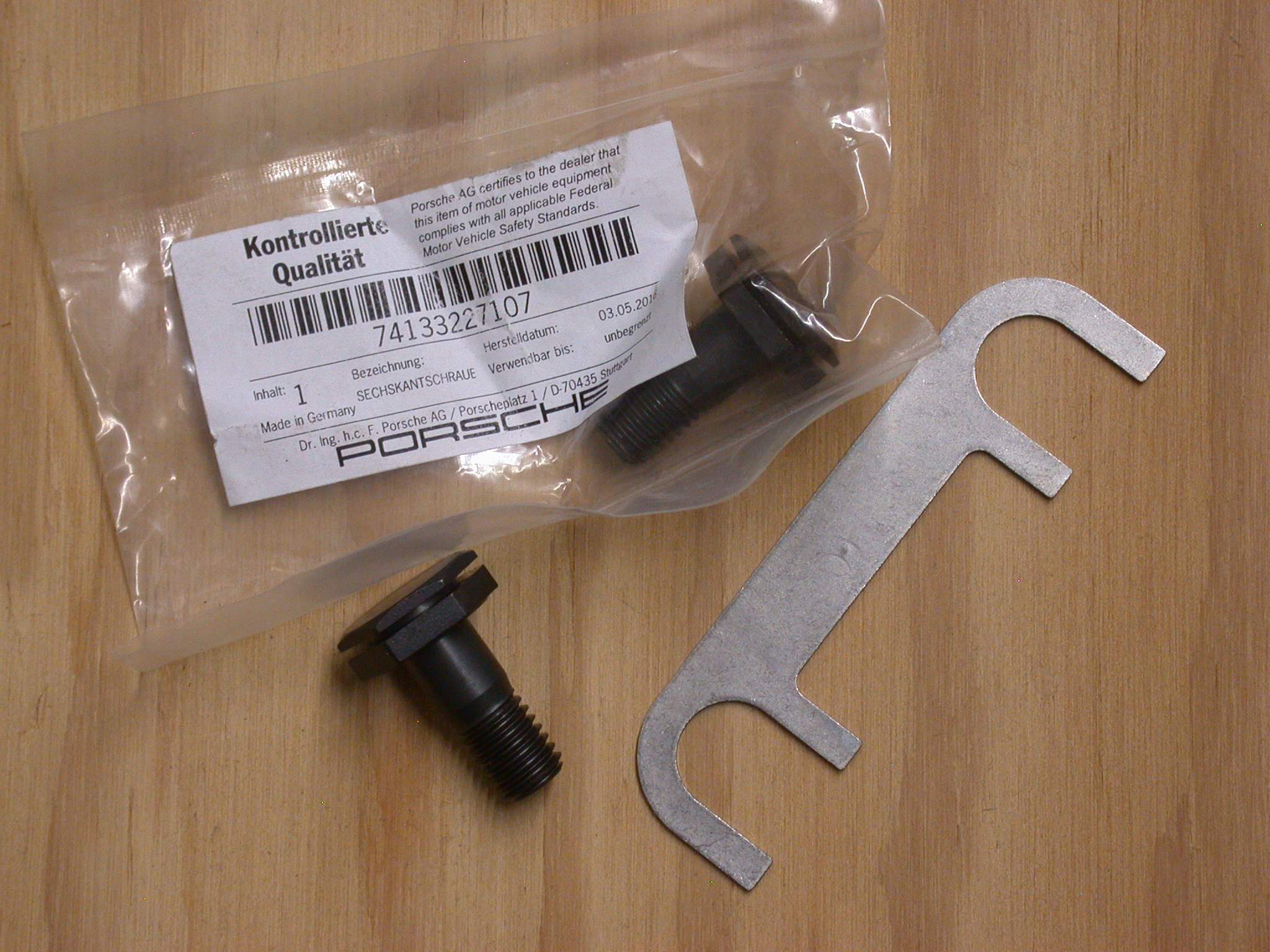 The bearing cover oil seal should have been installed from the inside-out, to prevent the damage shown in your photo on the bottom of the previous page.
This is the correct way to install an oil seal in the bearing cover... 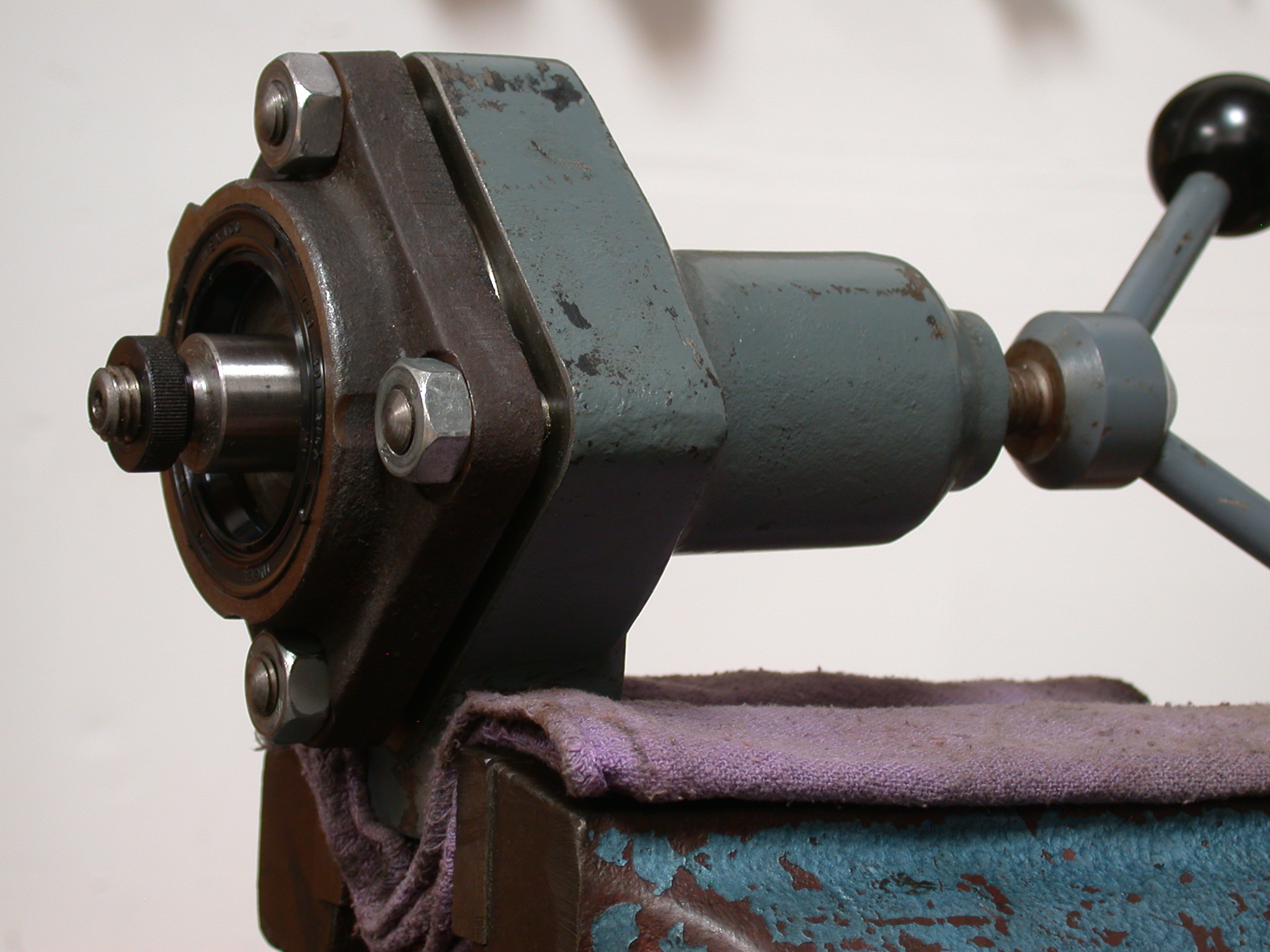 One important note about the "lock plates". They can not prevent the bolt from turning if the torque is lost. For a long time, I have presumed that the tabs are there to keep the broken bolt heads from falling into the transmission.
Several years ago I was proven correct when I found one broken bolt head still attached to the lock plate.
Just recently I dis-assembled a transmission that had ALL SIX bolts broken, and still held by the lock plates! I think I posted a photo on some other topic.
Incidentally, I do not use the plates in race transmissions; 65 ft-lbs torque and Red Loctite. No problem.
Top

yes, I do have those "special" bolts installed.
Jon, that device looks like it pulls the seal in from the front ?? looks very specific and handy for the task.
Top

What type if any washer goes under those bolts?
Top

Jim, the tool was designed to install the oil seal from inside the bearing cover. The tool's inner rings are sized to fit inside the seal.
The tool is shown in the pre-A and A factory manuals, but only referred to in the B/C manuals.

The bearing cover has a smooth, gradual lead-in from the inside, while outside edge is sharp. This is why the seals are often damaged when installed from the outside, as yours was, and also the used seal in my photo.
The cover's sharp edge can be chamfered and smoothed to install the seal from the outside.

There were also simple press pads, similar to the pieces in the lower photo, to press or tap the seal in from the inside. A thin piece of pipe would work too. 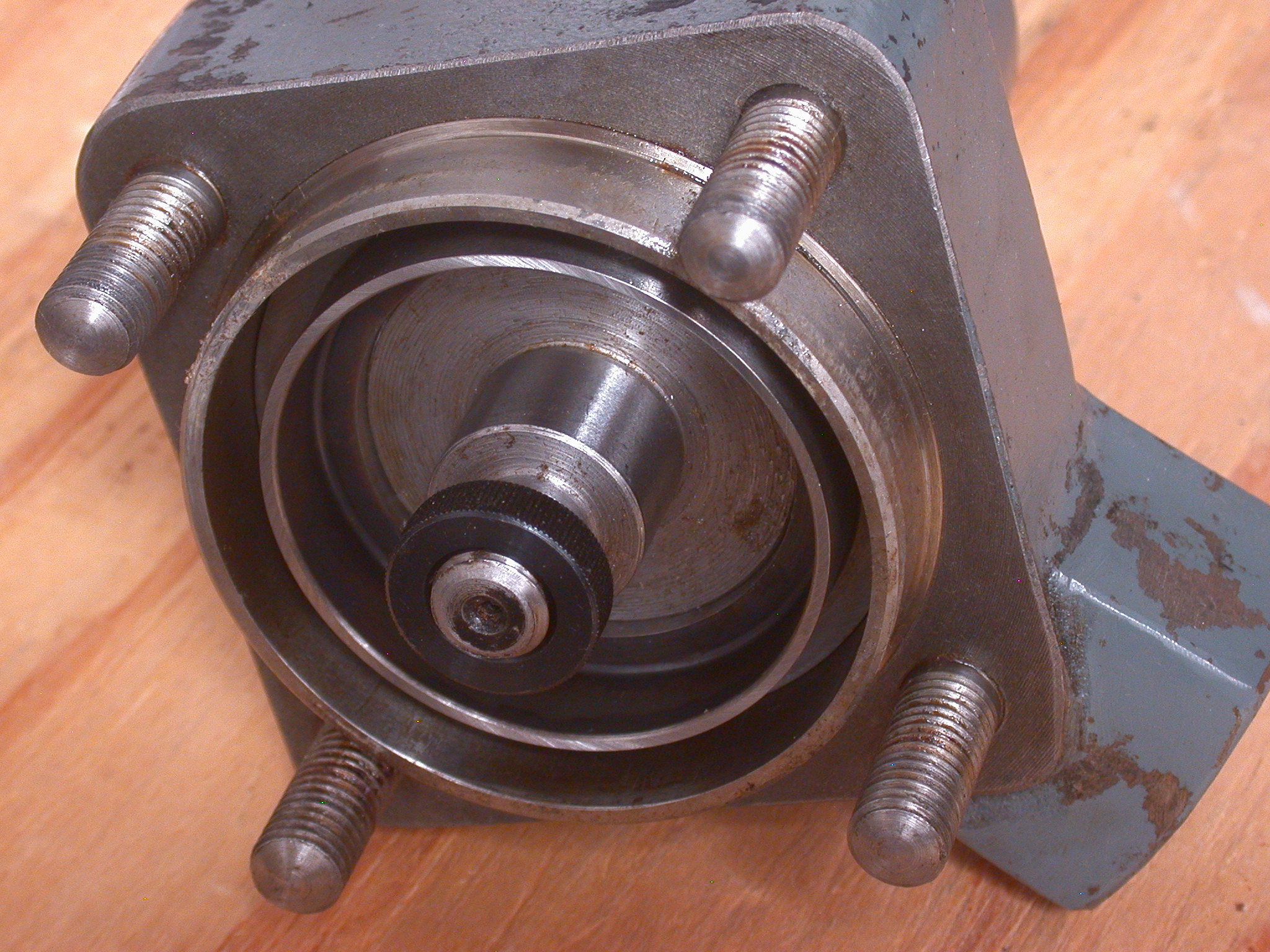 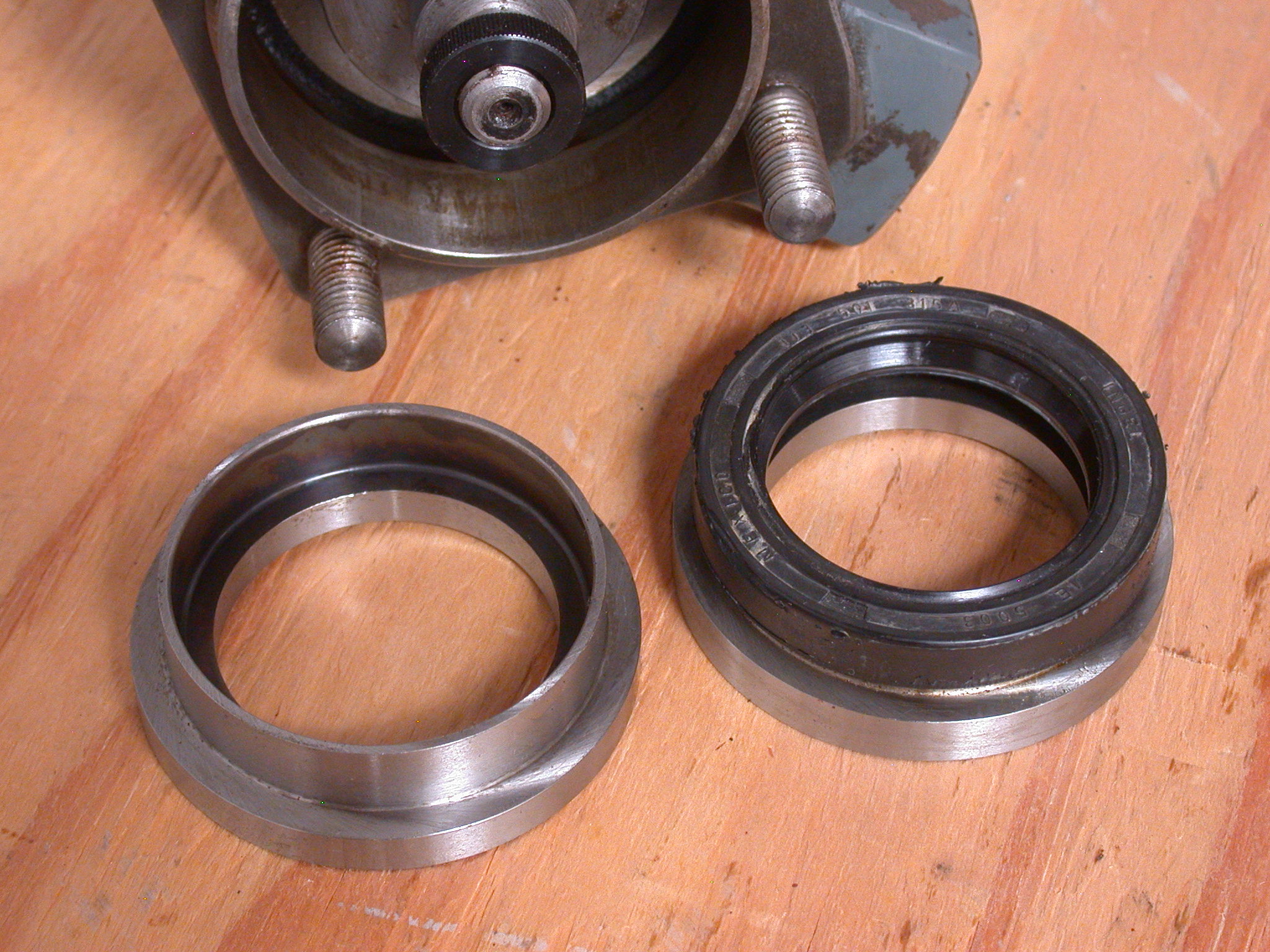